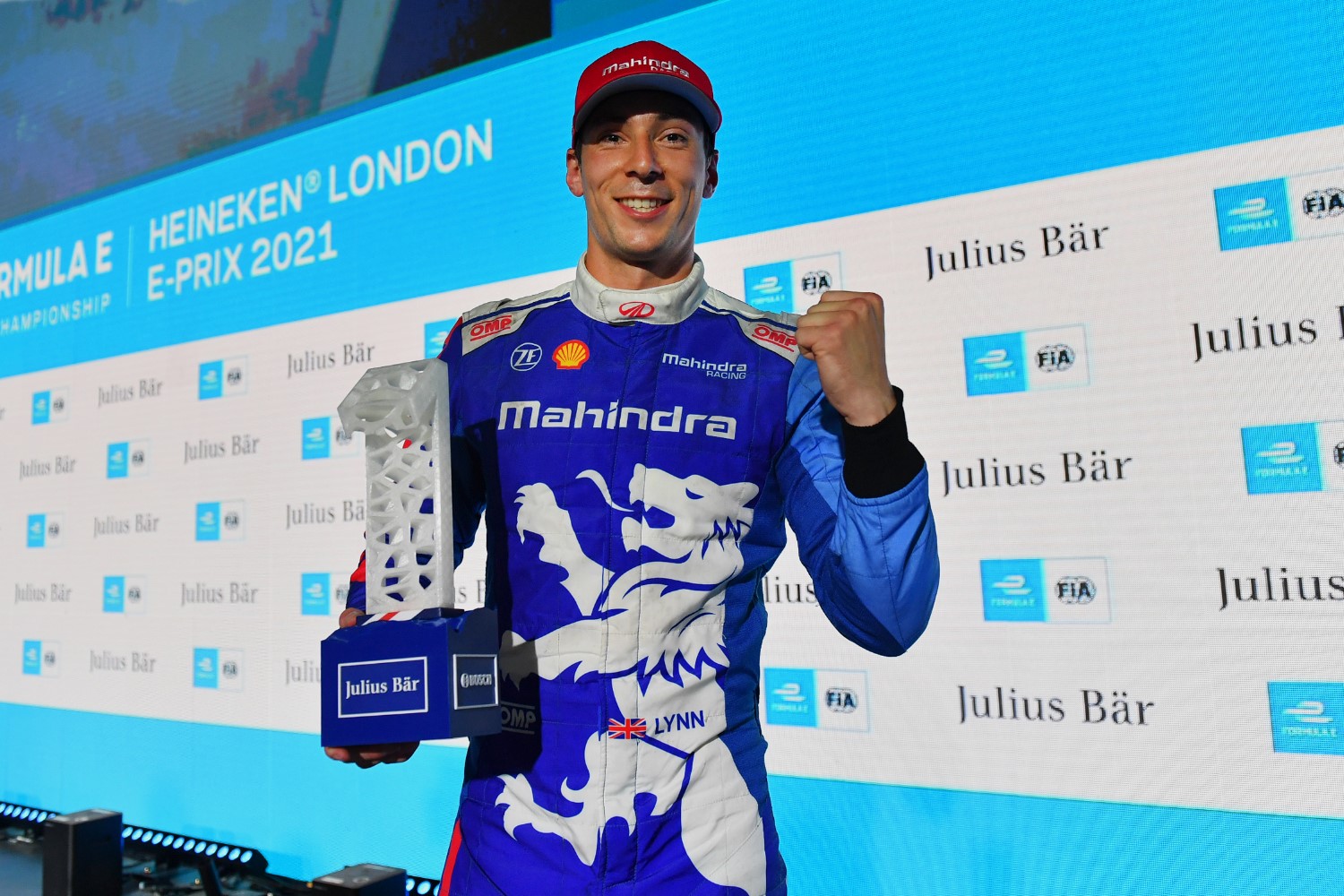 Lynn, who is on course to lose his ride next year, ran in second position over the final of 30 laps when the Audi of di Grassi was penalized for a pitlane infraction that ultimately dropped him to 8th.

Audi’s Allan McNish, lobbied the FIA race stewards to overturn the penalty prior to the checkered flag, but he lost that argument.

“It’s hard for words to be honest. It’s as special as it gets. I’ve never felt something like this. Formula E has been a difficult one for me so to win is very special. I’ve got a huge crew behind me that I have to thank. I get the pleasure of driving around their hard work, and I can tell you there isn’t a group of guys and girls that stay longer and wake up earlier than them. I honestly can’t believe this has happened. It’s incredible.”

“I have to admit I’m a bit disappointed with P2. First of all, I feel sorry for my teammate (Stoffel Vandoorne), he deserved the win today if it wasn’t for Oliver Rowland taking him out. We were a bit unlucky with the safety car when we just activated the attack mode, that made me a little bit vulnerable after the re-start. And then Lucas di Grassi was there which I was surprised to see because he shouldn’t have been there. At the end, the energy targets were so high, so I wasn’t able to get alongside him. I made quite a lot of mistakes trying to push but the targets were too high to ever be in a position to make a move.”

“A bit of an unexpected podium for me. At parts I actually thought I was out the race. I didn’t have a clean first few laps, and after the Rowland and Vandoorne incident I made a mistake, Günther got me and I made a stupid move into him and broke my front wing, and I thought I would be out the race. But with a bit of luck the wing flew off and I was able to continue. I missed my second attack mode which I couldn’t believe. I thought I gifted it to Frijns, but lucky I was able to activate it later and make a good move on him and bring it home. A bizarre race and I’m a bit surprised to be on the podium, but roll on Berlin.”