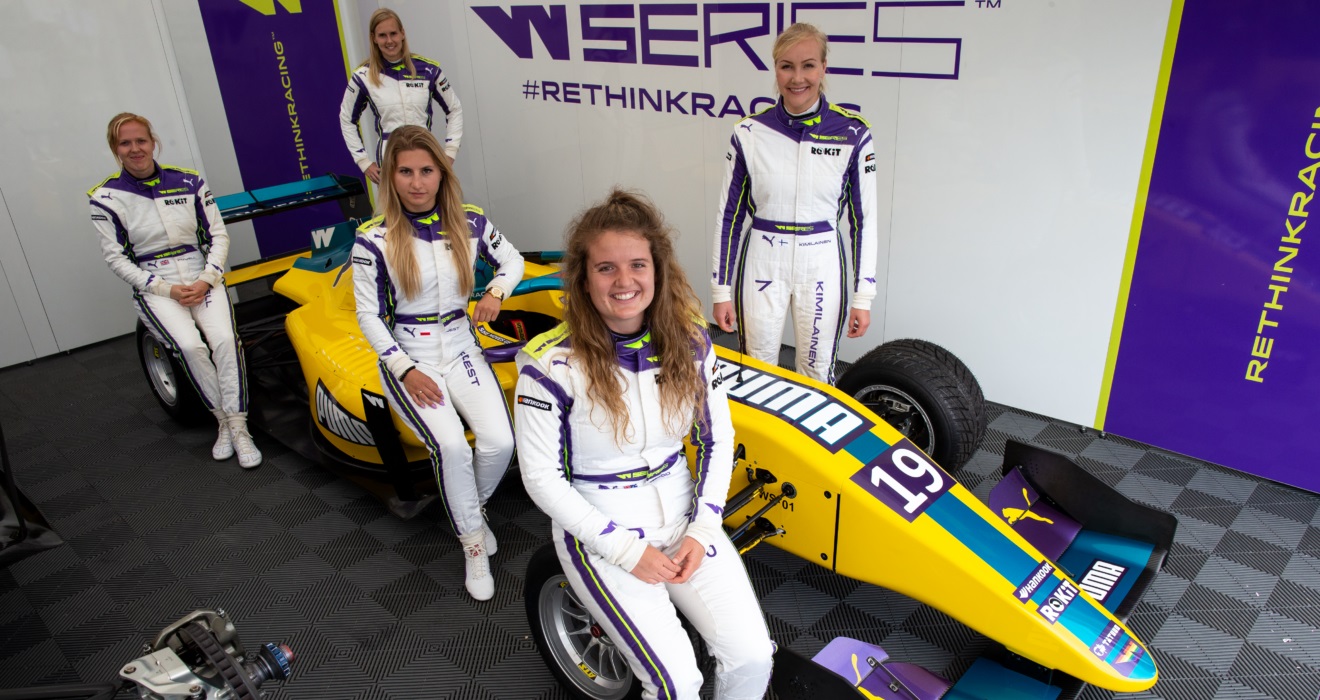 Hungary, where round four of the 2021 W Series season will be held this weekend, is over 1,000 miles from the series’ UK base. However, for Caitlin Wood – who will race for the first time this season at the Hungaroring – it is 10,000 miles from her home in Australia.

The 24-year-old from Maitland, New South Wales, is a reserve driver for the international single-seater motor racing championship for female drivers. In Hungary, she gets her first opportunity to race at the wheel of the PUMA W Series Team’s Tatuus T-318 car since narrowly missing out on automatic qualification for season two at the final race of W Series’ inaugural campaign in 2019. But Caitlin – who is based in Kettering, UK, and has not been back to Australia since the start of the COVID-19 pandemic – knows the Hungaroring well having raced there in the European GT4 Series in 2016.

Other W Series drivers who have raced on this track just outside Budapest include Alice Powell (Racing X, GBR), Beitske Visser (M. Forbes Motorsport, NED) and Gosia Rdest (POL), who will be the reserve driver this weekend. Emma Kimiläinen (Ecurie W, FIN) has only tested at the circuit, but there is a special affinity between Finland and Hungary as the two nations belong to the same linguistical family and share several cultural and historical ties.

The battle for the W Series title and $500,000 winner’s check is intensifying, with double race-winner Alice Powell (Racing X, GBR) leading the standings by six points from 2019 champion Jamie Chadwick (Veloce Racing, GBR). While the top of the table is very much a British affair with Sarah Moore (Scuderia W, GBR) in third place, two podium finishes from the first three rounds mean Fabienne Wohlwend (Bunker Racing, LIE) is fourth.

The track, situated 24 kilometers from Budapest, was first used for a Formula 1 Grand Prix in 1986 and has been the home of the Hungarian round every year since, making this the 36th World Championship race to be held there. It is 4.381 kilometers (2.722 miles) long and notoriously difficult for overtaking, so a good qualifying position is imperative. This is also a track where the drivers’ fitness is pushed to the limit as the ambient summer temperatures in Hungary often top 30 degrees Celsius.

Dave Ryan (Racing Director, W Series) said:
“Going from fast and flowing Silverstone to the tight and twisty Hungaroring will pose the drivers with a very different challenge and one that will be good for their development. Hungary is a very technical track which can take some time to learn, so it’s almost certainly a big advantage for a few of the drivers who have raced there before and added pressure for those who haven’t, so all the ingredients for an interesting race weekend are there. It’s also great to be able to give Caitlin Wood seat time in the PUMA W Series Team’s car this weekend. She had a good pre-season test in Wales and has been at every round of the season so far working hard for us, so she deserves the opportunity. But there is no question that it will be tough for her – the other drivers have three races behind them so she is definitely up against it.”

Emma Kimiläinen, 32, Finland, Ecurie W, said:
“Fans from Finland have always flocked to Budapest for the Formula 1 Hungarian Grand Prix, and I’ll be trying hard, alongside my compatriots Valtteri Bottas and Kimi Räikkönen, to give them lots to cheer about this weekend. I am the most experienced driver on the W Series grid at 32, but Kimi is 10 years older than me and watching him perform consistently at the highest level is so inspiring.

“The Hungaroring is a twisty, technical circuit and, with overtaking chances limited, the W Series qualifying session will be crucial. As a driver who relies on feel and instinct, I often find my rhythm early in the weekend’s running so that suits me.”

Caitlin Wood, 24, Australia, PUMA W Series Team, said:
“It’s great to be back and the Hungaroring is one of my favourite circuits having raced there in 2016 in the European GT4 Series. The circuit is quite technical so you have to know where to position the car to get the most out of it, but the rhythm is really cool. It’s going to be tricky because I haven’t had the three rounds of seat time that everyone else has had. The fact that I know the circuit helps, but I’ll need to be smart and focus on myself. There is pressure because I want to perform. I’m preparing myself well and working with the right people to set myself up to do a good job. Hopefully that rewards me with more drives this season because I’m loving being here and I want to be in the seat.

“I’ve been at every round so far this season watching and learning from the other drivers and I know I need to work as hard or harder than all of them. After the disappointment of just missing out on automatic qualification at the end of season one, I have a very refreshed outlook for 2021 and I feel comfortable and confident in my ability to do a good job. Every setback is a chance to be better and I’ve tried to learn and improve on 2019. I did well at the pre-season test in Wales and that’s given me this chance to get back in the car. It’s amazing to be supporting Formula 1 and now I want to show my pace and enjoy a good weekend in Hungary.”