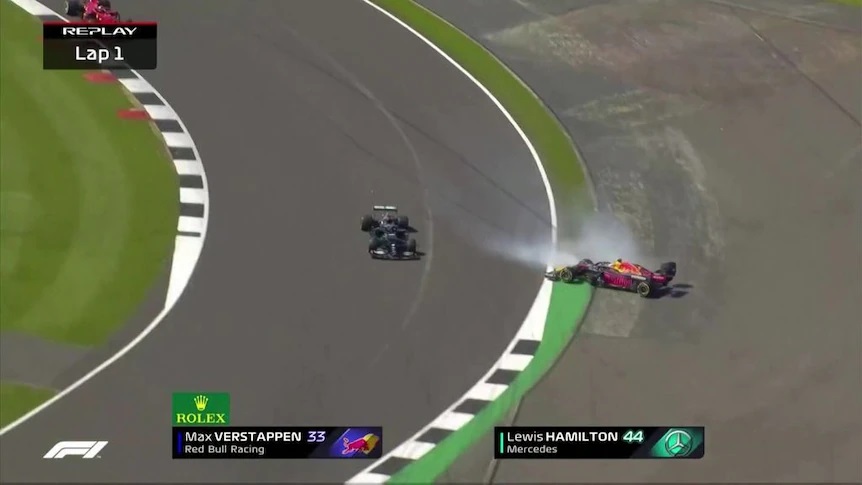 Red Bull and Mercedes have been summoned to see the F1 stewards in Hungary after Red Bull launched “a petition for review” for Lewis Hamilton’s British GP penalty.

Red Bull and Mercedes have now received summons to a stewards hearing which will take place at 4pm local time on Thursday, July 29.

The FIA’s international sporting code does allow a right to review, but requires that “a significant and relevant new element which was unavailable to the parties seeking the preview at the time of the decision concerned.”

Red Bull has applied for the right to review within the permitted 14 days, meaning the stewards will now convene to consider whether what Red Bull submits qualifies as new information. If not, it will be rejected, but if it is accepted, then the stewards can re-open the investigation.

Red Bull have lodged a petition for a right of review of the penalty given to Lewis Hamilton at the British Grand Prix.

To be permitted, it requires a “significant and relevant new element which was unavailable to the parties seeking the review at the time of the decision concerned.”

Red Bull has hinted that Hamilton’s speed through the corner would have never allowed him to make it through without hitting Verstappen. The rest of the race his speed in that corner never approached what it was when he took out Verstappen – Red Bull will argue on purpose. 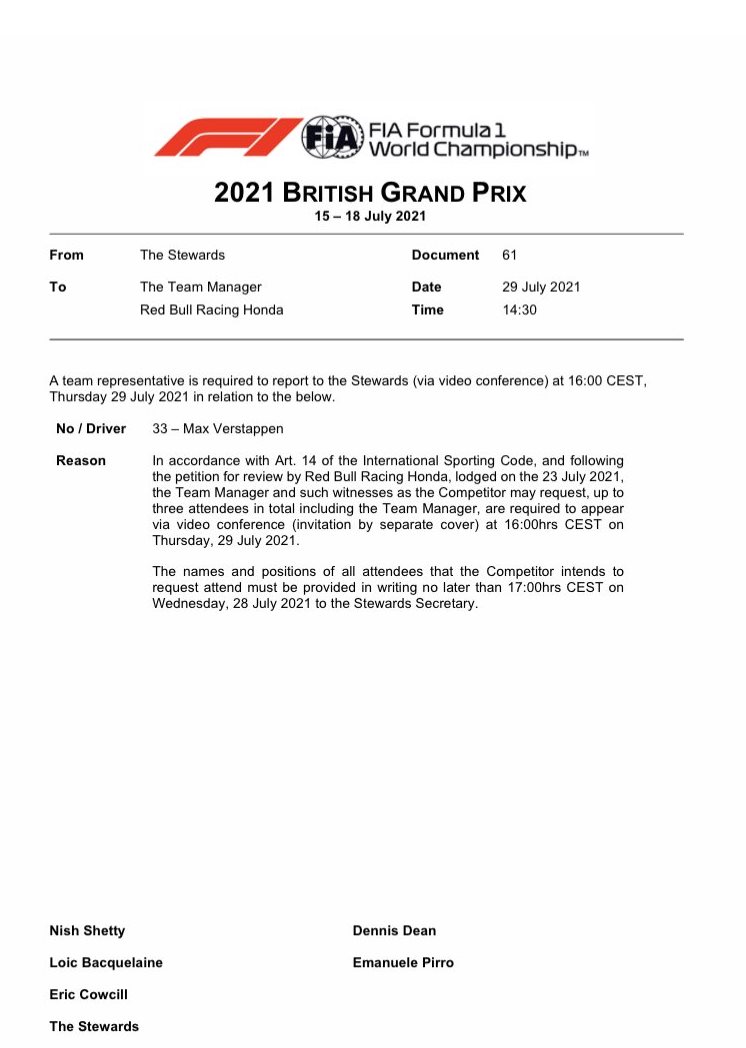