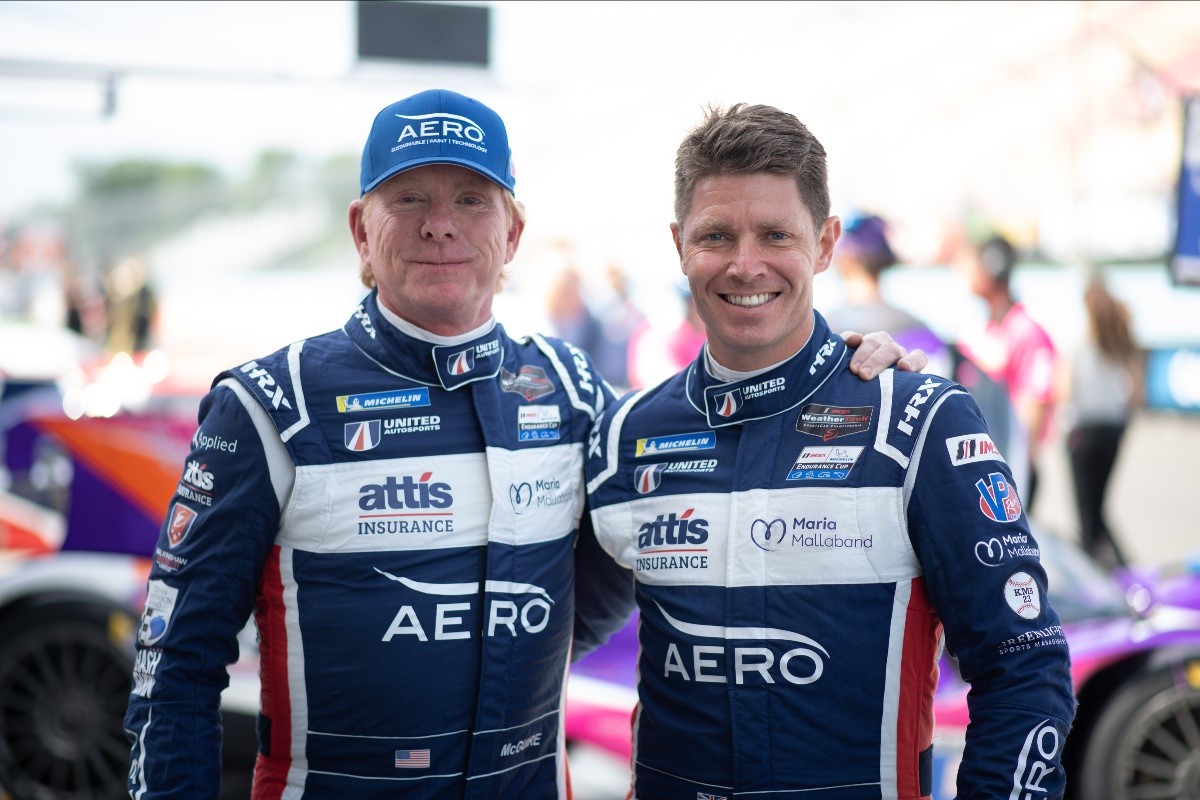 United Autosports announced that Guy Smith will join their Road to Le Mans team for the 2021 event, racing alongside Jim McGuire in the Ligier JS P320.

Although Guy will be making both his Road to Le Mans debut and his LMP3 debut, he is no stranger to Le Mans, having raced there eight times before in the 24-hour race. The last time Guy raced there was in 2013, making his debut at the prestigious event in 2000. In 2003, Guy won the race as a Bentley factory driver. The following year, Guy started the race on pole position and led the majority of the 24 hours before a mechanical problem caused them to lose out on a second consecutive win by just 30 seconds.

Guy will be racing alongside Jim McGuire (both shown above), who he is currently racing in the IMSA WeatherTech SportsCar Championship endurance races in the #22 Oreca 07. The pair, along with Wayne Boyd finished third at the last round at Watkins Glen at the end of June. Jim has raced in the Road to Le Mans event for the last four years.

Although Guy has raced a number of different cars over his successful racing career, this will be the first time he has raced an LMP3 car.

United Autosports will also be entering the Road to Le Mans event with their full-time Michelin Le Mans Cup cars, which includes Guy’s long-time friend and business partner, Andy Meyrick. Andy will be racing the #32 Ligier alongside Daniel Schneider. Championship leaders Gerry Kraut and Scott Andrews will team up in the #22 Ligier, while Duncan Tappy will be stepping in for Wayne Boyd, racing alongside John Schauerman, who is currently lying third in the LMP3 championship.

The Road to Le Mans event consists of two practice sessions, two qualifying sessions and two 55-minute races. The first race will be held on Thursday 19 August, with the second race on Saturday 21 August, just before the start of the Le Mans 24 Hours.

Guy Smith
“I’m looking forward to the Road to Le Mans event. It’ll be my first time at Le Mans since 2013, so I’m going to be like a rookie again. But I’m looking forward to it. It’s always a fantastic circuit to drive and it will also be my first time in an LMP3 car. I’m excited to try it. It’ll be good to drive with Jim and hopefully we can get a good result and maybe get on the podium.”

Zak Brown
“I’m pleased to welcome someone of Guy’s caliber to our Road to Le Mans team. He has a wealth of Le Mans experience, which will stand us in good stead ahead of the Road to Le Mans weekend.”

Richard Dean
“It made sense to for Guy to race alongside Jim in this year’s Road to Le Mans event as Guy is the reason Jim got into racing. Jim loves the Road to Le Mans event so to welcome Guy to the LMP3 team for the first time is great. Although he’s never raced an LMP3 car before I’ve no doubt he will get up to speed quickly and his previous Le Mans experience will be helpful for Jim and the team.”