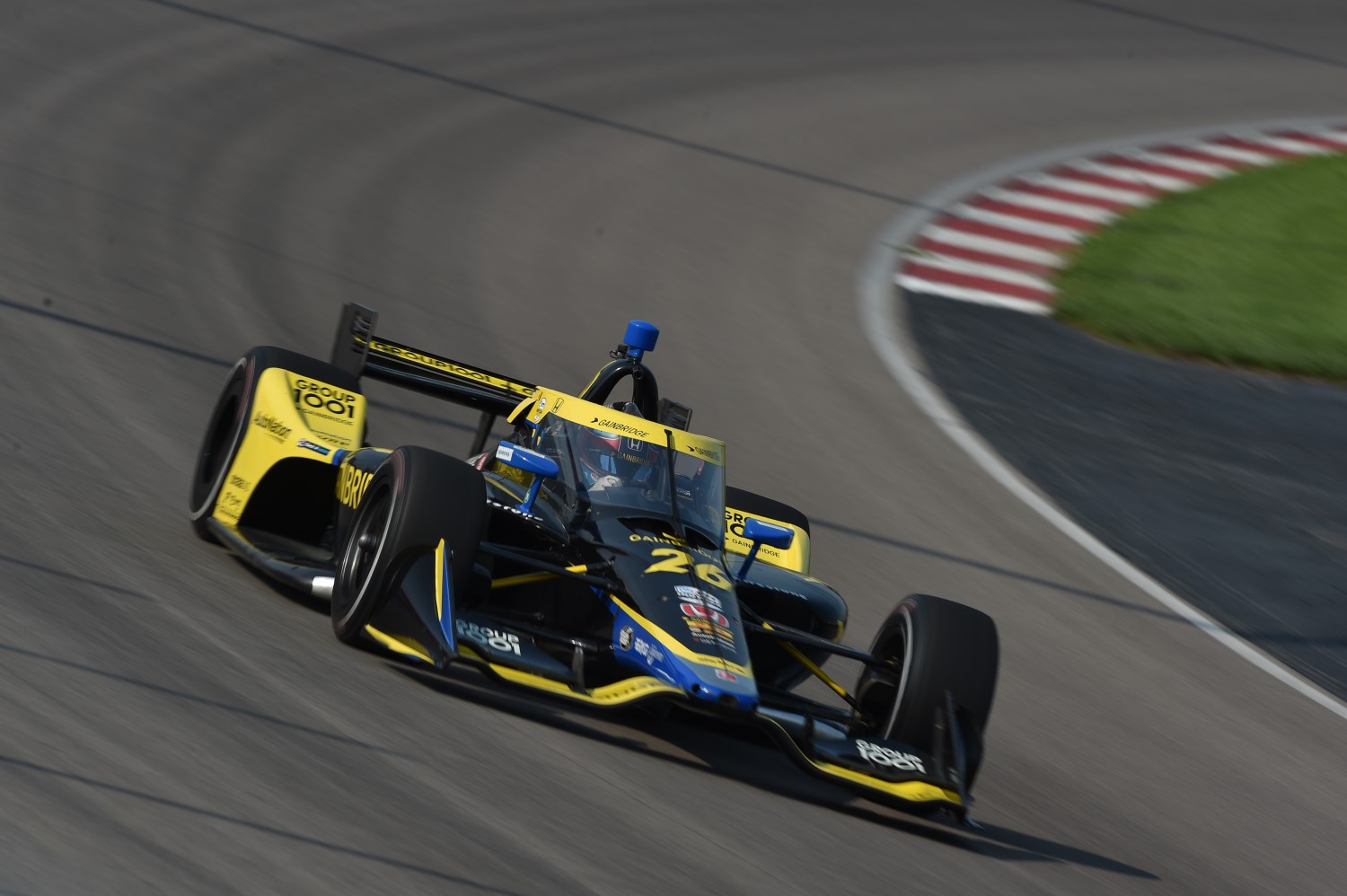 Ed Jones was an impressive 4th in the #18 Dale Coyne/Vasser Sullivan Honda.

Ryan Hunter-Reay and James Hinchcliffe rounded out the top-6  and gave the Andretti team 4 of the top-6 speeds and Honda powered cars 5 of the top-6. Of course, no one was showing their true hand until race weekend.

Romain Grosjean showed himself well for the first time on an oval.  He turned 166 laps and was 8th quick.