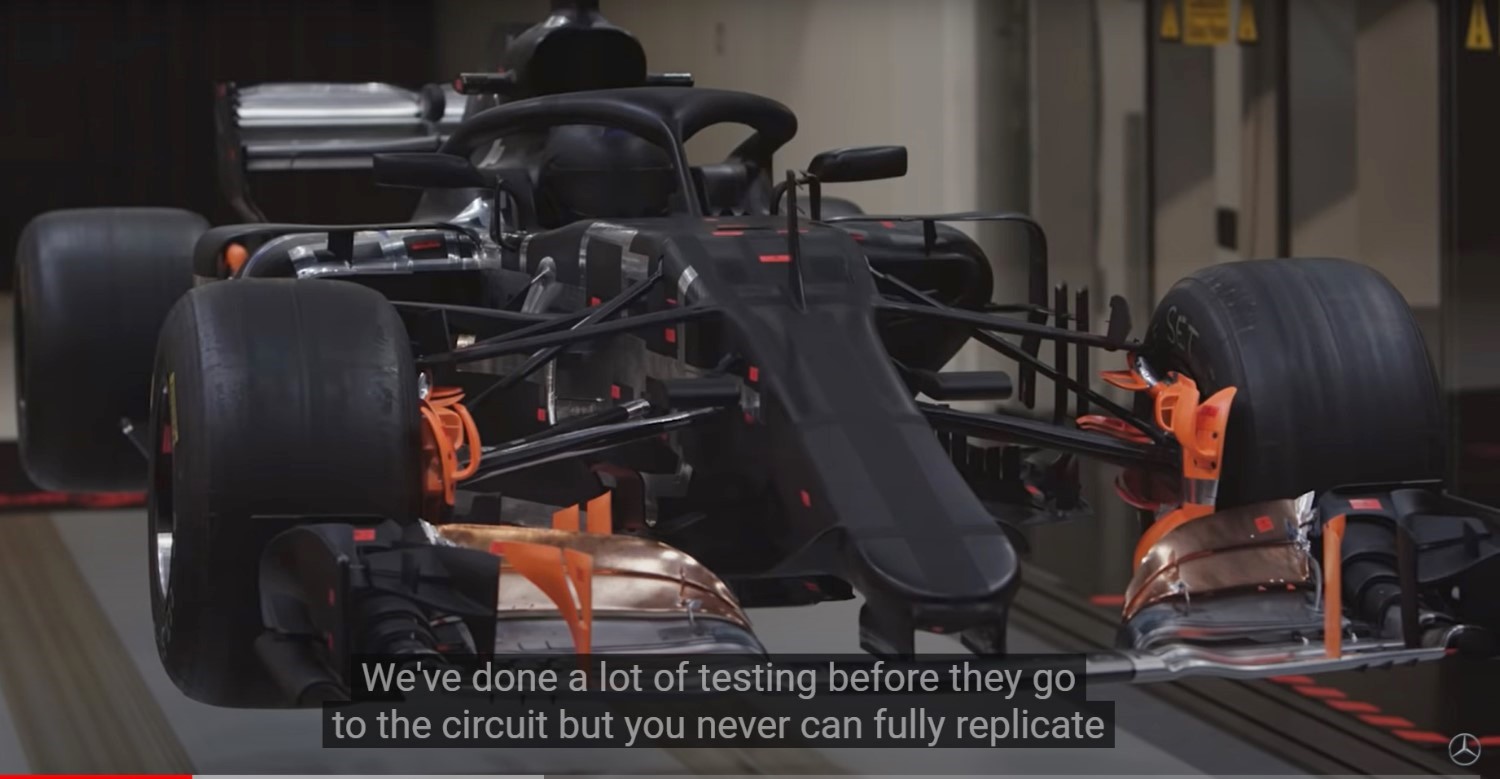 How do teams decide what to upgrade on their cars?
As with most things in Formula One, planning and detail are everything. When developing a car and deciding what to update, teams first have to put together a plan of what needs to be worked on – where are the strengths we can maximize further and where are the weaknesses that we can improve?

When choosing an upgrade, you must focus on the areas that are going to produce the most performance in the quickest timeframe, and also find the balance between where you go looking and the size of the project you take on.

As a rule of thumb, the bigger the part, the longer it is going to take to design, manufacture and bring to the track. Teams also have to consider how critical a part is to the structure of the car. A crucial structural part such as the front and rear wings, which are highly loaded, have to be put through rigorous tests to meet strict safety regulations, so those components tend to be defined and decided on pretty early.

Next up, when looking at aerodynamics, teams focus their attention on the floor and diffuser, which are big downforce generators and have long lead times. And then it’s about looking into the components that are smaller and quicker to make but bring a lot of performance, such as brake ducts, bargeboards and engine covers.

Once the areas of focus have been defined, the general process of bringing an upgrade to the track will depend on the component, but whether it’s an internal or external part, they all need to be designed and tested, before the decision is made to move forward with the concept or find another solution.

If we take an aero part as an example, the Aerodynamics department will come up with a range of concepts and solutions, which will then be designed and tested in Computational Fluid Dynamics (CFD) simulations. The best options will be turned into components for the Wind Tunnel model, where they’ll be trialed in the Tunnel, before the final solution is given the green light to be manufactured and brought to the track. This entire process can take several weeks, which is why planning the upgrades and creating a solid development timeline is so important.

Many of the innovative designs can’t be seen on TV, but instead lie under the bodywork of the car, such as the gearbox or cooling systems. Often, what we find here are lots of small things, which are easy to implement and can be introduced between the main upgrades.

One of the most interesting internal areas to upgrade is the engine, as all the action happens in the combustion chambers. Engineers can create and bring numerous updates to the engine, but from the outside, it’s hardly noticeable.

That was true for the DAS steering system that we developed for 2020, which was only visible because the drivers moved the steering wheel backwards and forwards, bringing to life an innovation that would have otherwise been invisible to the outside world.

What happens to the concepts that don’t make the cut?
What everyone sees being brought to the track is just the tip of the iceberg when it comes to upgrades. There can be hundreds and thousands of different solutions that are thought up in the design process, but not all of those will be put through testing – for example with aero components, going through CFD.

Every part has a hundred brothers and sisters that went with it, to try and find the best solution, with numerous people involved and hours and hours of work going into making every little detail count. Most of those brothers and sisters will never see the light of day, but that’s not to say they are completely wasted. Indeed, they create important learnings and bring inspiration for the next solutions – one of which will eventually make it to the track. Whether the part is internal or external, it’s all about trial and error, that’s how you improve and find the right direction.

How is upgrading a car different in 2021?
Upgrading a car in 2021 is not like any season that has come before, due to several factors. The first is the homologation regulations, which limit the parts of the car we can change. The COVID-19 pandemic caused the new regulations to be pushed back to 2022, and in a bid to save costs, the teams agreed to homologate – effectively carry over – large parts of the car.

Teams have only been able to change two tokens worth of structural parts, and the aerodynamic components – a considerable change from the usual rhythm of the development race across a normal season. On top of that, the Power Unit rules were also changed, with only one upgrade now permitted. Once that upgrade is introduced, the only changes to be made are for structural and reliability reasons.

The second reason why upgrading a car in 2021 is so different is the aero testing restrictions. Those restrictions are more severe the quicker the car you had in the previous season. As last year’s Championship winner, we get the fewest CFD and Wind Tunnel runs, so that is something we have to factor in, really ensuring we get the most out of every CFD or Tunnel session.

The third factor is the cost cap, which means we have to think even more carefully about where we use our resources to make the most of every opportunity we can. And all of this while trying to find the right balance between the 2021 car and the fourth reason… the 2022 regulation change.

This is a huge regulation change, not only in the rules themselves but also in how the rules are written. It’s a huge amount of work and careful decisions therefore need to be made to maximize the 2021 season while also giving the 2022 car the attention it deserves. Finding that balance is a familiar challenge from season to season but as we enter a whole new era of technical regulations, that challenge is much more intense.

What’s it like for the driver when an upgrade is brought to the car?
The drivers are constantly updated on the development progress of the car, so they know when things are coming, what to look out for and what feedback we’d like from them. Getting correlation between the Wind Tunnel and the real world is incredibly difficult, so the direct feedback we get from the driver is really useful for us to see how an upgrade has changed the car’s performance and balance.

“The first time you get on the track, it is really difficult to feel the differences in the car because you end up just going faster,” said Lewis Hamilton. “It can be disguised in the balance. The areas that you do often notice is if the rear is more stable, so if you get more rear downforce, that is often the one that you perhaps notice the most.

“It’s not always easy to feel it, but there is a huge amount of work that goes into bringing an upgrade to track – so much detail, so much design and then the build process. When you go to the factory and you see everyone at their workstations, head down, focussed, determined, staying overtime to get projects finished, it’s amazing. And then you see the ideas that get turned into CAD drawings, and then it becomes a physical piece – it is mind-blowing to see.

“The creative genius of all these individuals is super inspiring. It gets you excited, we’ve got new bits coming or there might be something that we’ve wanted for some time, but it takes months to build and when you finally get it, and you put it on the car, and you can feel the difference, it’s amazing.”