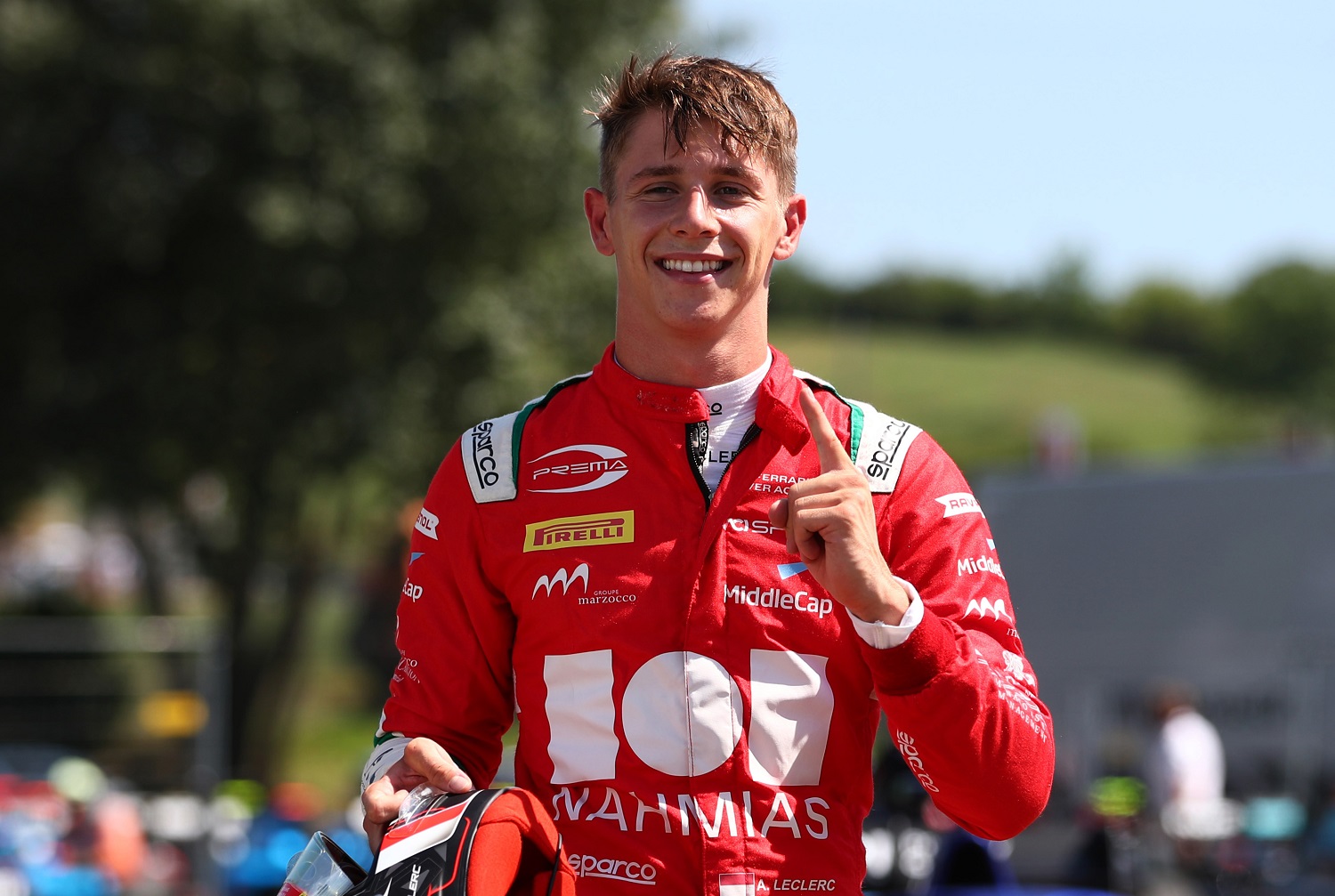 Arthur Leclerc enjoyed a dramatic turn of form in Qualifying, beating Championship leader Dennis Hauger to first place in Budapest for his maiden pole position. The Monegasque had never previously qualified higher than ninth, but soared to P1 at the Hungaroring with a 1:33.164. Hauger missed out by just 0.089s, while Trident’s Jack Doohan was only 0.096s off himself.

With track temperature reaching 64 degrees, as well as the rubber laid down by Formula 1’s first free practice, the cars headed out into vastly different conditions than the morning’s opening session.

Doohan topped the first set of push laps, although the Trident racer’s time was seven-tenths off the quickest lap in Free Practice. Championship leader Hauger nestled into second, with Amaury Cordeel impressively making it into the top three.

As the majority of the field headed into the pits for a change of rubber, the second Campos of Lorenzo Colombo remained out and squeezed another push lap out of his Pirellis. The Italian had never previously qualified inside of the top 10, but managed to steal first from Doohan, with 1:33.805.

Colombo dropped down to P10 when the field returned from the pits and gave the order a shake-up.

Leclerc had spoken about his need to improve in Qualifying on several occasions and the PREMA racer was delivering on this target at Budapest, leaping to provisional pole from outside of the top 10 with a lap of 1:33.164. Though, the Monegasque did have a three-place grid drop hanging over his head from Round 3, which would affect the opening race – but crucially, not Race 3.

Trident’s trio of drivers were up to second, third and fourth, with Doohan bettering David Schumacher and Clément Novalak for pace.

With three minutes on the clock, there was plenty of time for another tour of the Hungaroring, but the field were struggling to improve.

Jonny Edgar was amongst the few to punch in a better lap, jumping to 12th, to secure reverse grid pole for Race 1. Ayumu Iwasa was another to find further time in the dying minutes, taking P10 and dropping Colombo down to P11.

Hauger had one final attempt at beating his teammate to pole and despite struggling for grip, the Norwegian was able to haul his PREMA up to second place with seconds to spare.

Edgar will start ahead of Colombo in Saturday’s reverse grid Race 1, which takes place at 10.35am local time.