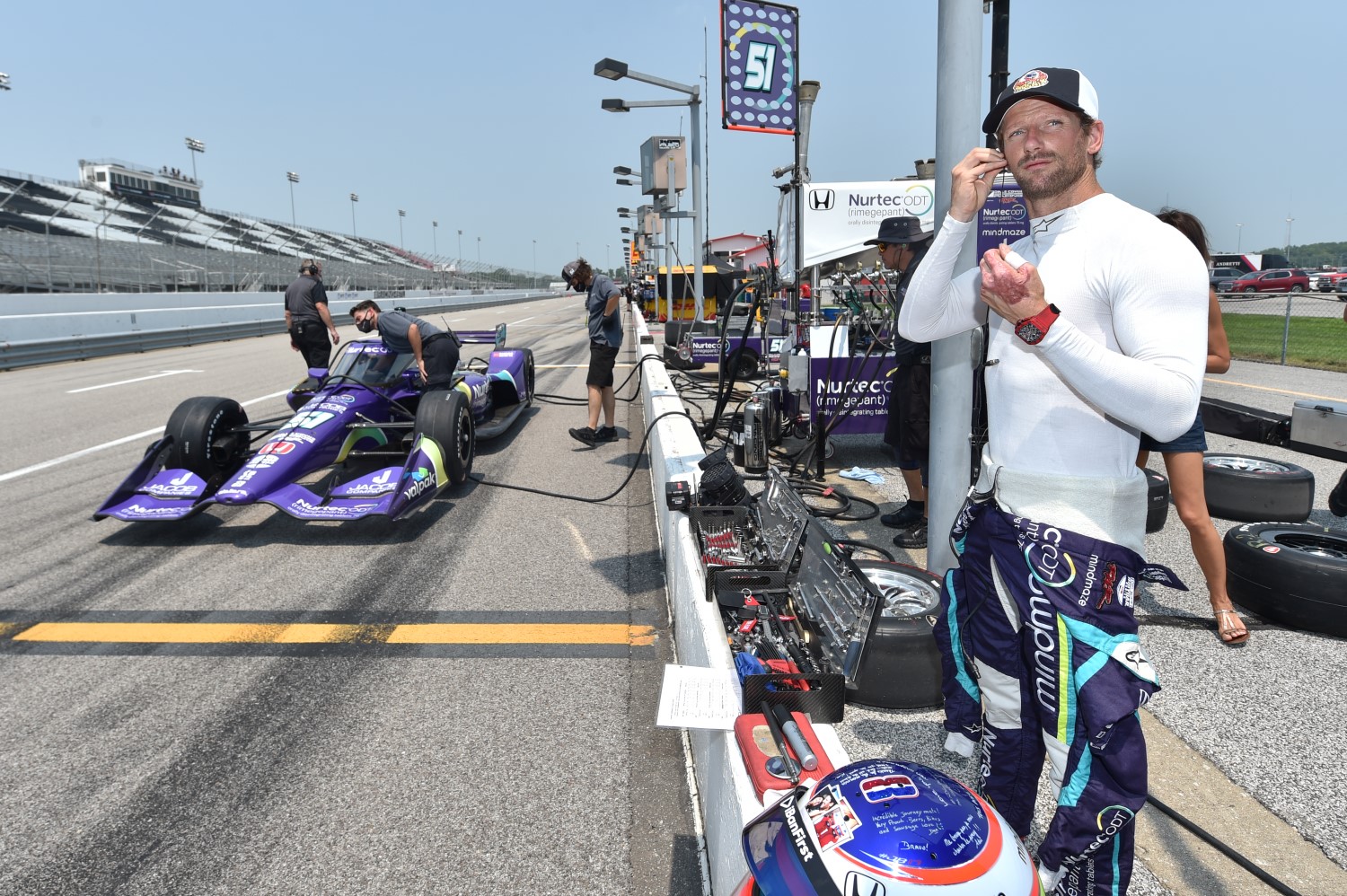 As any IndyCar fan knows, watching cars drone around in circles for up to two hours can make your head spin. It’s one of the many reasons why over 90% of IndyCar oval track events have gone belly up over the years – fans come once but never return.

Romain Grosjean got his first taste of driving an IndyCar on an oval this week at Gateway. His engineer Oliver Boisson said Grojean was hit with what Boisson calls a “typical” problem for oval debutantes. He got dizzy!

“When we went out it, was pretty much by ourselves so we did a baseline run, we did like 20-30 laps, and he got on really quick with it,” he adds.

“Every lap, he got a bit faster, he got pretty comfortable with the car.

“Then he got out of the car and got a bit dizzy at first. The first time on the ovals, it’s pretty typical for those guys just to get a bit dizzy and then for the brain get used to it, and then it’s fine.

“But after the first one he was a bit dizzy.”

Grosjean later said anyone who thinks driving an IndyCar on an oval track is easy is just plain wrong.