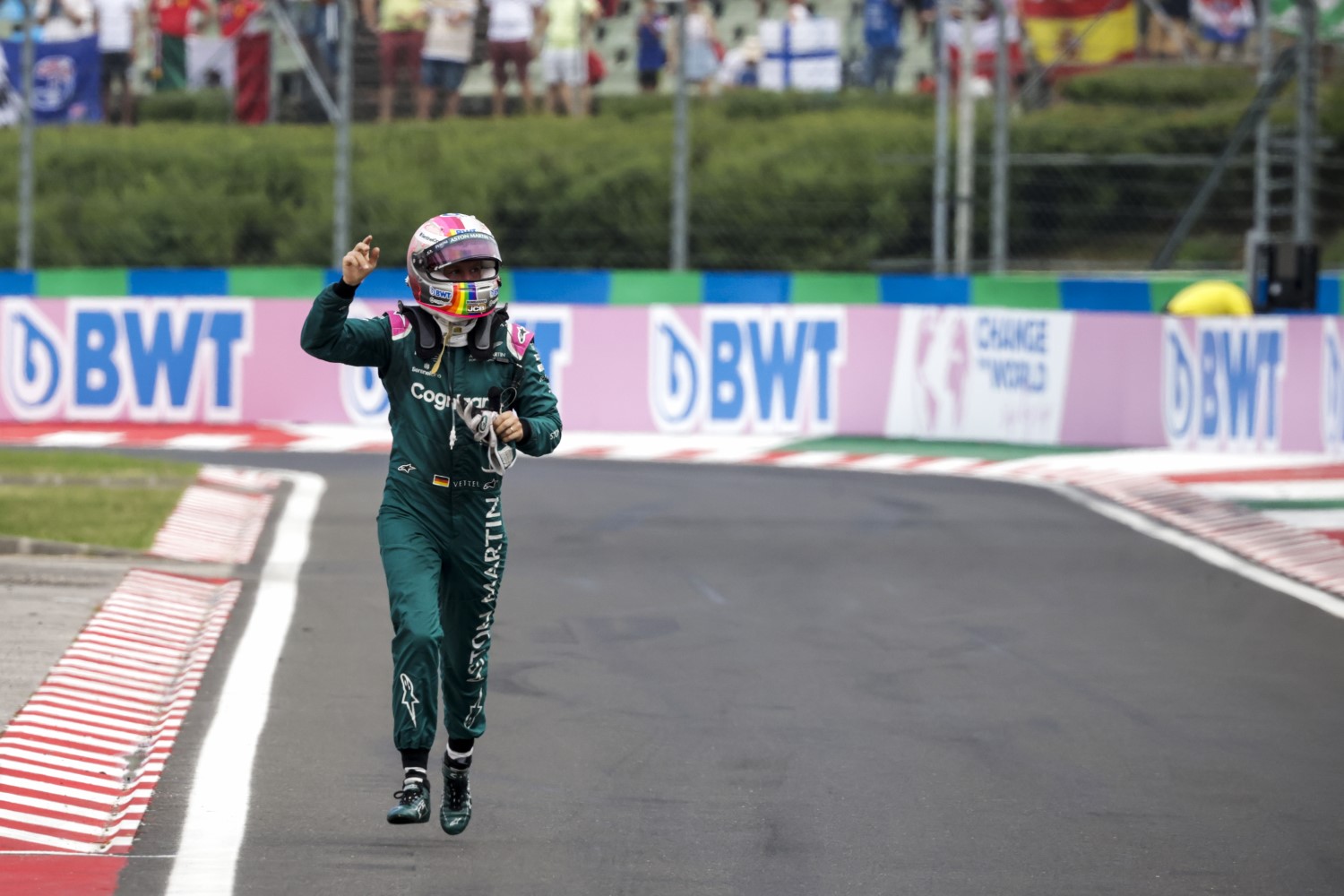 Sebastian Vettel has lost second place in Sunday’s Formula 1 Hungarian Grand Prix after the FIA disqualified the Aston Martin driver for not having enough fuel left in his car.

Afterwards Aston Martin attempted to extract the required one litre sample under the FIA’s supervision, but it failed to do so, earning Vettel a disqualification.

In their verdict, issued at 10pm local time, the FIA stewards noted: “The team was given several opportunities to attempt to remove the required amount of fuel from the tank, however it was only possible to pump 0.3 liters out.

“During the hearing in presence of the FIA Technical Delegate and the FIA Technical Director, the team principal of Aston Martin stated that there must be 1.44 litres left in the tank, but they are not able to get it out. This figure is calculated using the FFM or injector model.

The decision is a boost for Mercedes’ Lewis Hamilton in his title fight against Red Bull’s Max Verstappen as he moves up from third to second and increases his championship lead from six to eight points, Verstappen also scoring an extra point by moving up to ninth.

Rumor has it that Sebastian Vettel and possibly George Russel will be disqualified from the Hungarian GP because the FIA was not able to get the required 1-liter of fuel sample from their cars at the end of the race.

Both ran out of fuel on the track on the cooldown lap.

In a bulletin issued after the race, technical delegate Jo Bauer wrote that he would be referring the matter to the stewards.

“After the race it was checked on car number 5 whether a 1.0 liter sample of fuel could be taken from the car,” the notice reads.

“It was possible to take only a 0.3 liter sample following the procedures laid out in Article 6.6.4 of the 2021 Formula One Technical Regulations.

“Therefore, I am referring this matter to the stewards for their consideration, as this is not in compliance with Article 6.6.2 of the 2021 Formula One Technical Regulations.”

Article 6.6.2 reads that “competitors must ensure that a 1.0 liter sample of fuel may be taken from the car at any time during the event”.

Esteban Ocon also stopped on the track, but no word that his finish is at risk.

This idiotic rule would elevate Lewis Hamilton up to 2nd as the FIA does everything in their power to ensure he wins the 2021 title.