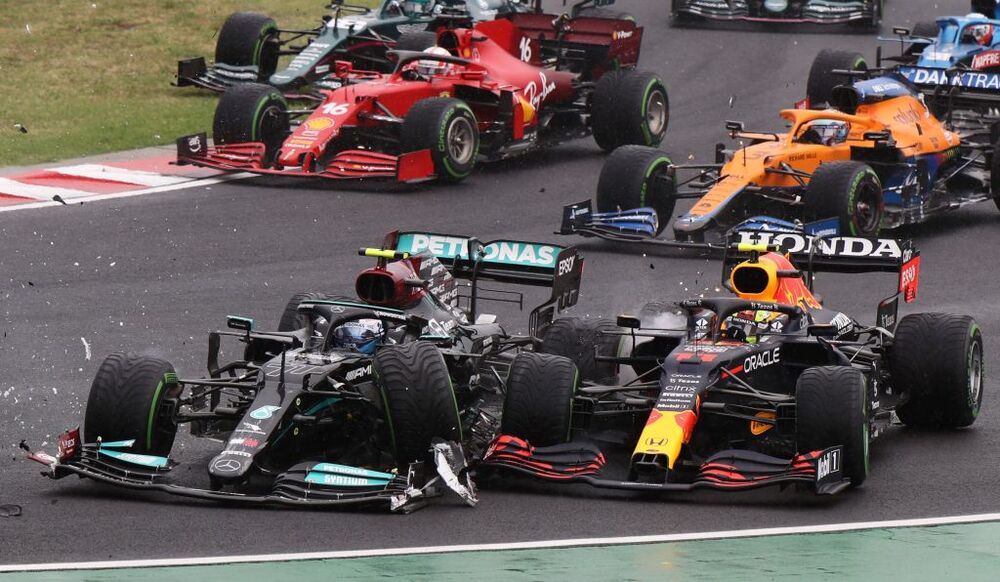 Mercedes’ Valtteri Bottas has been slapped with a five-place grid penalty at the Belgium GP for causing a crash at Turn 1.

The Finn bogged down at the start and lost out to Red Bull’s Sergio Perez and McLaren’s Lando Norris. As the cars approached Turn 1, Bottas lost control of his Mercedes and slammed into the back of Norris.

The McLaren driver was punted into the side of Max Verstappen whilst Bottas’s out of control Mercedes hit Red Bull driver Perez. Bottas and Perez retired from the race before a red flag was brought out to deal with debris littered across the circuit.

Norris managed to drag his car back to the pits, but had to retire under the red flag period after McLaren determined that the damage to his car was too great to continue.

The stewards deemed Bottas at fault for the incident due to causing an “avoidable collusion” and awarded the Mercedes driver a five-place grid penalty for the following race at Belgium.

“Immediately after the start, in the braking zone to Turn 1, car 77 collided with the rear of car 4,” read the stewards ruling.

“The stewards took into consideration the track conditions, however the driver of car 77 was fully to blame for the collision.”