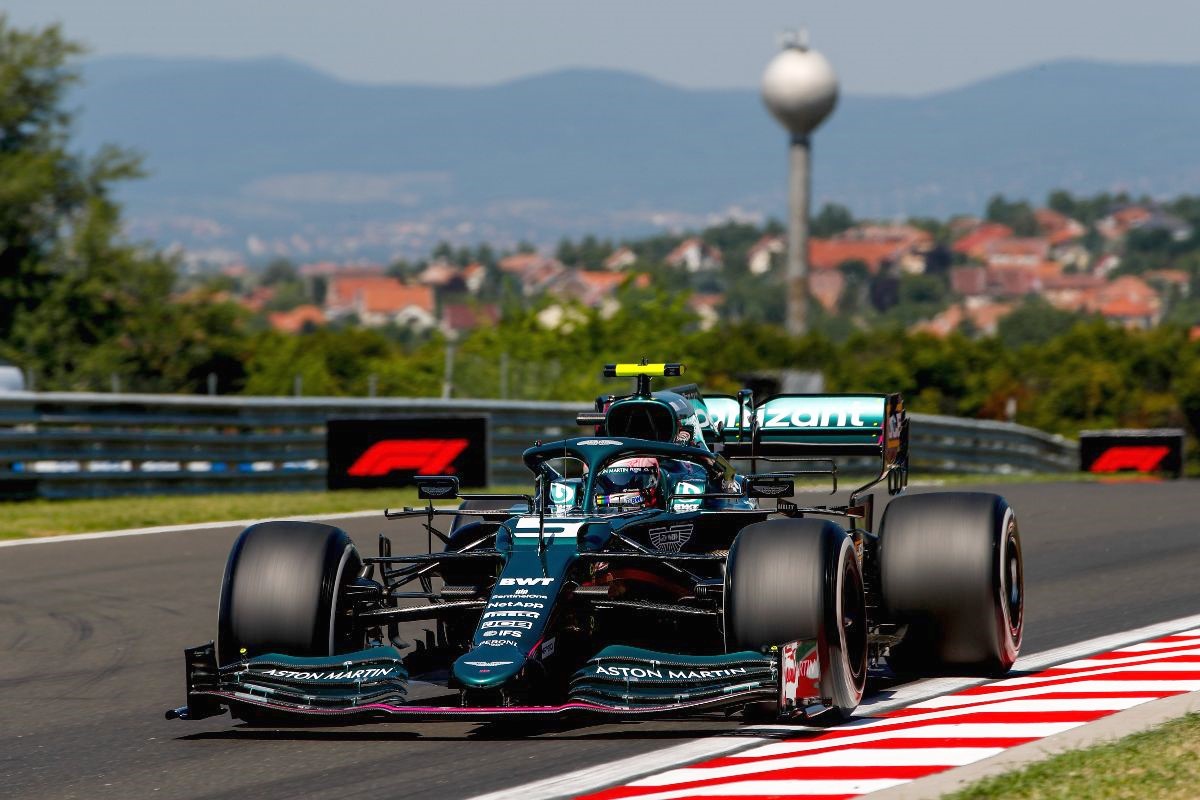 After Sebastian Vettel’s drive to second place in the Hungarian Grand Prix on Sunday August 1st, he was disqualified from the results when a 1.0-litre sample of fuel was not able to be taken from his car after the race (a requirement as set out in the FIA Formula One Technical Regulations).

There was and is no suggestion that Vettel’s Aston Martin Cognizant Formula One™ Team AMR21 car benefited from a performance advantage from the regulatory breach, or that it was deliberate.

Since the team’s data indicated that there was more than 1.0 litre of fuel in the car after the race – 1.74 litres in fact – the team requested a right of review, as a result of having discovered what it deemed to be significant new evidence relevant to the sanction which was unavailable to it at the time of the FIA stewards’ decision.

That review has now been completed, and, while the FIA stewards accept the team’s explanation of a fuel system failure as the cause of a leak resulting in an unexpected loss of fuel, their verdict was that the team’s petition for review be denied on the basis that its new evidence was not relevant to the requirement to provide 1.0 litre of fuel.

The team is now considering its position in respect of its outstanding appeal.

Otmar Szafnauer, CEO & Team Principal, said: “Sebastian drove brilliantly in Hungary and we are pleased to have been given the opportunity to show significant new evidence that we discovered since the race.

“We felt that the evidence we presented was relevant and demonstrated to the FIA that he should have been reinstated following his disqualification.

“Unfortunately, the FIA took a different view and, despite the fact that that the accuracy of our new evidence was not contested, Sebastian’s disqualification has been upheld on the basis that the new evidence was not deemed ‘relevant’. That is disappointing, and we will now consider our position in respect of the full appeal process.”

Aston Martin has failed in its bid to seek a review of Sebastian Vettel’s disqualification from Formula 1’s Hungarian Grand Prix, after an FIA hearing on Monday.

The launched both a right to review request with the stewards, and also has formally appealed against the decision.

But at an FIA hearing on Monday, the FIA denied Aston Martin’s request to review the case because the latest indications from the team were that there was a mechanical problem that potentially meant there was not one-liter of fuel left at all.

Aston Martin has served notice of its intention to appeal Sebastian Vettel’s disqualification from the Hungarian Grand Prix.

Vettel originally finished a battle for the win race in second place, but was later disqualified after being unable to provide a 1.0-liter fuel sample to the FIA.

The team believes that 1.74 liters of fuel should have been in the car, and thus there are still 1.44 liters in the system that the FIA could not retrieve, and the team has now appealed so it can try and remove the fuel.

“The Stewards have received a Notice of Intention of Appeal from Aston Martin Cognizant F1 Team (“Aston Martin”) at 22:14 hours on 1st August 2021 against Stewards Decision No 59,” the stewards’ decision read.

“In this context, the FIA Technical Department representatives were asked by the Stewards to seal and impound Car 5 until such time as the Notice of Appeal is received or the FIA International Court of Appeal makes any determinations as relevant.

“In making this determination, Aston Martin hereby declare that the removal of the various components to safely transport Car 5 to the FIA facility in no way compromises the evidence and has no impact upon the matter being appealed.”

Having served notice of its intention to appeal, Aston Martin has 72 hours to confirm its appeal or withdraw it.

“I can confirm an intent to appeal,” team principal Otmar Szafnauer told Autosport. “So once we learn more, then if we have grounds we will appeal, and if not, we’ll drop it. But we have 96 hours.

“By all of our calculations, there should still be 1.44 liters of fuel left in the car after the 300 milliliter sample was taken.

“And we just have to show the FIA that it was in there, and 300 milliliters is enough for their fuel sample. And that will be the basis of the appeal.

“So the car will be impounded. So we’ll just go in and find the fuel and measure it. We’ll figure it out.”

Regarding the lift pump failure he said: “It looks like, I don’t know, we haven’t taken it apart yet. But for some reason the lift pumps wouldn’t get the fuel out of the car.”

“We measure the fuel that goes in,” said Szafnauer. “And the fuel flow meter that we have in the car, which is mandated by the FIA, measures how much fuel gets used.

“So the difference between what went in, and what’s used, is what’s left. And that’s how we know there’s 1.74 liters left.

“We have that, the FIA work to the fuel flow meter, they have all that data, we supply them with the data of how much fuel we put in, they have the ability to check that at any time. So all that data is available.”