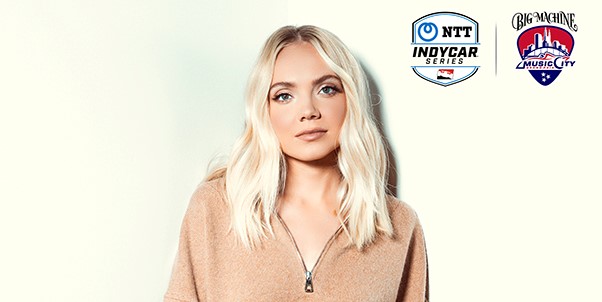 “I’ve been extremely fortunate to do some amazing things in my career but never, in my wildest dreams, would I have ever thought I’d be able to ride with the legend, Mario Andretti,” Bradbery said. “On Sunday, that dream comes true!”

Said Andretti: “Danielle is going to have an epic adventure on Race Day experiencing the speeds and G-forces of a real INDYCAR SERIES car. I’m looking forward to the very first Music City Grand Prix on the streets of Nashville. The drivers and fans are clearly very excited for this new event, which will bring the world-class racing of the NTT INDYCAR SERIES to a marquee city that celebrates top entertainment.”

Fine-tuning her unique sound since getting her start winning Season 4 of NBC’s ”The Voice,” Bradbery has earned multiple award nominations and toured across the globe with some of the biggest names in music. With “Stop Draggin’ Your Boots,” Bradbery shows a side of herself fans have never seen before in a fiery coming-of-age declaration. She takes the put-up-or-shut-up honky tonk shuffle one step further////////////////

Bradbery’s sophomore album, “I Don’t Believe We’ve Met,” infused her story into her songs for the first time, with Bradbery penning seven of the album’s 10 tracks, including “Worth It,” “Potential” and gold-certified “Sway.” Kicking off a new chapter last year, she infused her heartfelt and personal stories into releases “Never Have I Ever” and “Girls In My Hometown .” The powerhouse vocalist continued to broaden her impressive range as she deepened her connection with her Mexican heritage by enlisting Latin Grammy-nominated artist KURT for a Spanish version ofâ€¯“Never Have I Ever” (“Yo Nunca He…”), singing entirely in Spanish for the first time.