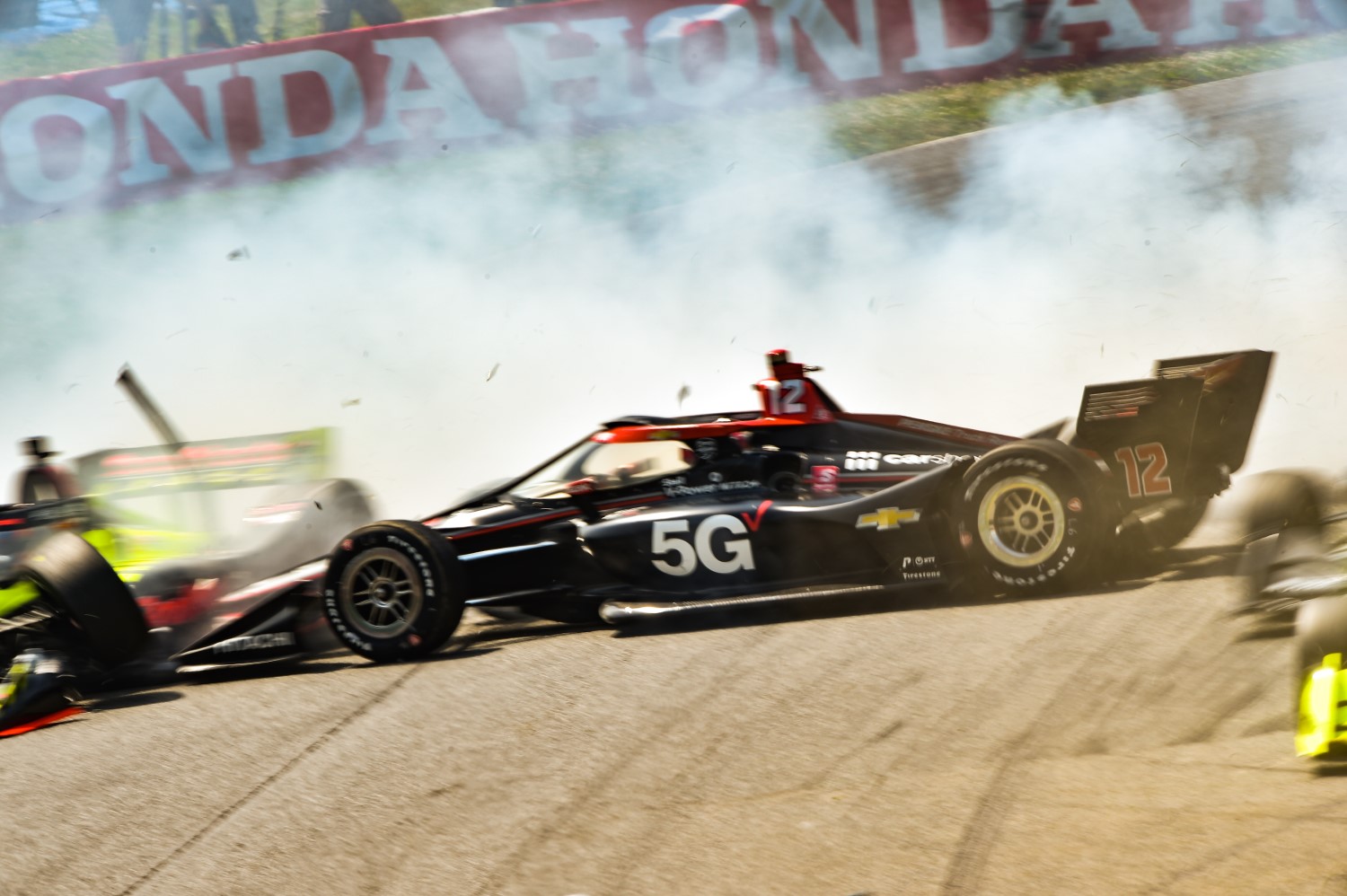 Team Penske veteran Will Power has revealed he fractured his wrist in a crash at the most recent round of the IndyCar Series at the Mid-Ohio Sports Car Course.

Power was battling Chip Ganassi Racing’s Scott Dixon when the pair came to blows over the brow at Turn 5 on Lap 4.

The #12 Verizon Chevy driver  found himself stranded in the middle of the circuit and was broadsides by Dale Coyne Racing’s Ed Jones.

“It’s been kind of good [and] lucky because I fractured my wrist at Mid-Ohio, so it gave me plenty of time to recover and get back to full health and also just have a break from the season,” Power told Speedcafe.com.

“When I crashed at Mid-Ohio, I got hit. You’re holding the clutch, the wheel whips around, and it hurts your wrist. It’s a very common injury.

“Often, you have broken fingers and hands and thumbs whenever you have wheel-to-wheel contact.”