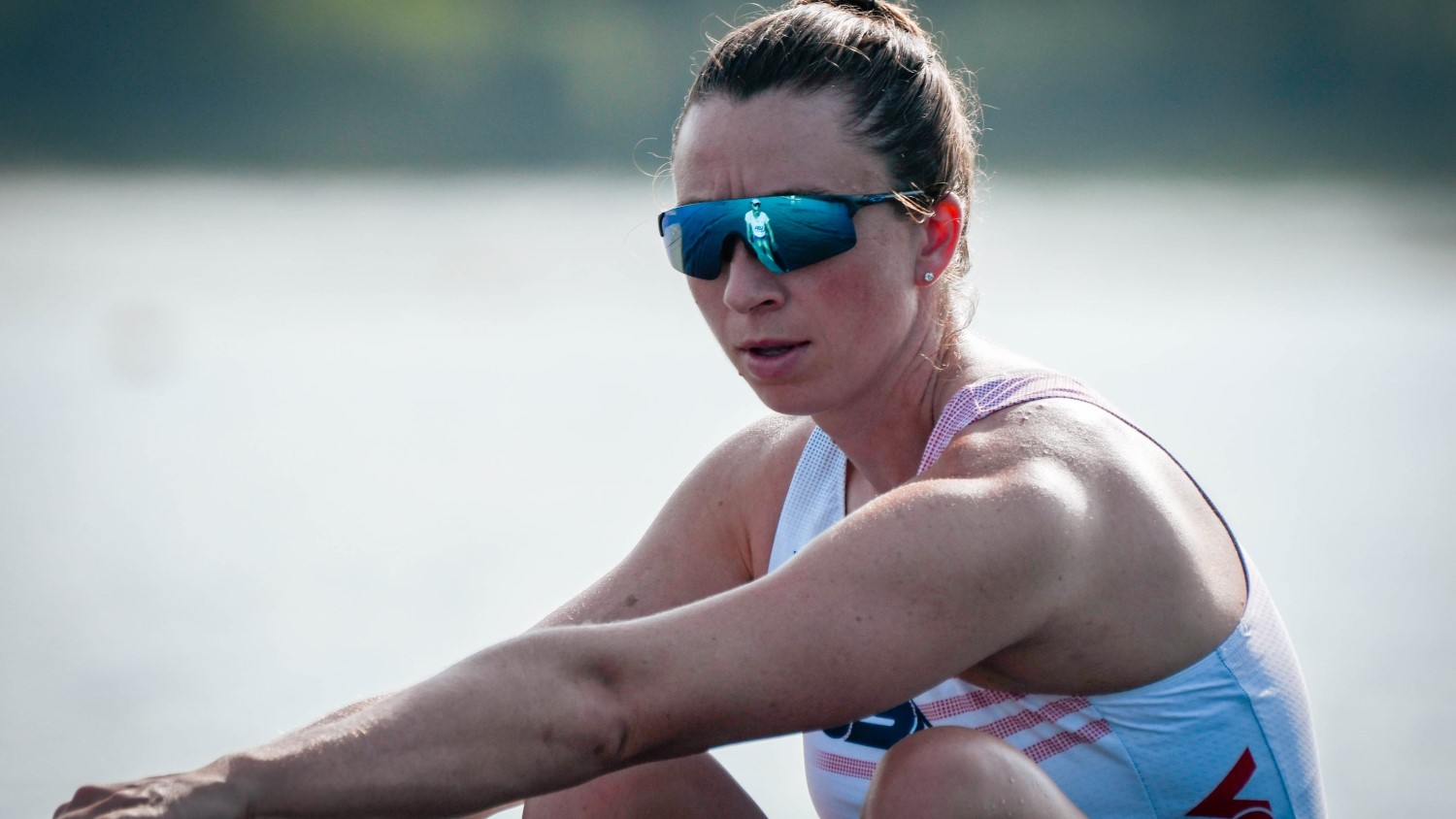 Fresh off her trip to the 2020 Olympic Games in Tokyo, women’s eight rower and Watkins Glen native Olivia Coffey will serve as an Honorary Official for Sunday’s Go Bowling at The Glen NASCAR Cup Series race.

“We are honored to have our local hero Olivia Coffey join us this weekend so we can recognize her accomplishments on the biggest stage in her hometown,” said WGI President Michael Printup. “She has put a lifetime of work into making the United States Olympic team and we are very proud of how she has represented Watkins Glen and our country.”

Coffey raced in the Team USA women’s eight that won their heat to advance directly to the finals before finishing fourth in Tokyo on Friday, July 30.

“Competing for Team USA in the Olympics has been a lifetime goal.  I couldn’t have done it without the support of my family, friends, and community” said Coffey. “It has been an honor to represent Watkins Glen, Schuyler County, and the entire United States on the world stage.”

Coffey, a ten-time National team member and eight-time world medalist, was an alternate for the 2016 Olympic team that competed in Rio.  Coffey is the only athlete to have won world championship gold in the women’s four, the women’s quad, and the women’s eight. And she isn’t the only Coffey to have gone for gold on the Olympic stage. Her father, Calvin, won a silver medal in rowing in the 1976 Olympics.

The NASCAR Cup Series Go Bowling at The Glen on Sunday at 3 p.m. ET caps off a full weekend of racing at Watkins Glen. The ARCA Menards Series returns for just the second time at the track, and the first since 2001, with Friday’s Clean Harbors 100 at 6 p.m. ET. In a first for Watkins Glen, Saturday will feature a double-header of NASCAR racing, starting off with the United Rentals 167 at The Glen at 12:30 p.m. ET in the return of the NASCAR Camping World Truck Series to The Glen for the first time since 2000. That will be followed up by the Skrewball Peanut Butter Whiskey 200 at 4 p.m. ET