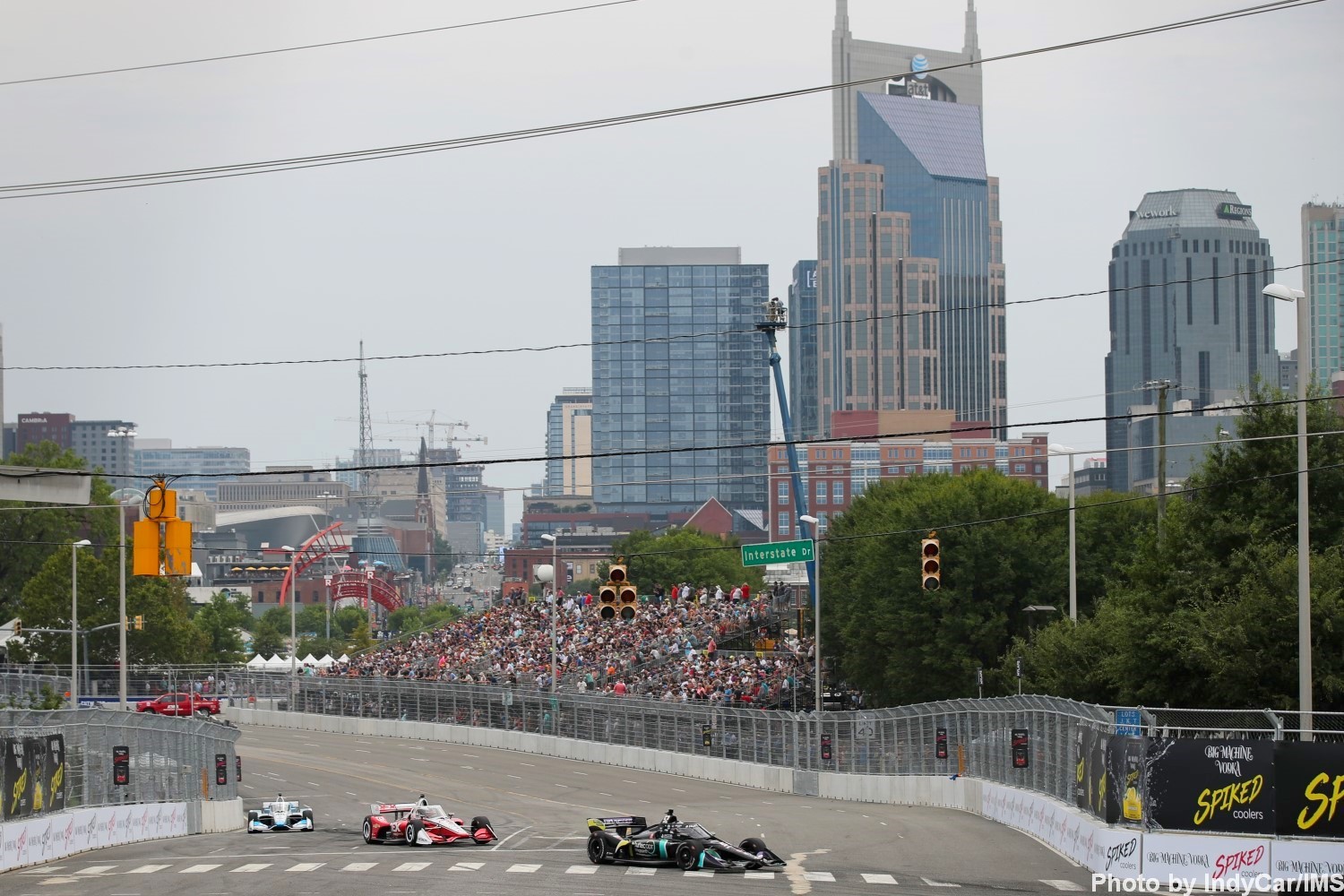 Good morning from Nashville.   It is sunny with clear skies this morning.  The temperatures predicted for the inaugural race, which starts at 4:45 pm CT, will be around 90 degrees with no rain.

Shortly after IndyCar qualifying yesterday, the skies opened up and the rain came down heavy.  This did not stop Tim Dugger from performing his hits while a good crowd listened even during the downpour.   Within 15 minutes, you could not even tell it had rained at the race track.   The sidewalks were all dry.

Colton Herta, the 21 year old  driver for the Andretti Autosport with Curb-Agajanian entry,  was on top of both practice sessions this weekend on this new street course and will start the race on the pole.  Herta, earning his sixth pole and the second of this season, expects the start of the race today to be crazy.

“I think this is going to be the craziest start of the year,” said Herta, who has converted his last three pole positions into victories.   “We’re going to be going quite quick from where the start zone is going into off-camber a second-gear corner.   That’s like 60 miles an hour, 70 miles an hour.   So definitely, it’s going to be interesting. ”

“There’s not a whole bunch of ways to bail, turn into the corner.   If guys are committing three-wide, it could get a little bit messy.   You’re probably expecting to see something happen on the opening lap, in the opening corner.”

If you are wondering what happened to the current series point leader, Alex Palou, driver of the the No. 10 Chip Ganassi Racing entry, in regards to his starting position on the grid, IndyCar announced that the car would receive a six-position starting grid penalty  for an unapproved engine change following a team test at Portland International Raceway.   His third position qualifying effort will become ninth on the starting grid today.

AR1 spoke with young Spaniard regarding his thoughts on the penalty.  “We were ready for it.  I knew already because we blew this engine on preseason start in preseason testing.  If is not something we can change and we knew it was going to be in Nashville.”

“I am not feeling pressure regarding the championship.  We have done a really good job.   We do not need to something different to what we have been doing.   We just need to keep doing what we have done.  And I know what I need to do.  So  I think it is less pressure.”

No one can predict how the race will go, but I am thinking it will be a wild start.  I am more concerned about the cars leaving pit lane and merging with the cars on track in the narrow space provided.