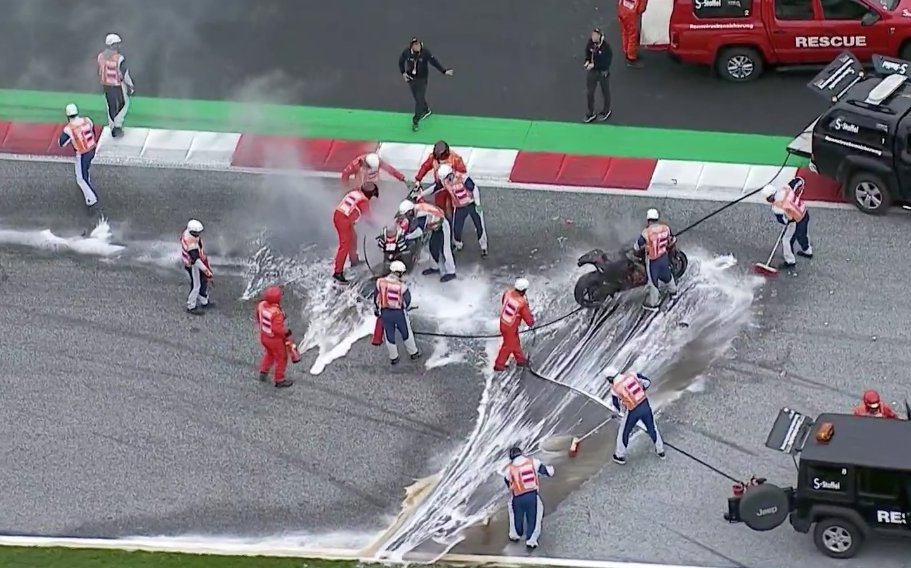 The 2021 MotoGP Styrian Grand Prix has been red-flagged after two laps due to a violent and fiery incident between Dani Pedrosa and Lorenzo Savadori.

On lap three of the 27-lap Red Bull Ring race, KTM substitute rider Pedrosa lost the front-end of his RC16 at the Turn 3 right-hander while he was running in 12th.

The Spaniard’s stricken KTM was lying on the racing line and Aprilia’s Savadori had no where to go and hit it at high-speed.

Savadori struck the KTM and the bike burst into flames, which spread across the circuit at Turn 3, immediately bringing out the red flags.

Pedrosa appears ok while Savadori was seen getting away from the incident, though needed to be taken away on a stretcher. He was later reported to be ok.