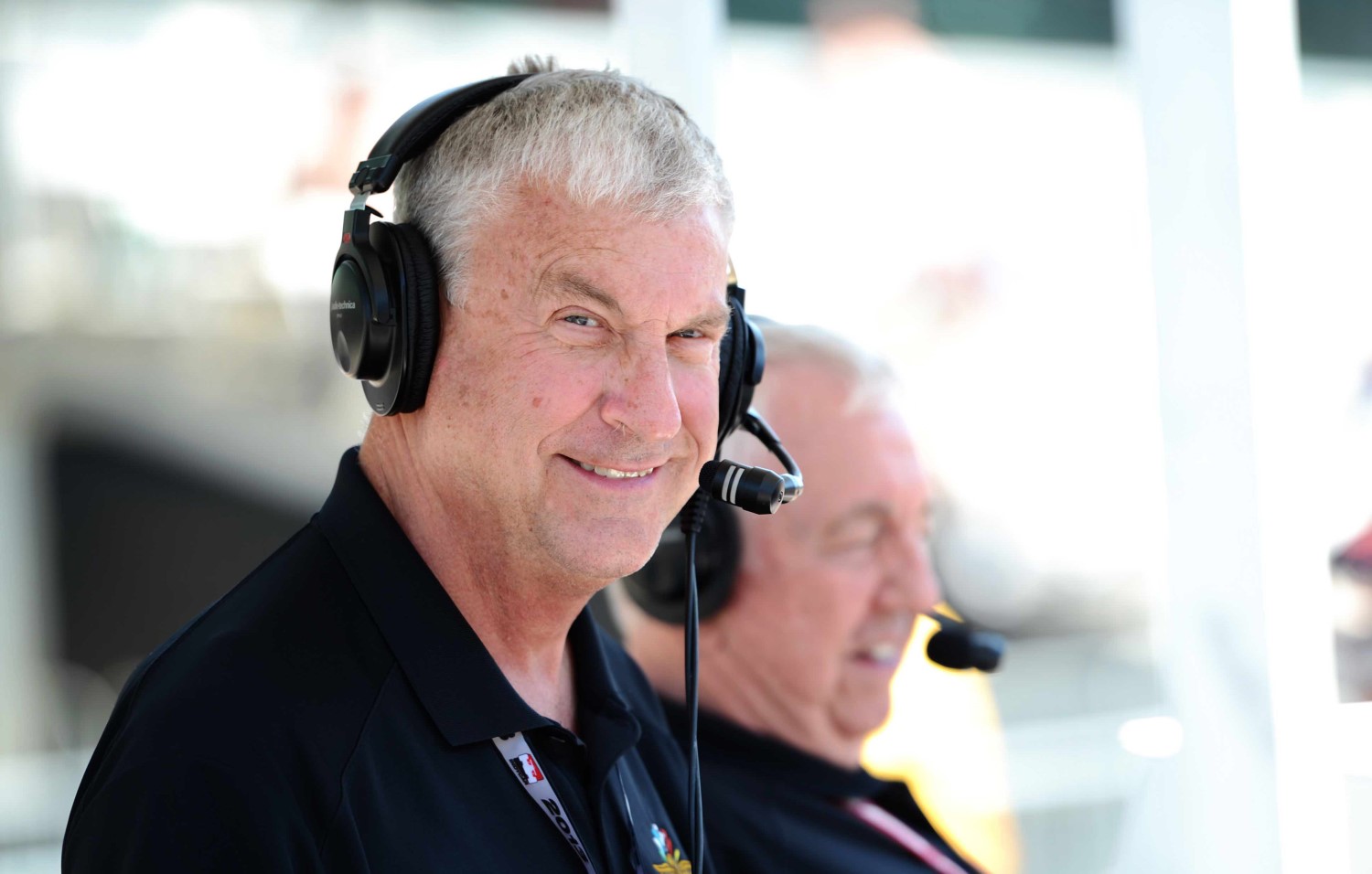 Veteran radio and television broadcaster Bob Jenkins, a former “Voice of the 500” inducted into the Indianapolis Motor Speedway Hall of Fame in 2019, died Aug. 9 at age 73 after a valiant fight with cancer.

The voice of the Liberty, Indiana, native was heard globally over five decades on the Indianapolis Motor Speedway Radio Network, serving several positions, including chief announcer from 1990 through 1998. Jenkins was one of only four people to serve as television play-by-play announcer in ABC’s 54-year history of broadcasting the Indianapolis 500.

With an easygoing, friendly style that mirrored his personality, the beloved and respected Jenkins anchored NTT INDYCAR SERIES races on television and was a frequent contributor to the public address system at IMS. Jenkins also was a frequent master of ceremonies at “500”-related functions, including the Indianapolis 500 Victory Celebration.

Bob Jenkins considered himself an Indianapolis 500 fan who got lucky.

Indianapolis Motor Speedway fans consider themselves lucky to have Bob’s voice ringing through the grandstands for decades.

While his voice on race day will be missed, his legacy at IMS will last forever. pic.twitter.com/loA5JtHFbd

In one form or another, Jenkins was connected to IMS for more than 40 years, and his most familiar call was the thrilling finish of the 1992 race between Al Unser Jr. and Scott Goodyear.

“The checkered flag is out, Goodyear makes a move, Little Al wins by just a few tenths of a second, perhaps the closest finish in the history of the Indianapolis 500,” Jenkins said on radio, his baritone voice climbing a few octaves.

The victory margin of 0.043 of a second remains the closest finish in the race’s 105-year history.

Jenkins attended his first “500” in 1960 and said he had only missed two races since – in 1961 when he couldn’t get anyone to take him, and in 1965 when he was on a trip as a high school senior. He came to the track last May while fighting his illness to receive the Robin Miller Award, where he made a brief, poignant acceptance speech and was warmly received by a large group of friends and admirers from the racing community and media.

Indiana University graduate Jenkins turned his love of music into a job in radio, first as a news reporter at stations in Fort Wayne and Valparaiso and then at WIRE in Indianapolis as the co-anchor of a nationally syndicated farm news show “AgDay.”

Jenkins, who had attended Indiana dirt-track races with his father, landed his first position in motorsports in 1979 as the backstretch announcer on the IMS Radio Network. His friend Paul Page, a member of that broadcast team and an employee at rival WIBC, helped him land the job. Later, Page helped Jenkins start the USAC Radio Network.

Jenkins was one of the first on-air employees of ESPN when it launched in 1979. For more than 20 years, he was the lead voice of NASCAR races for ESPN and occasionally ABC, including the first seven Brickyard 400s at IMS. His pairing with former stock car drivers Ned Jarrett and Benny Parsons became one of the popular trios in motorsports broadcasting history.

If there was a form of motorsports on U.S. television, Jenkins likely was involved with it at some point in his career.

Along with his NASCAR and IMS work, Jenkins anchored for the Indianapolis-based company that produced ESPN’s popular “Thunder” series broadcasts of USAC Sprint Car and Midget series races, and he was the host of “SpeedWeek” on ESPN.

Jenkins’ voice was used in several motorsports video games and films, including NASCAR-centric “Days of Thunder” and “Talladega Nights: The Ballad of Ricky Bobby.”

Jenkins was a colon cancer survivor in the 1980s and retired from television in 2012 to care for his wife, Pam, who had her own cancer battle. She died that October. In February 2021, Jenkins revealed he had been diagnosed with two malignant tumors behind his right temple following a severe headache on Christmas night.