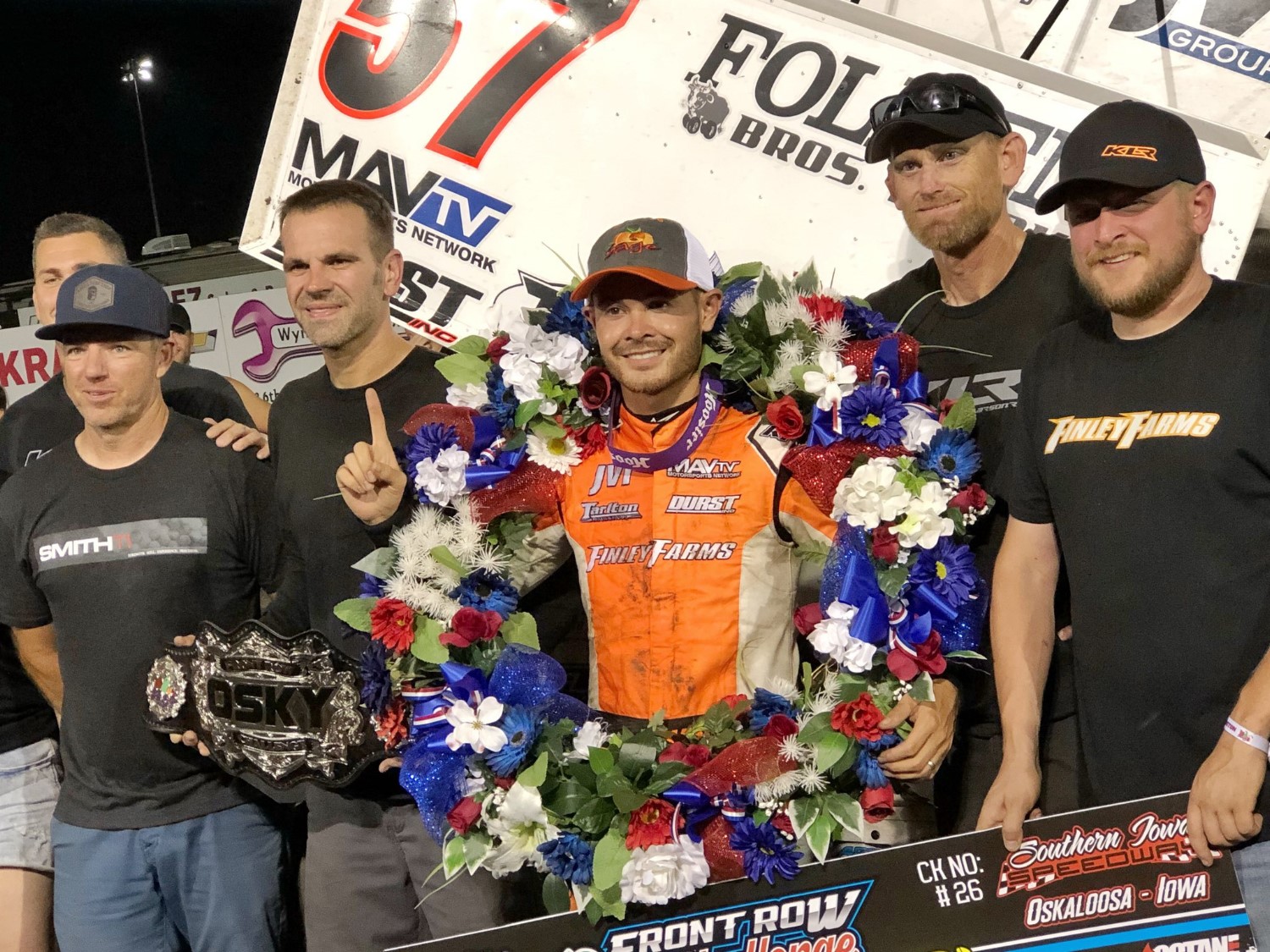 Much to the chagrin of the Cancel Culture in America, Kyle Larson is hands down the best driver in American Motorsports.

Whether it’s wheeling a NASCAR Cup Series car around Watkins Glen, on the high banks of Daytona, or a dirt late model or a 410 winged sprint car, Larson excels, and as was the case — again — in Monday night’s 26th Annual Sage Fruit Front Row Challenge, Larson usually wins.

While Larson did score another prestigious dirt win on Monday in Okaloosa, Iowa, it was no walk in the park, as he had stiff competition in the closing laps from Brian Brown.

Still, Larson weathered the storm and came out the other side with a $21,000 victory.