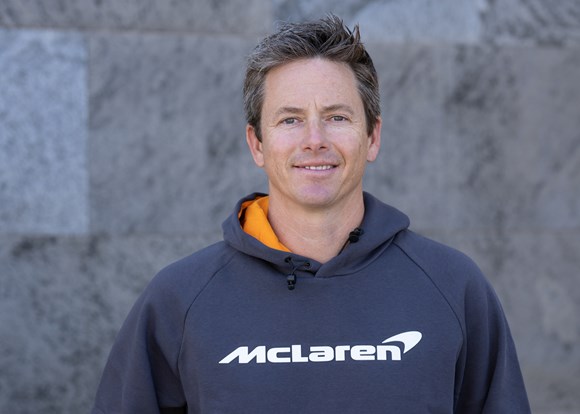 Tanner Foust of the USA, one of the most popular and successful names in world rallycross, will drive for the McLaren Extreme E team next year, McLaren Racing announced today.

Tanner is world-renowned as a versatile, multi-talented driver famous for his supreme car control and track record of podiums, national championships and world records.

Zak Brown, CEO, McLaren Racing, commented: “We are thrilled that Tanner has joined the McLaren Racing family of drivers. He is a top-class off-road competitor with a wealth of experience and a winning record. Alongside his driving prowess he’s a fantastic personality, who will help us connect with new fans around the world and bring the purpose and important messages of Extreme E to the fore.

Tanner Foust, McLaren Racing Extreme E driver, said: “To be able to race for McLaren is every driver’s dream and the opportunity to compete for the team in this innovative and imaginative racing series makes it even more special. The concept is unique and the challenge compelling. It will enable me to draw on all my experience and skills, while being part of a positive cause addressing key issues for our planet and society.”

Tanner has been a dominant driver in rallycross since the sport was first introduced to the United States in 2010. His varied race experience includes multiple years of open-wheel competition, the Pikes Peak Hill Climb, rallying, sports car racing and the famous Baja. He has also represented the USA in the annual Race of Champions three times (2010, 2009, 2008).

He is the only American driver to win a round of the European Rallycross Championship and finished in the top three in both 2011 and 2012.

Tanner has also held multiple world records, including the astonishing Hot Wheels Double Loop Dare, which saw him drive a car through a 66-foot loop-the-loop. He achieved the indoor speed record for TV’s Top Gear USA and set a distance jump record with Hot Wheels when he made a 332-foot ramp-to-ramp leap in a truck at the Indy 500 in 2011.

Off the track, Tanner demonstrates his impressive car control and driving talent on-camera as host for Top Gear and is a stunt driver of huge repute, bringing his unquestionable driving capabilities to films, TV shows, and commercials. His filmic credentials include The Fast and Furious, The Bourne Ultimatum and The Dukes of Hazzard. He also competes in ice racing and has a degree in molecular biology.