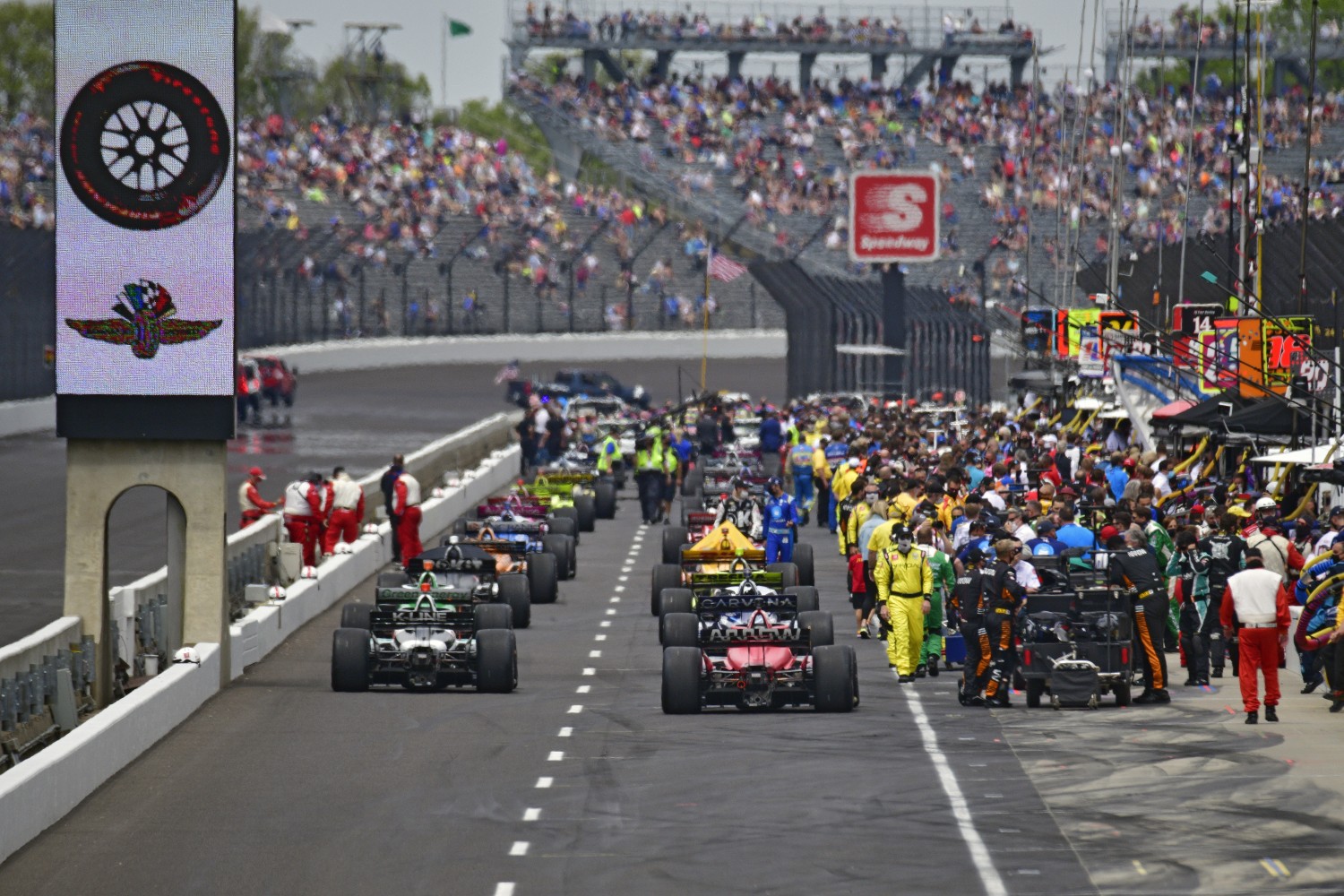 After their big race on the streets of Nashville, Tennessee, last weekend, IndyCar teams return to the familiar Indianapolis Motor Speedway road course as the drive to the NTT INDYCAR SERIES championship continues.

Teams and drivers will compete in the 85-lap/207-mile Big Machine Spiked Coolers Grand Prix on Saturday, Aug. 14 as part of a unique doubleheader with NASCAR – which runs the Verizon 200 Cup race on Sunday in place of the Brickyard 400.

Chevrolet has won eight of the 10 NTT INDYCAR SERIES races, including the past three

One of those rookies is RC Enerson, who will hope to give Top Gun Racing its first series start with the No. 75 Chevrolet. Formula 2 race winner Christian Lundgaard will make his series debut in the No. 45 Hy-Vee Honda of Rahal Letterman Lanigan. Cody Ware is back for his third INDYCAR race in the No. 52 Nurtec ODT Honda of Dale Coyne Racing with RWR.

And, of course, there’s Jimmie Johnson, the seven-time NASCAR Cup Series champion in his first season with Chip Ganassi Racing. With stock car racing in town for the IMS tripleheader, more eyes than ever will be fixed on the No. 48 Carvana Honda.

Nine of the previous 10 races held on this circuit have been won by drivers who had either won an INDYCAR championship or soon would. Those include four wins by Will Power (No. 12 Verizon 5G Team Penske Chevrolet), three by Simon Pagenaud (No. 22 Menards Team Penske Chevrolet) and one each by Scott Dixon (No. 9 PNC Bank Grow Up Great Honda of Chip Ganassi Racing) and Josef Newgarden (No. 2 XPEL Team Penske Chevrolet). VeeKay, who will drive the No. 21 Sonax/Autogeek Chevrolet, is the lone non-champion to have won one of the non-oval events.

Power has easily been the circuit’s most dominant driver, capturing five poles and leading 285 laps. In all, 28 drivers have led laps in these INDYCAR races, with Pagenaud and Dixon tied for the second-most laps led with 68 each. Newgarden has led 59 laps, VeeKay 48, Castroneves 46, rookie Romain Grosjean (No. 51 Nurtec ODT Honda of Dale Coyne Racing with RWR) 44 and Graham Rahal (No. 15 One Cure Honda of Rahal Letterman Lanigan Racing) 41.

Curt Cavin: In years past, a Team Penske driver would be a lock for this selection, but as was the case in May when Ed Carpenter Racing’s Rinus VeeKay won the GMR Grand Prix at IMS, I’m projecting a new race winner for the series. Romain Grosjean, in his first INDYCAR season with Dale Coyne Racing with RWR, was brilliant in the previous road race at the Speedway – he won the pole and led a race-high 44 laps — and he has had five races since then to learn what it takes to win one of these unpredictable affairs. I’ll say he takes this one.

Zach Horrall: I think it’s hard to argue with Curt here. The way I see it, Romain Grosjean is the favorite to win the Big Machine Spiked Coolers Grand Prix on Saturday. His drive in May was impressive for just his third NTT INDYCAR SERIES race. But when you factor in the idea that the IMS road course is a European-style track with a smooth surface and curbing, his success makes sense. He’s been racing on these tracks his whole life, and now he returns to an NTT INDYCAR SERIES track for the first time. I’ll give an honorable mention to Will Power. Roger Penske owns IMS, but his driver has figuratively owned this place since his first win on the road course in 2015.

Paul Kelly: You guys are looking at the form book, which usually is a good strategy when trying to predict a winner. But previous stats don’t mean a damn thing this Saturday because there won’t be a more motivated race driver anywhere on Earth than Colton Herta. He will atone for his stunning mistake with five laps to go while chasing for the lead in Nashville with a storming victory Saturday at IMS for Andretti Autosport. It’s not like Herta’s dominance in Nashville was any kind of fluke – he’s one of the fastest drivers in the NTT INDYCAR SERIES on any circuit. Plus, Andretti Autosport put two drivers into the top four for the first time this season even after separate incidents derailed the team’s two quickest drivers of the weekend, Herta and Alexander Rossi. An incredibly motivated driver plus a rapidly improving team equals seeing the drummer for The Zibs atop Victory Podium Saturday afternoon at IMS.

Push-to-pass parameters: 200 seconds of total time, with a maximum time of 20 seconds per activation.

Point differential: The 42 points that separate Alex Palou and Scott Dixon is the seventh-closest point margin since 2008. Entering this season, the average lead with five races to go since 2008 was 43.9 points.

CHAMPIONSHIP WITH 5 TO GO