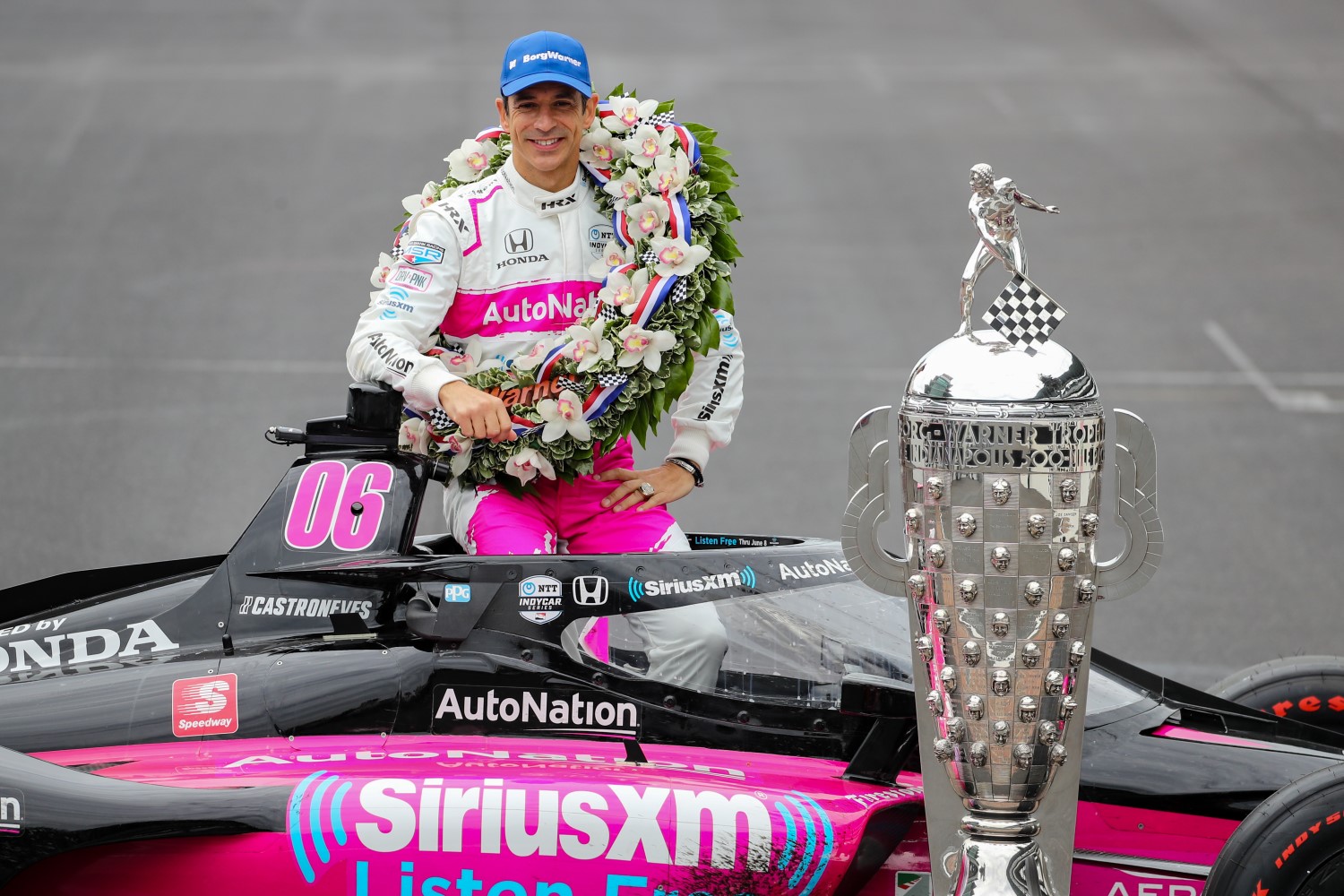 Upon his return to Indianapolis Motor Speedway (IMS) following his fourth Indianapolis 500 victory for the INDYCAR Big Machine Spiked Coolers Grand Prix, Helio Castroneves was named an inductee into the Motorsports Hall of Fame of America (MSHFA).

Castroneves is one of eight other inductees into the class of 2022 announced on Friday with appearances from MSHFA President George Levy and IMS president Doug Boles.

The Motorsports Hall of Fame of America is the only hall that honors the entire sport and as such is the most exclusive. Each of the MSHFA’s inductees is elected by a straight vote of 200 experts — half of them historians and other experts, half of them inductees themselves. Regular voters have included Hall of Famers Mario Andretti, Richard Petty, Tom D’Eath, Shirley Muldowney, Chip Ganassi, Don Garlits, Parnelli Jones, Scott Parker, Chip Hanauer, Don Prudhomme and other titans of the sport.

This was Helio’s first year on the ballot, which means he’s one of very few first-year inductees,” said MSHFA President, Levy. “The voting was completed well before the Indianapolis 500, so the voters clearly felt he belonged even before his record-tying fourth win. When someone like Helio is inducted — the first time they appear on a ballot — it’s because people like Parnelli Jones, Chip Ganassi, Mario Andretti, Don Garlits, Richard Petty and more decide he belongs on motorsports’ firmament.”

The official black tie induction ceremony will take place in Daytona Beach on March, 2022. The Motorsports Hall of Fame of America and Museum is located on the grounds of Daytona International Speedway, just outside of NASCAR Turn 4 leading into the 2.5-mile circuit’s Tri-Oval.