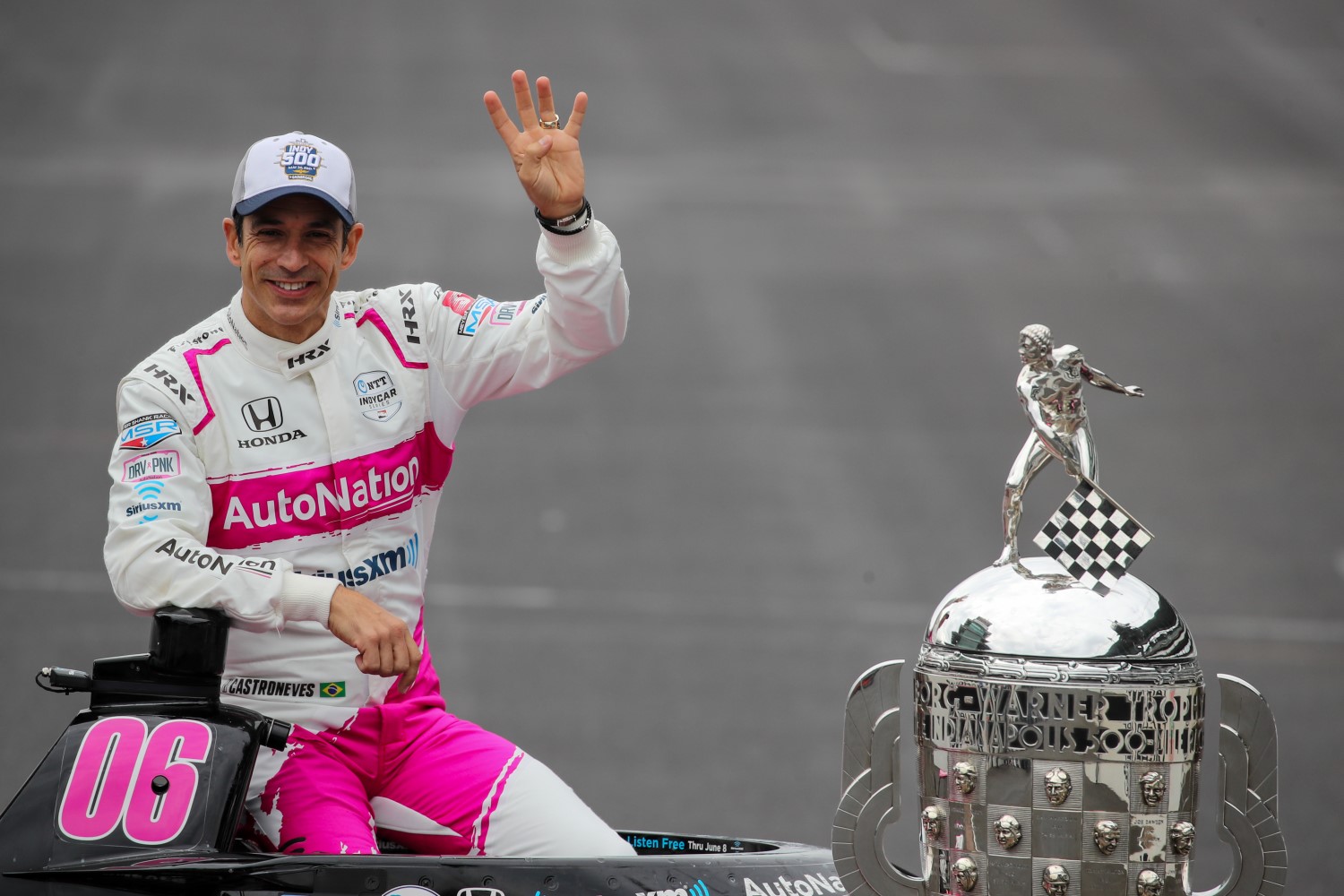 Eight legends from the world of motorsports, including four-time Indianapolis 500 winner Helio Castroneves, were named to the Motorsports Hall of Fame of America (MSHFA) as the 34th class was unveiled on Friday at Indianapolis Motor Speedway (IMS). A ninth inductee, in the Historic Category, will be unveiled later this month in a separate announcement. 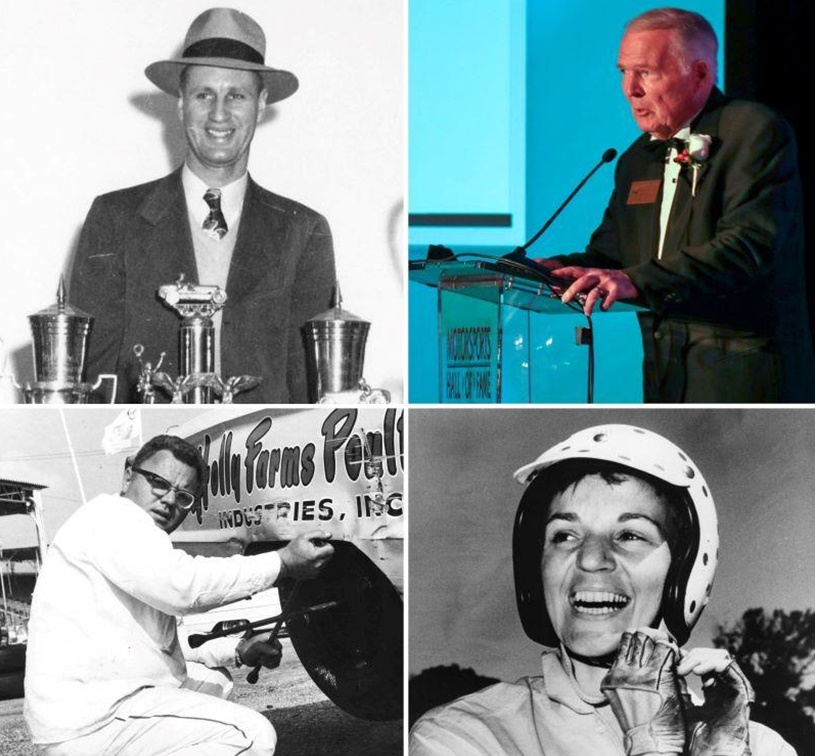 “Many of the members of the Motorsports Hall of Fame are people that I grew up idolizing and to now be invited to join this group, I just can’t believe it,” Castroneves said. “I’m so honored to have the opportunity to be inducted into the Motorsports Hall of Fame and I feel so lucky to be included with these legends.” n the Hall one day. It is going to be a great night for motorsports, and I am grateful for this opportunity.”

The MSHFA Class of 2022 was unveiled in a press conference at IMS featuring Castroneves, IMS President Doug Boles and MSHFA President George Levy.

“Like so many legends before them,” said MSHFA President Levy, “the Class of 2022 has left an indelible impression on the sport. We can’t wait to welcome them into the Hall of Fame next March at our home on the grounds of Daytona International Speedway.” 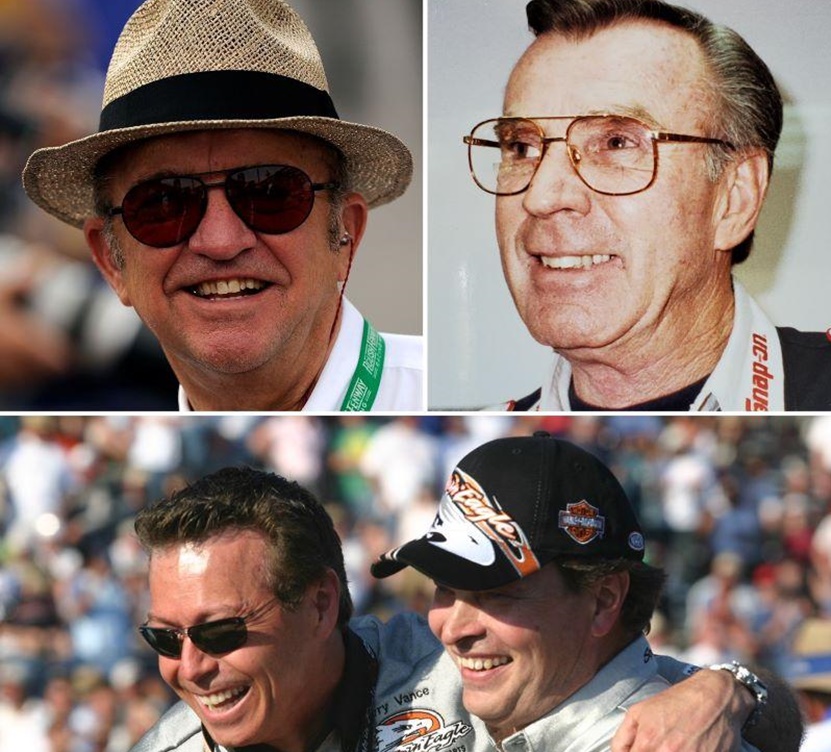 The Motorsports Hall of Fame of America is the only hall that honors the entire sport and as such is the most exclusive. Each of the MSHFA’s inductees is elected by a straight vote of 200 experts — half of them historians and other experts, half of them inductees themselves. Regular voters have included Hall of Famers Mario Andretti, Richard Petty, Tom D’Eath, Shirley Muldowney, Chip Ganassi, Don Garlits, Parnelli Jones, Scott Parker, Chip Hanauer, Don Prudhomme and other titans of the sport.

Each year, MSHFA classes are formally inducted in a celebration featuring motorsports legends and fellow Hall of Fame members at a black-tie gala. The Class of 2022 induction will be in Daytona Beach on March 7 – 8, 2022.

Pete Brock (Sports Cars) — Brock is best known for designing the 1965 World Champion Cobra Daytona Coupes and for his multi-time national champion Brock Racing Enterprises (BRE) Datsun 240Zs and 510s. At GM in the 1950s, Brock helped conceive the shape of the groundbreaking 1959 Corvette Stingray race car and 1963 production model. As Shelby American’s first employee, he ran the Carroll Shelby driving school, penned the Daytona and worked on the Mustang GT-350 street and race cars. After the Datsun years, Brock became a photojournalist and wrote award-winning books on his Daytonas and the Corvette Sting Ray.

Helio Castroneves (Open Wheel) — The Brazilian has one of the greatest records in Indianapolis 500 history, winning four times (2001, 2002, 2009 and 2021) (joining fellow inductees A.J. Foyt, Al Unser Sr. and Rick Mears), taking pole four times and finishing second three times. Castroneves is a four-time runner-up for the IndyCar championship and 12th all time in IndyCar wins with 30. He was dubbed “Spider-Man” for his victory fence-climbs and gained broad attention after winning the 2007 edition of Dancing with the Stars. Castroneves also won the 2020 IMSA WeatherTech SportsCar Championship and the 2021 Rolex 24 at Daytona.

Dick LaHaie (Drag Racing) — The only person in NHRA history to win Top Fuel championships as a driver and crew chief, LaHaie captured the 1987 Top Fuel championship in the cockpit and four more as crew chief for Scott Kalitta (1994, 1995) and Larry Dixon (2002, 2003). LaHaie’s first major victory came at the 1980 Summernationals. In the early days, he’d sometimes dig through trashcans for parts the top teams had thrown away, then beat them with their discards. His 1987 Top Fuel title was won with daughter Kim as crew chief. LaHaie was No. 31 on NHRA’s 2001 list of its 50 Greatest Drivers.

Banjo Matthews (Business) — Smokey Yunick called him “the Henry Ford of race cars.” The cars Edwin Keith Matthews built dominated NASCAR for more than a decade. From 1974 to 1985, he produced about 400 chassis and rebuilt about 200. Of the 362 races in this period, his cars won 262 — over 70% — including all 30 1978 contests. For years, the Akron, Ohio native was more proud that no driver was killed in a Matthews-built car. As an owner, he entered 160 Cup races, capturing 14 poles and nine victories, including three Firecracker 400s at Daytona with fellow inductees Fireball Roberts, A.J. Foyt and Donnie Allison.

Denise McCluggage (Media) — Few fueled the rise of sports car racing in the U.S. more than McCluggage. Without her, there would’ve been no Autoweek, the sport’s bible in the ‘60s and ’70s. She also was a trailblazing female driver, winning her class at Sebring in 1961 and at the 1964 Monte Carlo Rally. (She was famously denied entry at Le Mans because of her gender.) Joining the New York Herald Tribune in the ‘50s, she became the first female sports reporter for a major daily. In 1985, she became the only woman to receive the Ken W. Purdy Award for Excellence in Automotive Journalism for her piece on F1 legend Juan Manuel Fangio.

Raymond Parks (Historic) — Without Parks, there might not have been a NASCAR. He was a key member of the group that met with Bill France at the Streamline Hotel in Daytona Beach in 1947 to create NASCAR and helped keep the sanctioning organization afloat during its early years. Considered its first team owner, his entries set a standard for excellence. The former moonshine runner’s cars won the first NASCAR (Modified) championship in 1948 and the inaugural NASCAR Strictly Stock (now Cup Series) title in 1949. When he died in 2010, he was the last surviving member of the sport’s founders.

Jack Roush (Stock Cars) — Roush has succeeded in more forms of motorsports than almost anyone. In NASCAR, his teams have captured more than 300 races and eight championships across all three major series, including back-to-back NASCAR Cup Series titles (2003-4). “The Cat in the Hat” left an engineering job at Ford in 1970 to team with Wayne Gapp. Over the next five years they won NHRA, IHRA and AHRA Pro Stock titles. In the ‘80s, Roush’s incredible domination of SCCA and IMSA included 24 national championships. His two Daytona 500 trophies came with Matt Kenseth (2009, 2012).