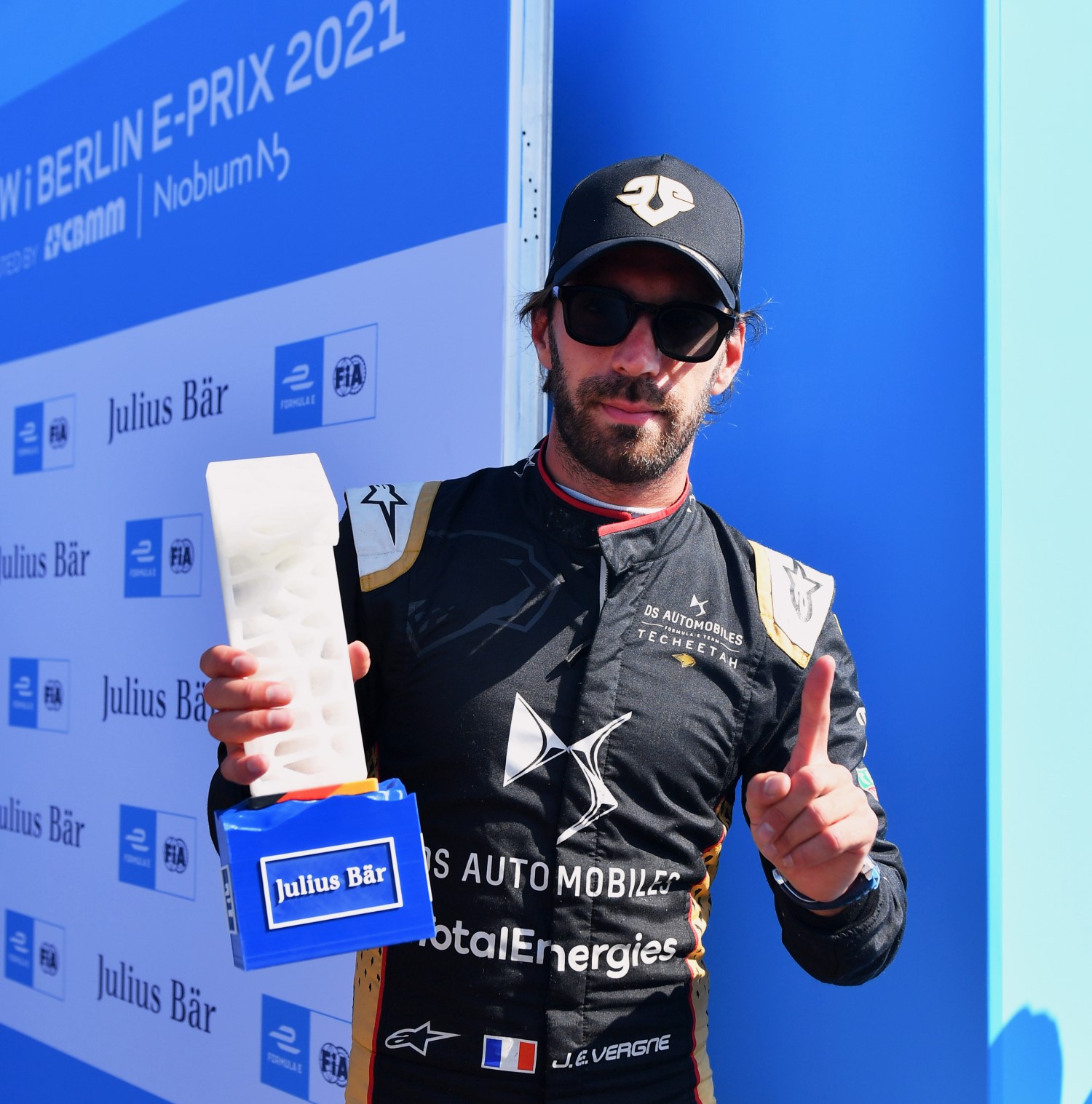 The Frenchman delivered under pressure with a 1m06.277s to steal pole by 0.073 seconds from Da Costa and the signs are good for DS TECHEETAH – the team have once again proven they can produce from Group 1 in Group Qualifying in Berlin, having achieved the same feat in Season 6, and via another front-row lockout in Round 9 last year.

“We knew it was important coming here to get pole and those points – and to put ourselves in the best position to win,” said Vergne. “We just need to finish the job and get the maximum points possible. We need to understand why we’re so fast here and not at some other circuits, but I’ll take it!”

“I’m super relieved because we didn’t have it nailed in practice,” said Da Costa. “It’s been great work from the team; the top five are within a couple of tenths of each other. For the championship, this is the best we could have done today so far. We need a smart race now. It’s such a cool life experience, fighting for a World Championship against so many world class guys. What will be, will be – it’s so much fun.”

Di Grassi (Audi Sport ABT Schaeffler) topped Group Qualifying as a Group 3 runner – not a given with the struggles of some of the other later runners in the session with temperatures climbing. The Brazilian was first to run in Super Pole and a 1m6.427s was a solid effort out of the gate.

Sebastien Buemi (Nissan e.dams) ran second but went slower than he had in Group Qualifying come his Super Pole lap. The Swiss would have to settle for sixth – 0.6 seconds away from di Grassi’s early benchmark – but he’ll be happy to be in that top six on the grid for Round 14 nonetheless.

Both ROKiT Venturi Racing drivers made it to the six-driver shoot-out for the first time this season, with Edoardo Mortara managing fourth after a lively but tidy effort. Norman Nato followed his teammate but a mistake at the final turn, with his Venturi falling away from the apex, left him fifth. Still, a big opportunity to score well in race one at Tempelhof for the Monegasque outfit.

With track evolution – the way a circuit’s conditions improve as drivers lap, clean the track surface and lay down grippy rubber – not quite as much of a factor in Berlin, and polesitters having made it from Group 1 in Group Qualifying in the past, the field would in theory be closer and ever. Tempelhof’s unique, bumpy and abrasive concrete surface and changing temperatures also often prove to be major factors in Berlin.

Da Costa’s 1m06.486s was a strong effort and saw him make Super Pole. The next best from that opening group was BMW i Andretti Motorsport’s Jake Dennis, who wound up eighth having topped both Free Practice sessions.

Standings leader Nyck de Vries found himself marooned down the order in 19th with teammate Stoffel Vandoorne 22nd – Mercedes’ Team Principal Ian James citing those changing temperatures as a potential cause of their lack of pace in the session. Robin Frijns, second in the Drivers’ table as it stands, also finds himself well down the order, on the back row down in 23rd.