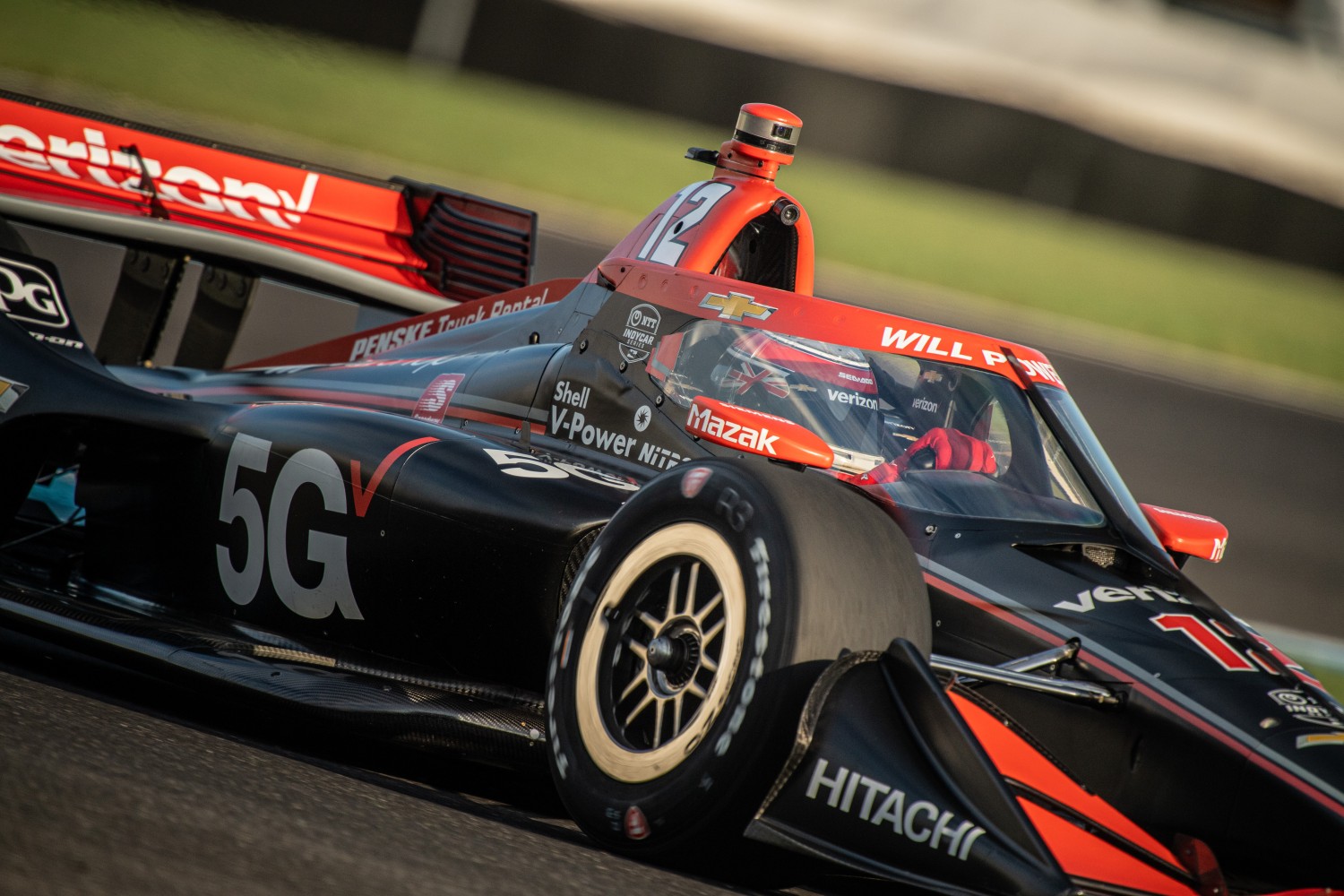 Will Power has struggled of late, but the Team Penske veteran showed that he is not ready to hang up the gloves just yet by thoroughly schooling the youngsters on Saturday afternoon to win the Big Machine Spiked Coolers GP IndyCar race on the Indianapolis Motor Speedway road course.

Power took the lead on lap 25 from polesitter Pato O’Ward and Colton Herta and never looked back as he controlled the race from the front the rest of the way for his 5th win on the Indy road course.

Romain Grosjean in the #51 Dale Coyne Honda schooled Colton Herta on the next to last restart with a perfect outside out braking maneuver on Andretti Autosport driver Colton Herta in Turn 1 and came home 2nd with Herta hanging on for third.

The winner of the GMR Grand Prix in May, Rinus Veekay, stopped on track with 8 laps to go bringing out the final caution. When the final green flew with 6 laps to go, Power got the jump on Grosjean and slowly stretched his lead to just over 1-second at the finish.

Points leader Alex Palou’s Honda engine spewed its guts all over the Indianapolis Road Course asphalt while running a strong 4th. As a result he finished way down in 27th – taking a huge hit in the points – his 415 point tally is just 21 over Pato O’Ward in 2nd with 394.

It was the 40th career INDYCAR SERIES victory for Power, who broke a tie with four-time Indianapolis 500 winner Al Unser to climb into fifth on the all-time list. The win also was the sixth of Power’s career at IMS, as he also won the 2018 Indianapolis 500 presented by Gainbridge. Only NASCAR star Kyle Busch, with two Brickyard 400 wins and four Xfinity Series wins on the oval, has as many major race victories at the Racing Capital of the World.

“We needed that as a group,” Power said. “I can’t tell you how good these guys have been all year. Flawless on pit stops. They’ve given me the car, and we’ve had some bad luck. I’ve made some mistakes, as well.

“So stoked to get the Verizon 5G car in Victory Lane. Oh, what a relief, man!”

Rookie Romain Grosjean equaled his season-best finish – on this same circuit in the GMR Grand Prix in May – by placing second in the No. 51 Nurtec ODT Honda, 1.1142 seconds behind Power. Colton Herta rebounded from his disappointing late-race crash last Sunday in Nashville to finish third in the No. 26 Gainbridge Honda.

2016 Indianapolis 500 winner Alexander Rossi earned his season-best finish by placing fourth in the No. 27 AutoNation/NAPA AUTO PARTS Honda. NTT P1 Award winner Pato O’Ward finished fifth in the No. 5 Arrow McLaren SP Chevrolet, but he still ended up a winner because of a dramatic shift in the championship standings.

O’Ward pulled to within 21 points of series leader Alex Palou with four races remaining in the season, as Palou retired from the race on Lap 68 with a mechanical problem while running fourth in his No. 10 NTT DATA Chip Ganassi Racing Honda.

Palou led six-time and reigning series champion Scott Dixon by 42 points entering this event. Dixon fell to third but still trimmed the margin to the top, 34 points behind Palou, after placing 17th – tying his season low – in the No. 9 PNC Bank Grow Up Great Honda.

A tense, strategic duel erupted into a mad dash for the checkered flag when Palou retired from the race.

Palou was running fourth and closing on Grosjean on Lap 68 when smoke began to flow from the rear of his No. 10 NTT DATA Chip Ganassi Racing Honda in Turn 4. He pulled off track and hopped from his car, out of the race with a 27th-place result, his lowest of the season.

There were warning signs from the opening lap about possible troubles for Palou, who told his team on the radio after Lap 1 that he felt down on power.

“We started having some issues with the mapping, and we weren’t sure what was going on,” Palou said. “We managed like 60 laps, and it was fine. We were losing a bit of power, but it wasn’t too bad. We were trying to fight for a podium, and we had to stop.

“It’s a shame when we were running so good, but it’s just a bump in the road. We’ll continue, and we’ll get those points back.”

“We had a good car all day long, and we fought at the front,” Grosjean said. “We ran out of push-to-pass early today. I had to use quite a bit early in the race to make sure we were going through the lapped cars. Through the end, Will had more than I did. I just had to go flat out and try not to make any mistakes.”

ON WINNING AT IMS ROAD COURSE: “ I can’t begin to tell you what it means to win these days. When you are in your 40s and still kicking butt-it’s awesome. You can’t doubt yourself, you just have to keep digging. I wasn’t feeling safe until there was literally one to go. The misfortunes we’ve had at times have been a struggle it’s a tough series. There are many components that have to right. Everyone has to do their job perfectly, and that’s what we did today. Winning is important for Roger Penske, especially here. Very very happy.”

HOW BADLY DID THIS RACE TEAM NEED THIS MOMENT?

“We needed it as a group. I can’t tell you how good these (crew) guys have been this year; flawless on pits stops. They’ve given me the car and we’ve just had some bad luck and obviously I’ve made some mistakes as well. I’m stoked to get the Verizon 5G car in Victory Lane because we’ve haven’t done that ever. I’d been thinking about that coming into this weekend. Can’t thank Chevy enough for the engine and all the work those guys have done. What a relief. When the yellow came and another one … but we had a really good car. It was tough to get by lapped traffic, but the car was solid up front.”

WHAT WAS THE DIFFERENCE TODAY?

“I was very focused coming in here today. I did a lot of homework for this race. We weren’t quite strong in the May race and just put it all together. I was aggressive at the start to hold that position and held off Pato (O’Ward) on the blacks, so a very good day.”

YOU BRING ROGER PENSKE HIS FIRST WIN AT INDIANAPOLIS SINCE HE HAS OWNED THIS FACILITY. WHAT DOES THAT MEAN?

“That’s awesome. Roger has had a rough year as far as the team goes. I’m really happy for the whole group. Because it’s not for lack of effort. They worked really hard during the Month of May, and we were all scratching our heads at the end. I’ve been here six times now (five for road course wins, one Indy 500 win) in this Victory Lane; pretty special place for me. This win goes to the whole group; they deserve it more than me.”