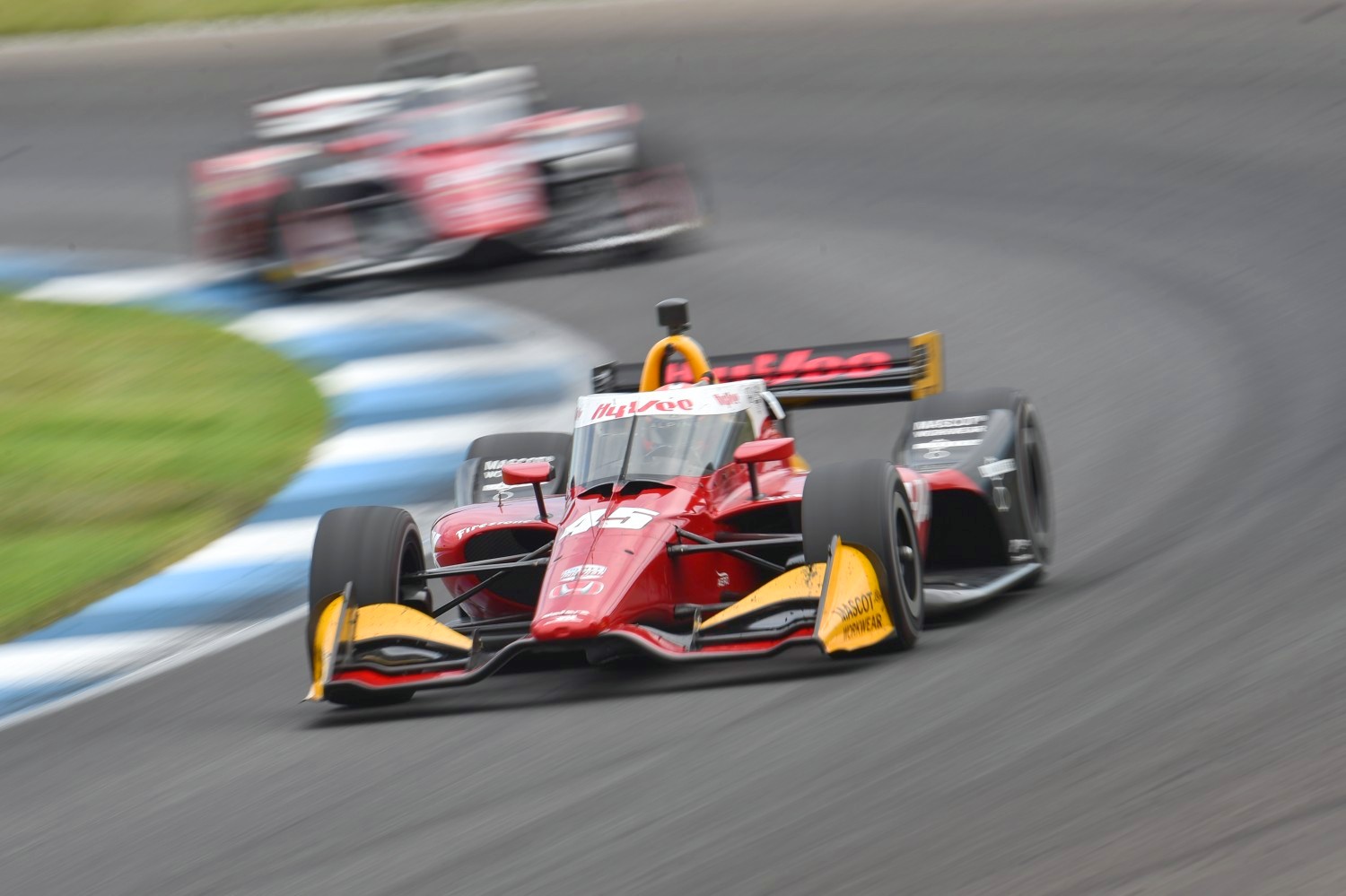 (GMM) Alpine junior Christian Lundgaard may be switching his focus from Formula 1 to IndyCar.

The highly-rated 20-year-old Dane was considered a hot contender for this year’s Formula 2 title, but his campaign with ART has been difficult so far.

Early this year, he admitted: “For me, 2021 is definitely a crucial season in relation to my future in Formula 1.”

Last month, he accepted an offer to test for the Rahal Letterman Lanigan team in IndyCar, and was then offered his race debut two weeks ago on the Indianapolis road course.

He finished 12th on debut, but qualified a sensational fourth.

“I have followed Christian’s career and there is no doubt that he is a young driver with great talent,” he told the Danish betting portal Spilxperten.

“The cars in IndyCar are very similar to Formula 2, so it gives these drivers a great opportunity to show their talent,” Fittipaldi added.

Lundgaard agrees, telling Ekstra Bladet newspaper: “The car itself is similar to Formula 1, but the races are two hours and you’re flat out all the time.

“It is 100 percent the most physical car I have driven over a distance. If I went to Monza and drove the Pirellis the way I did over here, I wouldn’t complete 5 laps,” he added.

Lundgaard also insisted to BT newspaper that he is not yet giving up on Formula 1.

“My dream has not changed – it’s still about racing in Formula 1,” he said.

“But this chance in IndyCar is a good opportunity. If it goes well, IndyCar is also an option for next year.

“At the moment I am still with Alpine, but it is clear that we will soon find out what will happen next year,” he added.

“Once I know how it’s going in IndyCar, and we’re a little further into the F2 season, we can start deciding on the future.”

Fittipaldi, 74, thinks that even if Lundgaard does move his focus over to IndyCar, he doesn’t need to write off his Formula 1 chances altogether.

“The Formula 1 dream is definitely not off for Lundgaard,” said the Brazilian.

Formula 2 driver Christian Lundgaard says his first IndyCar race was ‘a hell of an experience.’

“This weekend has been amazing,” said Lundgaard after the Big Machine Spiked Coolers GP Saturday.

“I’ve enjoyed every second of it. Qualifying itself, to be in the top-five out of 28 cars wasn’t expected. And I think it did put us in a good position for the race. Coming out leading the race at some point, it was amazing, but it was all about just not doing a mistake and having a clean race and get through it.

“I rather wanted to get to do 85 laps than just 60 or so on. The mileage was important to get the experience of the full race. We got through it, and it was tough. It was a long two hours.

“I think tire management is probably where I suffered the most, knowing how much I can push and so on. But it’s been a hell of an experience. I guess it went fine, we were probably more on the safe side than the aggressive side, the target was to get through it and not make any mistakes and I think we survived that. It was tough racing.

“I wasn’t expecting a caution at the end. I was quite low on Push to Pass at that point, and I was a bit lucky with Bourdais because he had 115 seconds or something like that with 10 laps to go so, I knew he would have got me anyway.

“I’m happy with P12, I got the experience. I’ll go home well rested and with a good experience from America.”