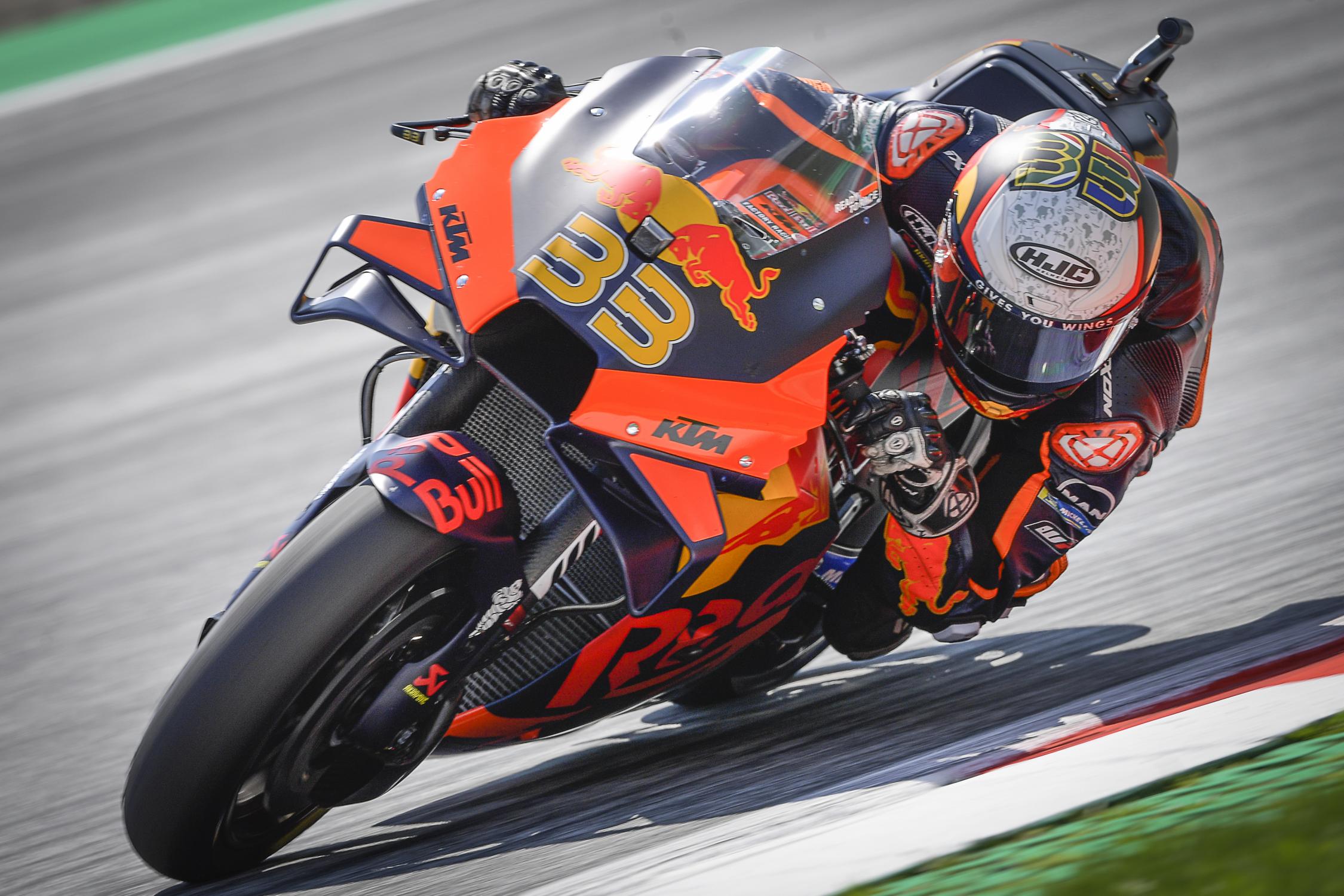 MotoGP races are exhilarating week in, week out. But the 2021 Bitci Motorrad Grand Prix von Österreich was undoubtedly the wildest race we’ve ever seen. Emerging victorious was Brad Binder (Red Bull KTM Factory Racing) the brave, as we witnessed the South African stay out on slick tires despite heavy rain falling with three laps to go.

Francesco Bagnaia (Ducati Lenovo Team) swapped to his wet weather machine and snatched second place on the last lap after passing six riders on the final lap, with Jorge Martin (Pramac Racing) claiming a third podium of the season after also swapping bikes in the closing stages.