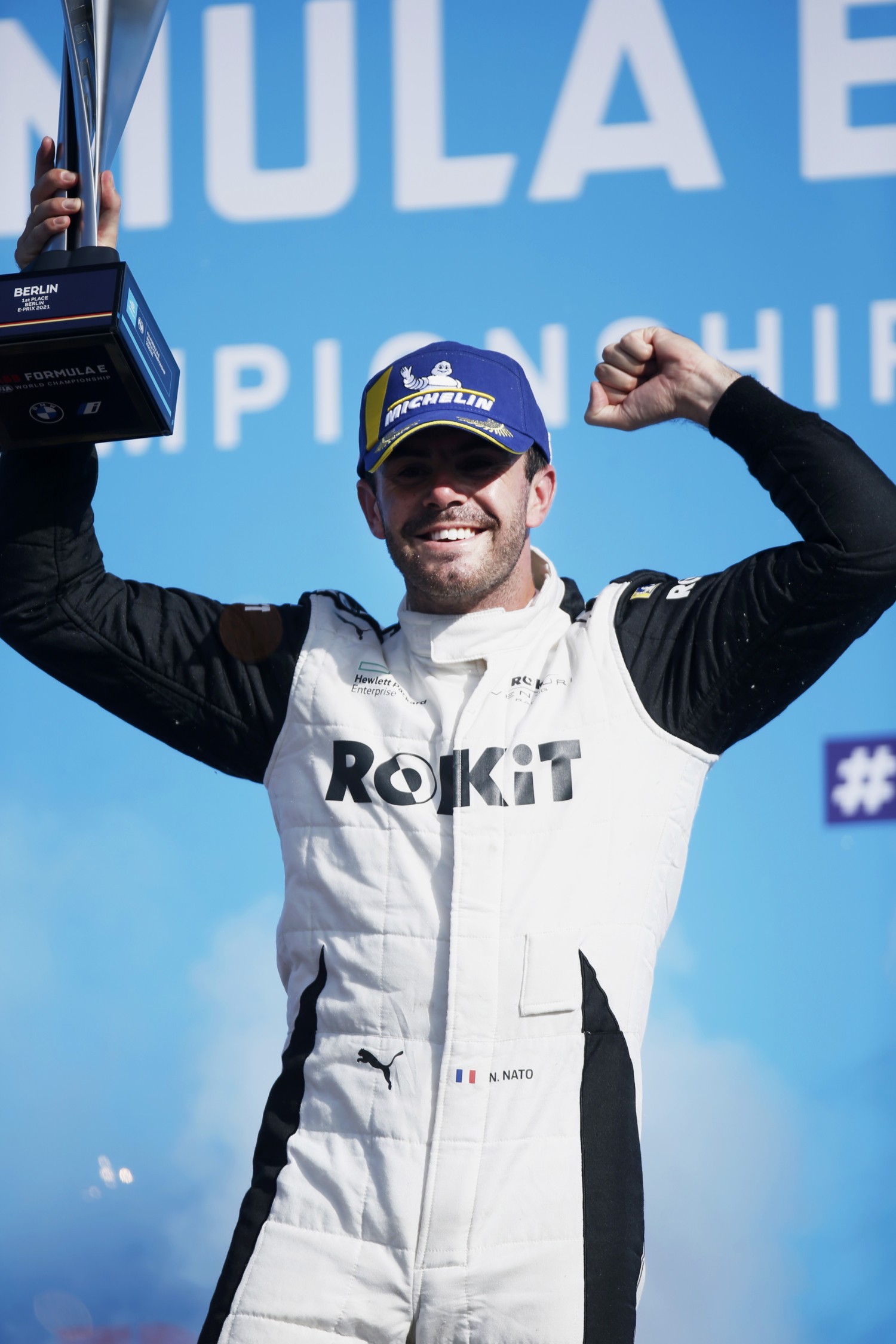 Nyck de Vries has won the 2021 Formula E world championship after his three closest title rivals ran out of talent and crashed out almost immediately in a Berlin E-Prix finale won by Norman Nato.

The dramatic race was marred by a near-instant crash on the start line when Evans, who was third on the grid and in a strong position to depose de Vries, failed to launch.

Mercedes-EQ won the Teams Championship with 183 points, followed by Jaguar Racing and DS TECHEETAH rounding up the top three in the standings.

The E-Prix itself was won by ROKiT Venturi Racing’s Norman Nato but drama at the beginning of the race – and the subsequent championship victory for de Vries – dominated proceedings.

Jaguar Racing’s Mitch Evans failed to move from his starting slot, with ROKiT Venturi Racing’s Edoardo Mortara crashing into the back of the Kiwi to force an instant red flag and delay the start of the race.

Both drivers walked from their vehicles with Mortara taken to hospital for precautionary further assessment. The competition for the title was subsequently thrown wide open – as Mortara had begun the race in second place in the standings, with Evans in fourth.

The drama did not end there as BMW i Andretti Motorsport’s Jake Dennis – who began the race in third place in the standings – quickly suffered technical issues, later claiming battery failure while lifting to save energy.

A full course yellow flag was called for as the British driver emerged from his car – evidently furious at his mistake as he threw his race gear to the ground and fell to his knees in disbelief.

It meant that three of the top four going into the Sunday finale were forced out within the first five minutes – and the championship was now de Vries’ to lose.

At the front of the grid, de Vries’ Mercedes-EQ teammate Stoffel Vandoorne – who began the race in P1 having secured the Julius Baer Pole Position – tussled it out with Nato and Nissan e.dams’ Oliver Rowland.

Nato made use of Vandoorne’s slowing pace to take the race lead at the half-way point – with Mahindra Racing’s Alexander Sims in second place having made good use of his ATTACK MODE power boost.

Rowland made smart use of his own power boost – which returned to the usual two four-minute bursts for the Sunday race – to overtake his British compatriot and take second position.

There was further drama as the fourth of de Vries’ title challengers – reigning champion Antonio Felix da Costa of DS TECHEETAH – was forced into the wall while trying to overtake Saturday’s race winner Lucas di Grassi of Audi Sport ABT Schaeffler. The move caused another full course yellow and a penalty for di Grassi.

Amongst all the drama de Vries had snuck into fourth position, taking advantage of the overtaking capabilities at the Tempelhof Airport Street Circuit.

As the cars emerged from the safety car de Vries narrowly avoided a collision with teammate Vandoorne when the two Mercedes-EQ cars were caught either side of TAG Heuer Porsche’s Andre Lotterer.

And there was no looking back from there as de Vries held on to finish eighth and subsequently become Formula E’s first World Champion – with Nato holding off the challenge from second-placed Rowland and third-placed Vandoorne to win Round 15 itself.

“I’m lost for words. It’s been such a tough season with highs and lows. Everything came down to the last race and I think we had a lot of fortune on our side today with everything that happened. I’m glad that everyone is OK from the incident at the start. I think we drove an incredible race, we had really good pace in the car, but at the same time, I felt like a target as well, it seemed like nobody was really respecting anything. So, at this point I just wanted to bring it home. My team were telling me to fight Jean-Eric Vergne, but I wasn’t sure why it was important, so I was getting frustrated that they didn’t want to tell me. Then the other drivers kept hitting me; left, right, front, rear. I wasn’t really happy with that, so I was a bit grumpy straight after the race. But now it’s starting to sink in.”