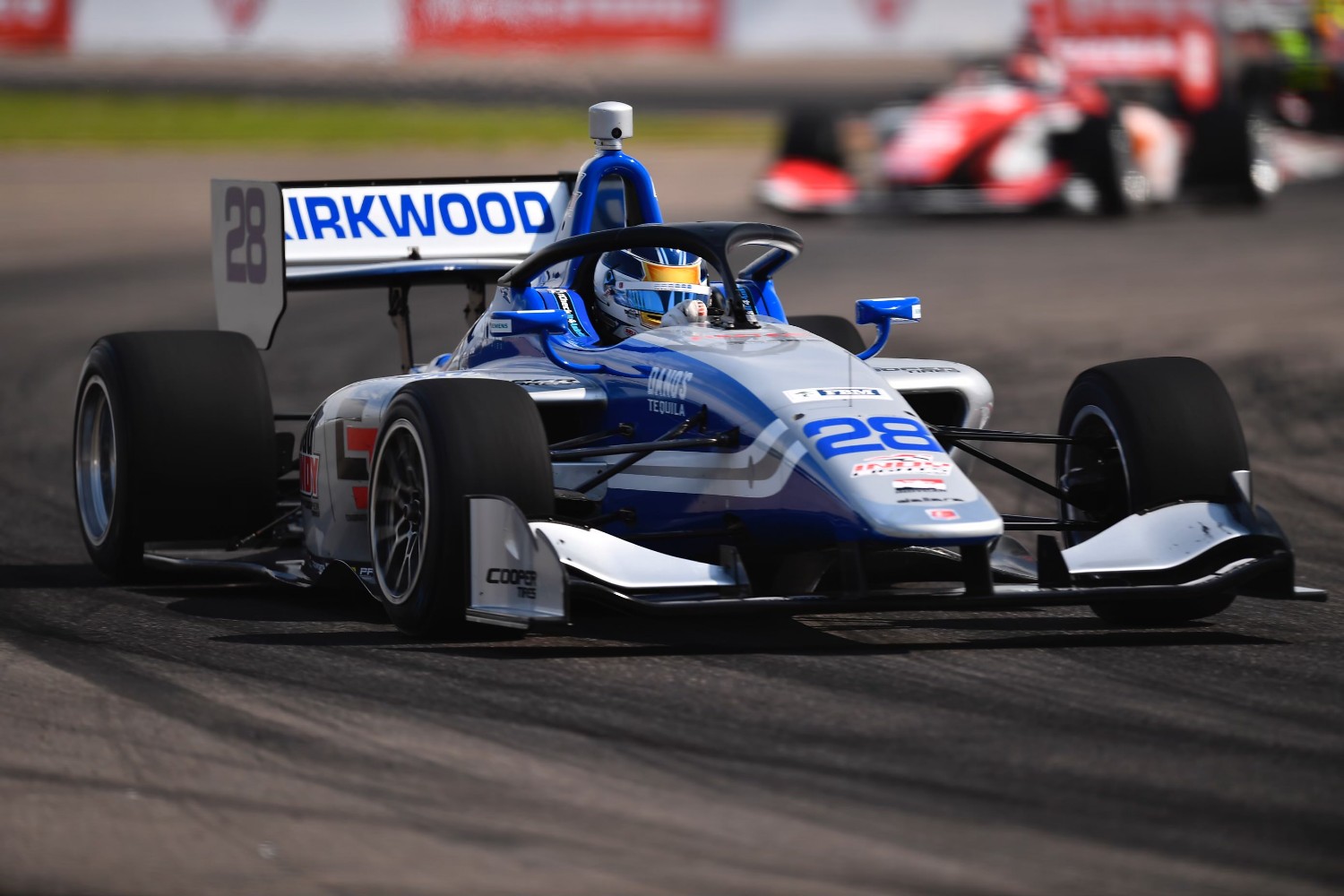 As the world’s leading driver development program heads into the final events on its current calendar, early indicators show a substantial expansion in grid sizes for all three levels of the Road to Indy Presented by Cooper Tires in 2022.

Following the recent announcement of a two-car program for new entrant TJ Speed, 16-18 cars are anticipated next season in Indy Lights Presented by Cooper Tires – the largest field since the introduction of the Dallara-AER technical package in 2015.

“The interest in Indy Lights is the most I’ve seen since Andretti Autosport joined the series – and interest from European drivers is at an all-time high,” said Andretti Autosport President J-F Thormann, for whom Kyle Kirkwood currently leads the Indy Lights point standings in search of the team’s third successive driver championship. “We are working hard on our lineup and fully intend to return as a four-car Indy Lights team in 2022.”

HMD Motorsports and Global Racing Group with HMD Motorsports, which currently sit second and third in the championship with David Malukas and Linus Lundqvist respectively, also plan to return en masse in 2022.

“The growth of Indy Lights from 2019 to 2021 has been great to watch and the competition this season is obviously very tough,” said HMD Motorsports General Manager Mike Maurini. “To have two drivers in the championship chase with only a few weekends remaining is all that we could have asked for.

“In 2022, we will return with a four-car effort once again. We have fielded a lot of inquiries, much more than previous years at this time, so that is hugely positive for the continued growth of the series. While many of the inquiries have come from drivers in the Road to Indy, we have seen an influx of calls from managers and drivers from overseas who are really taking a look at the Road to Indy. The strength of the NTT INDYCAR SERIES and the success of the Road to Indy graduates only solidifies that the program works and we hope to be able to push a couple more drivers to the upper echelon of North American motorsports through our program.”

Two teams on the Road to Indy ladder are in planning stages of an expansion into Indy Lights next season, while Pserra Racing/AS Promotions is making preparations for an additional entry to its single-car lineup for Antonio Serravalle. Two-car entries are also anticipated from Carlin and Juncos Hollinger Racing, which recently announced its return to the NTT INDYCAR SERIES.

“Exclusive Autosport is really looking forward to 2022 and the introduction of the upgraded Tatuus USF-22 and Tatuus IP-22,” said Michael Duncalfe, team principal of Exclusive Autosport, which lies second in the Indy Pro 2000 title chase with Braden Eves. “We are excited to grow with the Road to Indy and have ordered seven of the initial 40 chassis kits and are anticipating running three cars in each series. We are looking forward to the delivery of these kits so we can begin our 2022 testing program upon reception.”

“We are very excited about our Road to Indy program going into 2022,” said former Road to Indy competitor and race winner Peter Dempsey, founder and manager of Turn 3 Motorsport. “The new safety upgrades to the cars are really going to help push the Road to Indy to the next level, and we are looking forward to testing both the new cars and drivers in the off season. We are planning to expand our USF2000 and Indy Pro 2000 programs again with the goal of running two to three cars in each series. Our driver line up is already shaping up quite well, and we have a great winter test program in place which will push the development of the team forward going into 2022.”

At the most recent rounds for the Road to Indy at the Mid-Ohio Sports Car Course, USF2000 saw its largest grid size since 2013 with 28 entries and numbers could top 30 for next season. While no new teams are anticipated, there has been a flurry of interest from drivers in junior formulas looking to move onto the ladder.

“From the minute it was announced that Indy Lights would be back in 2021 after its hiatus in 2020, there has been a true air of excitement, optimism and momentum with the series and the entire Road to Indy,” said Rob Howden, Road to Indy Series Development Director. “The emergence of HMD-Global and the return of Carlin were the first signs of the program’s new growth, and last week’s official announcement of the TJ Speed operation was yet another point of progress. I’ve been extremely happy with the positive atmosphere in the paddock in my regular meetings with team ownership and management, and I believe that we’re going to see at least two more new teams join the grid for 2022.”

“The USF2000 program is hitting entry numbers higher than ever in the last 12 years of the formula, and there’s no end in sight right now,” Howden continued. “I wouldn’t be surprised to see 30 drivers to start the 2022 season, even with many of the top competitors graduating to Indy Pro 2000. The second level of our program launched well this season with 17 cars, then a couple of drivers encountered budget issues and had made the difficult but wise decision to defer their focus to 2022. We may have 10 teams in Indy Pro 2000 next year and the increasing interest from overseas that will pair with the expected graduations of drivers from USF2000 will very likely result in the largest grids the series has enjoyed since it officially joined the Road to Indy in 2013. I fully expect that 2022 will see the largest combined grids in the history of the RTI.”

The Road to Indy returns to action this week as Indy Lights and Indy Pro 2000 join the NTT INDYCAR SERIES at World Wide Technology Raceway, pivotal rounds for both series with the additional points available for oval events. USF2000 will be back in action one week later as it joins Indy Pro 2000 at New Jersey Motorsports Park.