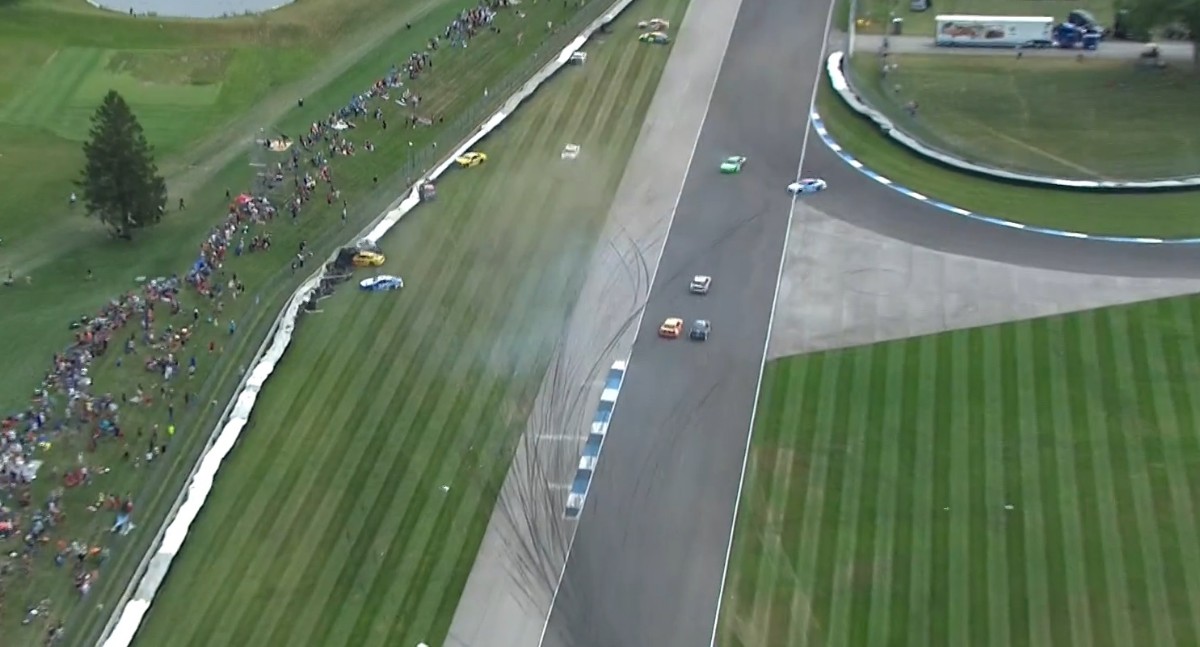 NASCAR and its fans are blaming the curbing at IMS for some of the accidents that occurred in the Verizon 200 Cup race Sunday.

Well any mental midget can figure out that the curbs were NOT the problem.

Those curbs have been there for years for F1 races, IndyCar races and IMSA races without an issue.

But along comes NASCAR with their heavy taxi cabs pounding over the curbs and guess what? They broke the curbs from their anchors and up they came.

“Obviously, we had our problems today,” NASCAR vice president of competition Scott Miller said. “We’ll take a lot of learnings away and come back and put on a better event, obviously avoiding the problems we had today. But I think that we saw some exciting action out there and I think that the course itself puts on a really good show.”

“The curbing is the same style we’ve had since we built it. It’s been replaced, repaired,” Indianapolis Motor Speedway President Doug Boles said. “We’ve not ever really had an issue with those curbs. We looked at that section every session, looked at it every night, every morning there was no indication there was ever anything wrong with it, so it’s a little bit of a surprise to us.”

Tell the drivers to stop driving over the curbs, and if they do – stop and go penalty.

“When you hit them wrong, you pay the price,” he said of the chicanes. “Unfortunately, it was a huge price, and we don’t need that. We don’t need to be tearing up cars like that. But at the same time, we have to drive over it the right way. I thought the race track had the right limitations. Unfortunately, the curbing was just starting to come up.”