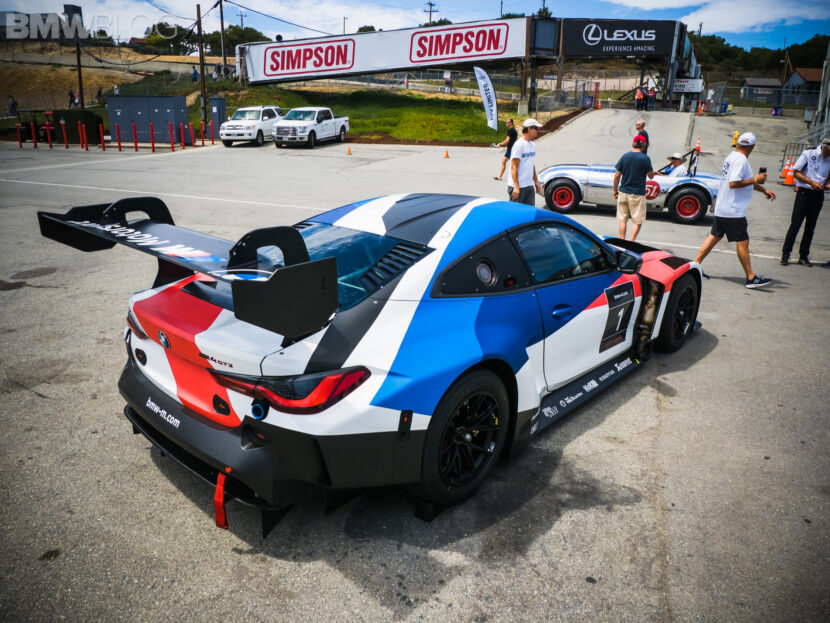 Courtesy of BMW of North America, we headed out to the famed track to attend the unveil of a new racing car. For the first time, the BMW M4 GT3 landed on U.S. soil before his maiden race in January 22 at the Daytona 24 Hours.

The new racing car will replace the current M8 GT3 and M6 GT3 across various racing championships around the world. The new racing car is built on the backbones of the BMW M4 Competition. Testing began last year and it already has over 14,000 test kilometers under its belt. The goal with the M4 GT3 was to significantly reduce life cycle costs and maintenance expenditure compared to its predecessor. There are also some noticeable differences compared to its predecessor, the BMW M6 GT3. The new M4 GT3 is 45 millimeters longer, 6 millimeters narrower and has a longer wheelbase by 16 millimeters.

The most significant change comes under the hood though. Whereas the old M6 GT3 used a 4.4-liter P63 V8 with up to 580 HP, the new M4 GT3 uses a 3-liter P58 straight six turbocharged engine good for up to 590 HP. The new engine therefore saves about 40 kilograms of weight compared to its predecessor and has extensive changes compared to the S58 engine it is based on.