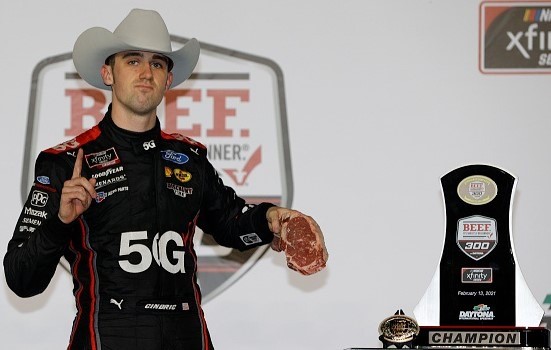 Four Daytona International Speedway Champions, three in NASCAR and one in the Rolex 24 At DAYTONA, along with one of the NASCAR Xfinity Series best, are ready to answer fans burning questions before the Wawa 250 Powered by Coca-Cola on Friday, Aug. 27.

Anyone who has access to the UNOH Fanzone can ask these drivers their questions and get a personal experience with the potential victor of the 2021 Wawa 250 Powered by Coca-Cola. Friday Admission is $25 for adults and FREE for kids 12 and under. Here fans will also have access to pre-race ceremonies, driver introductions, access to the large grass ballfield and the start/finish line through the middle of the 18-degree, banked trioval. Fans can also get photos with the winning trophies of the weekend in Ruoff Mortgage Victory Lane.

Below gives more detail on the group of drivers scheduled to be a part of the UNOH Fanzone on Friday, Aug. 27:

*Driver availability for the DIS Pre-Race Fan Question & Answer session is subject to change and without notice. Neither NASCAR nor any of its affiliates are responsible for this event*

For UNOH Fanzone access the day after, for the Cup Series Coke Zero Sugar 400, admission is $60 for adults and FREE for kids 12 and under if they are accompanied by a paid adult. Another lineup of drivers will be doing a Q&A before the Saturday race as well. If fans would like to visit the UNOH Fanzone before both the Coke Zero Sugar 400 and the Wawa 250 Powered by Coca-Cola, they have the option of the Two-Day Pass, where access to the pre-race events for both days will be only $75.

Tickets for the Coke Zero Sugar 400 and the Wawa 250 Powered by Coca-Cola can be purchased online at www.daytonainternationalspeedway.com or by calling 1-800-PITSHOP.