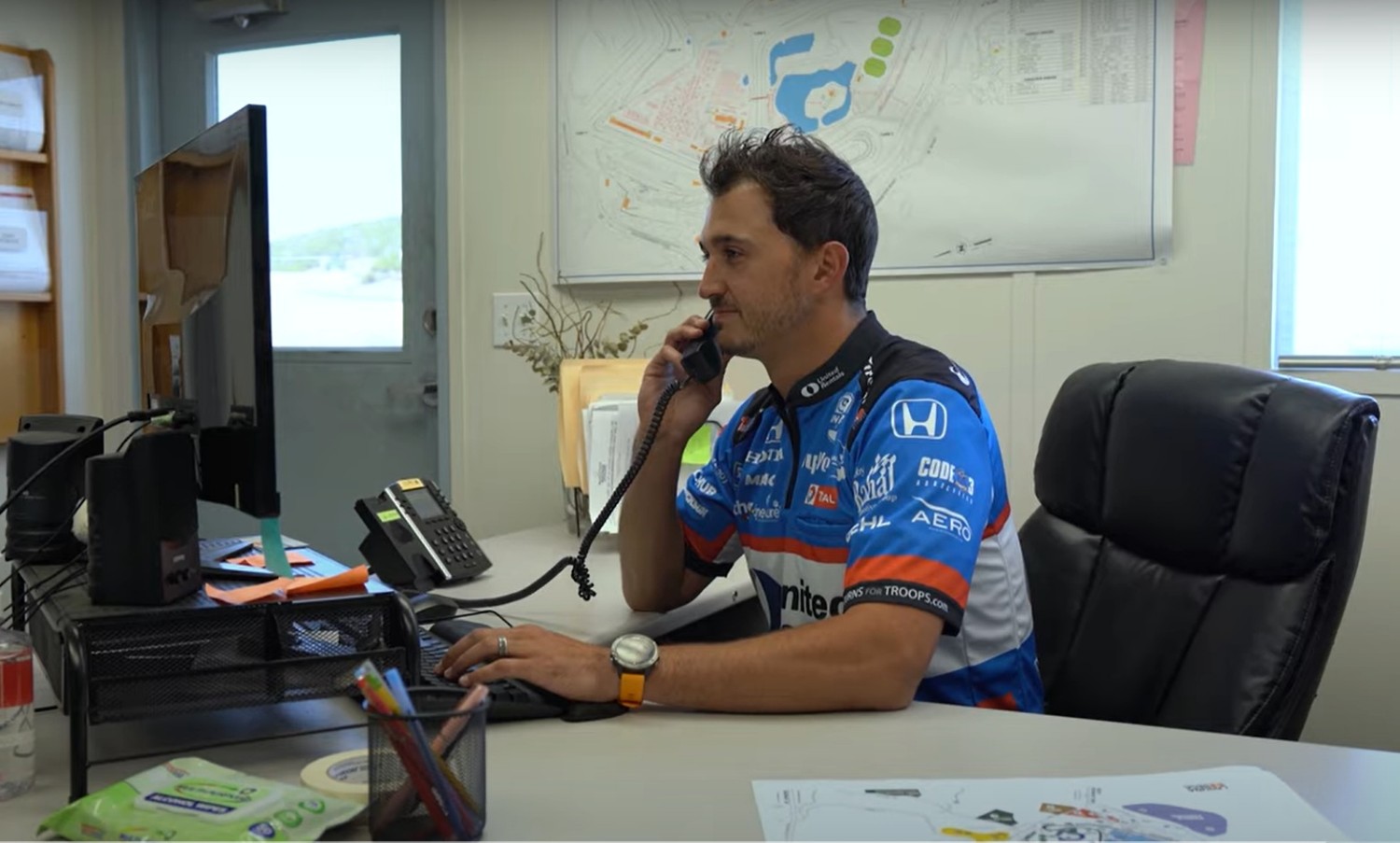 MONTEREY, Calif., August 19, 2021 – Graham Rahal took a part time job at one of the most famous race tracks in the world. Well, for one day at least.

The INDYCAR star visited WeatherTech Raceway Laguna Seca last month to partake in the testing ahead of the Firestone Grand Prix of Monterey Sept. 17-19.

While on site, Rahal – who has plenty of family and professional history with the track – was put to work doing a variety of tasks.

These included answering phones and learning to properly rake the gravel atop the Corkscrew for which he hopes to avoid. He even snuck out during his lunch break for a few well-earned hot laps in his brand new 2022 Honda Civic Sport, which involved driving down the Straight named for his legendary father, Bobby Rahal (despite what the video might say).

Graham was nice enough to sign some autographs for fans and take a lap with them. But things will be much more focused when he roars down the circuit – for real – in just under one month for the Rahal Letterman Lanigan Racing team.

Advance tickets to see Rahal competing against the other top-notch INDYCAR drivers Sept. 17-19 are available here. For camping information and reservations, please call the Tickets and Accommodations Office at (831) 242-8200 from Monday – Friday, 8 a.m. to 5 p.m. PT.