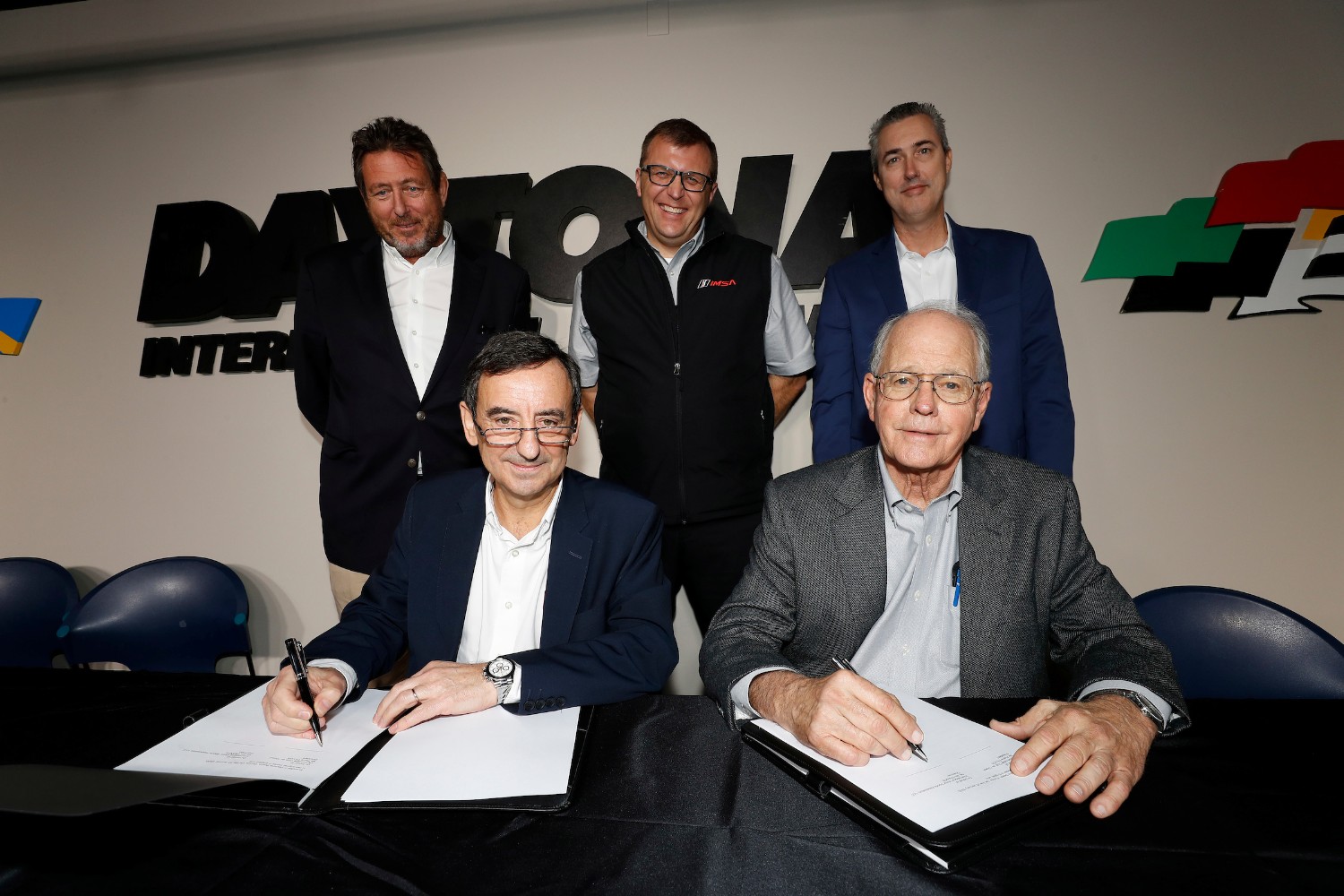 IMSA and the ACO have renewed their long-standing partnership, in a deal extending for the next ten years.

Announced during the ACO’s annual press conference in Le Mans, the two organizations will continue to work together into the next decade on technical and sporting regulations, sharing of resources and other elements.

The Automobile Club de l’Ouest held a digital press conference this Friday (20 August), on the eve of the 89th 24 Hours of Le Mans. Read on for details of the announcements.

This year sees fans return to the Circuit and the launch of the Hypercar class. Several personalities were also honored during the first part of the conference: John Elkann, Chairman of Ferrari and this year’s race starter, along with Derek Bell, Grand Marshal, and Philippe Sinault, recipient of the Spirit of Le Mans trophy.

The provisional calendar for FIA WEC Season 10 has been announced! With six races on three continents and the 24 Hours of Le Mans back in its regular June slot for the 90th edition, there is much to look forward to in 2022.

Consistent with its CSR strategy presented last June, the ACO remains fully committed to sustainable development and will be introducing fully renewable racing fuel in the FIA WEC and ELMS in 2022, that meets the latest FIA criteria for sustainable fuels. This fuel, named “Excellium Racing 100”, marks a turning point for everyone involved in Endurance racing’s energy transition. Also new this year, the ACO Sustainable Endurance Award presented by DHL with the 1st winner in history: WRT.

4 – Renewal of the ACO/IMSA agreement

After announcing the main aspects of convergence for the top class of Endurance racing a few weeks ago, Pierre Fillon, President of the Automobile Club de l’Ouest, and John Doonan, IMSA President, have renewed the agreement binding their two organizations for the next ten years. Several areas were covered in this announcement.

“Trying to sum it up in one word… It’s stability,” said IMSA President John Doonan.

“Stability for our manufacturer partners to know that when they make strategic decisions about their motorsport investments that they know that our organizations are aligned both on the technical side, and in many ways, on the sporting side to provide a platform for them to showcase their brand in front of a global audience.”

5 – MissionH24 and hydrogen – racing to the future

The MissionH24 program spearheaded by the ACO and GreenGT is pressing ahead with its development. In 2025, the 24 Hours of Le Mans will include a class reserved for hydrogen-electric prototypes. And because the future starts here, the H24 prototype will complete a lap of the circuit at 15:42 tomorrow just before the start of the 24 Hours of Le Mans (at 16:00).

Following the introduction of the Hypercar category this year, there are further changes to come. As explained by President Fillon and the FIA Endurance Commission President Richard Mille, the current LMP2 and LM GTE technical regulations will be retained until the end of 2023, with the new sets of regulations expected the following year for both classes. A platform based on FIA GT3 is being evaluated as one of the possible options.

The centennial 24 Hours of Le Mans is less than two years away! The French endurance classic will celebrate one hundred years of history in 2023 with the most glittering grid ever seen in Endurance racing. With a unique exhibition, a look at the world’s greatest motoring events and a special film and publications, the centenary promises to be a momentous occasion!