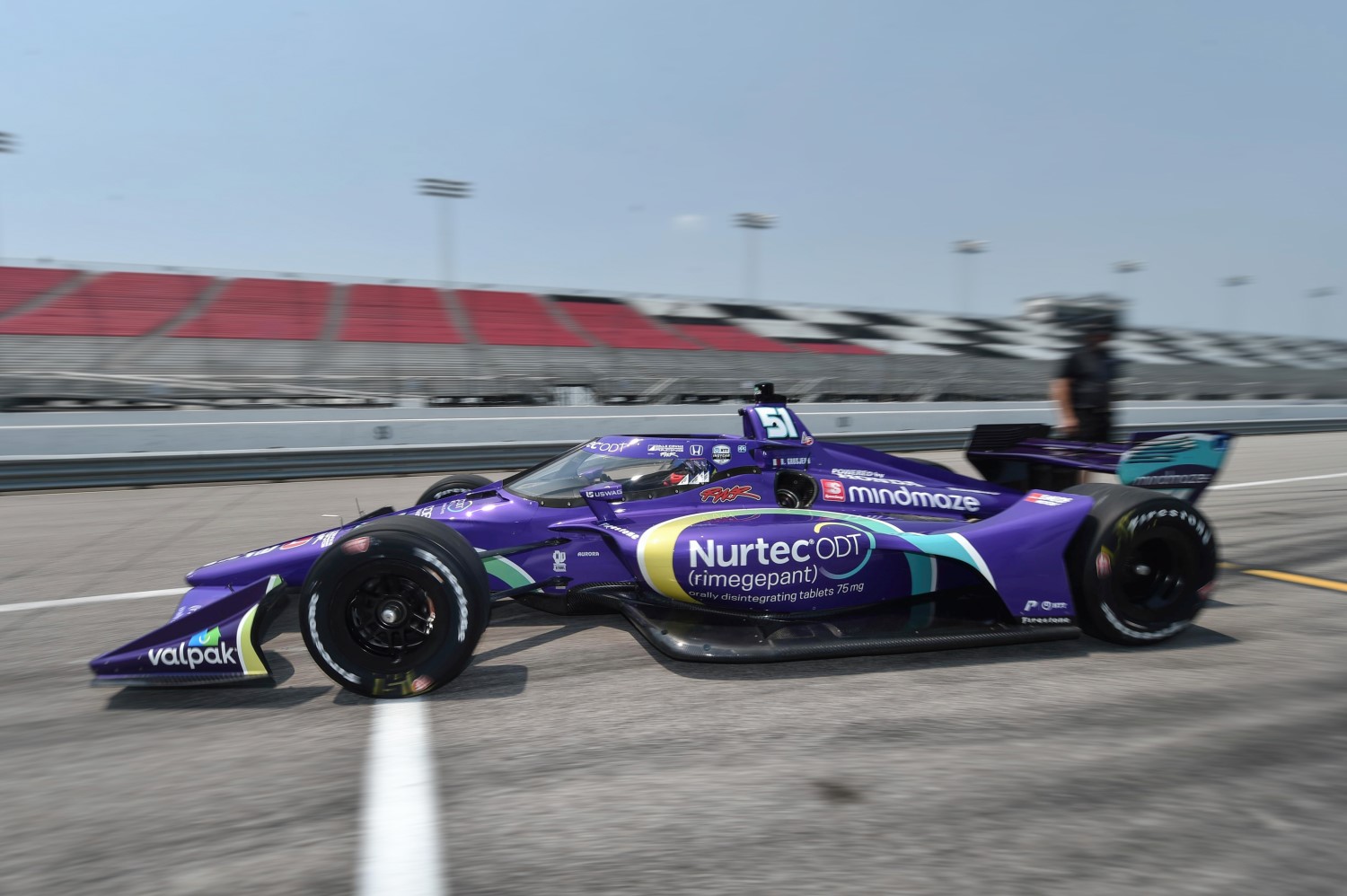 The rain that was moving through the St Louis area has missed the raceway.  And the forecast has now been changed to only cloudy skies and mid 80 temperatures by qualifying time.

Another development is that Alex Palou has a nine grid position penalty instead of six because this is an oval.  This may hurt the championship points leader today since it is hard to pass and the 24 year old Spaniard does not have a bunch of experience on this kind of track, being this is only his second year in IndyCar.

Good morning from Madison, IL and the 1.25 mile egg shaped oval.  The weather for today is predicted to be cloudy with a chance of thunderstorms this morning and right around qualifying time today for the single day Bommarito Automotive Group 500.  It is overcast right which could change before the only practice session at 12:15 pm.

The buzz today will be how well Roman Grosjean, the former F1 driver turned rookie in IndyCars, does in his first oval race.  The Dale Coyne Racing driver of the number 52 entry tested here at WWT over the summer and completed 166 laps.  Grosjean’s best lap was just a half a second off the best lap of the day by Colton Herta of Andretti Autosport.

Coming off a strong run last weekend which resulted in a second place finish on the IMS road course, Grosjean had this to say about this race.  “I’m going into my first oval race at World Wide Technology Raceway so there’s obviously still a lot to learn for me .  I’m really feeling like a rookie going into the race,” expressed Grosjean.   “I really want to go there and gain as much experience as possible and do the best we can, obviously.”

The championship points race is also heating up with only four races to go this season.  Alex Palou, the Chip Ganassi driver of the number 10 entry, has received another six position grid penalty due to the result of his Honda engine failing in the inaugural Nashville race.   This might give Pato O’Ward, the Arrow McLaren driver of the number 5 entry,  and Palou’s teammate Scott Dixon, currently third in the points, a chance to take over the points lead which Palou has held since early in the season.

Ed Carpenter, owner of Ed Carpenter Racing, will be driving his number 20 entry and trying to match or better his best finish here of second place in 2019.  “I am really excited to get back to WWT Raceway!  We have had good results there in the past and I can’t wait to finish driving my season off on a high note.”

The IndyCar schedule for today is a one hour and a half hours at 12:15 pm CDT.   Qualifying is scheduled for 4 pm with the race starting at 7:40 pm.

Stay tuned for updates as weather might change some of the schedule.