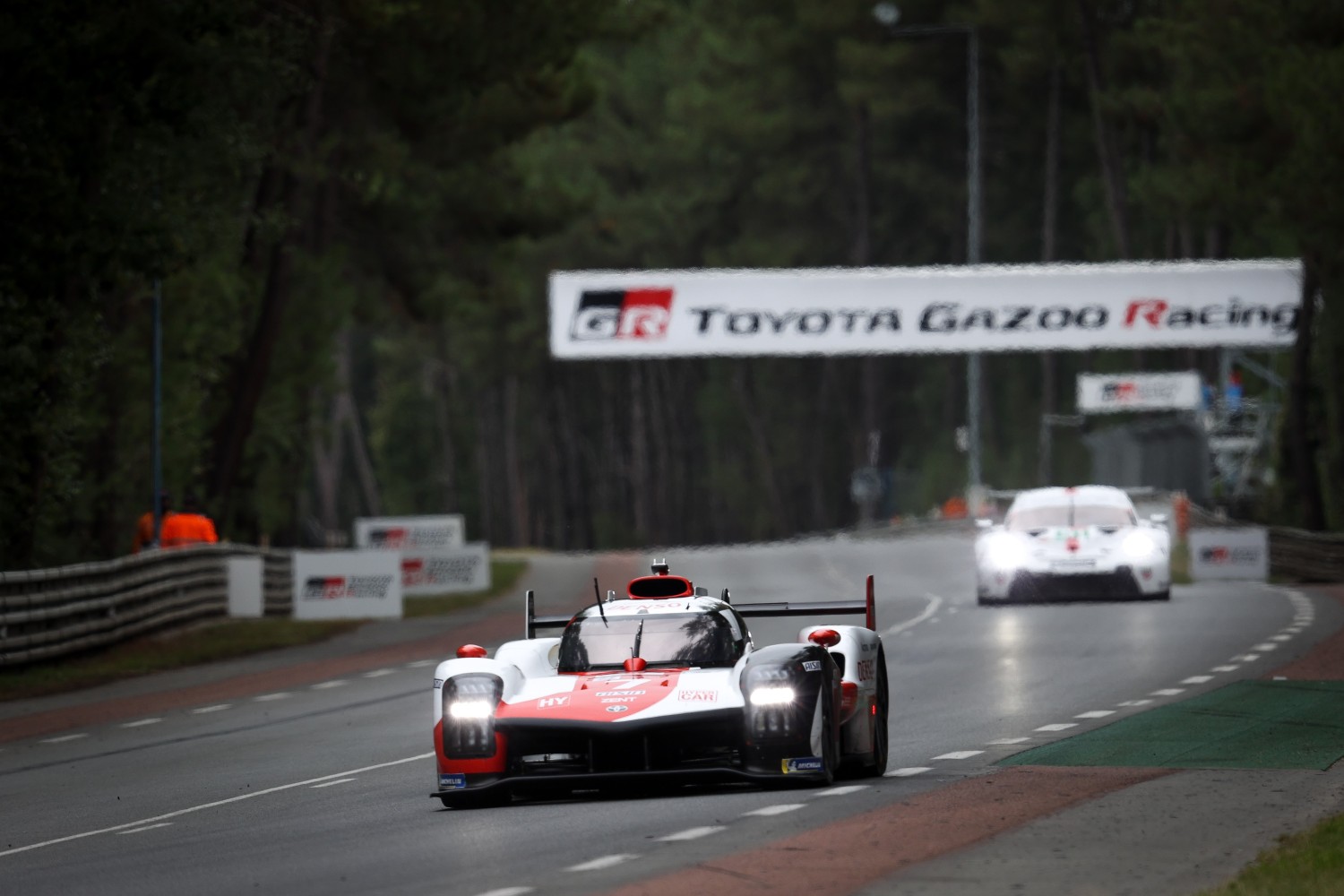 The #7 Toyota has taken a controlled lead in the Le Mans 24 Hours at the four-hour mark in the overall standings while Corvette has moved out front in GTE Pro.

In the fourth hour the race saw its first safety car intervention due to a hard hit for Marcos Gomes in the #98 Aston Martin, who went into the tires at the Indianapolis corner.

Brazilian Stock Car regular Gomes managed to step out of the heavily damaged car under his own power, but the Aston, which had been running in the top three in GTE Am, was the race’s first retirement.

In LMP2 the #38 Oreca-Gibson Antonio Felix da Costa had been dominating the race but shortly after taking over the car just past the 2h30min mark Anthony Davidson went off in the run up to the Dunlop chicane. That handed the class lead to the #26 G-Drive Aurus of Franco Colapinto.