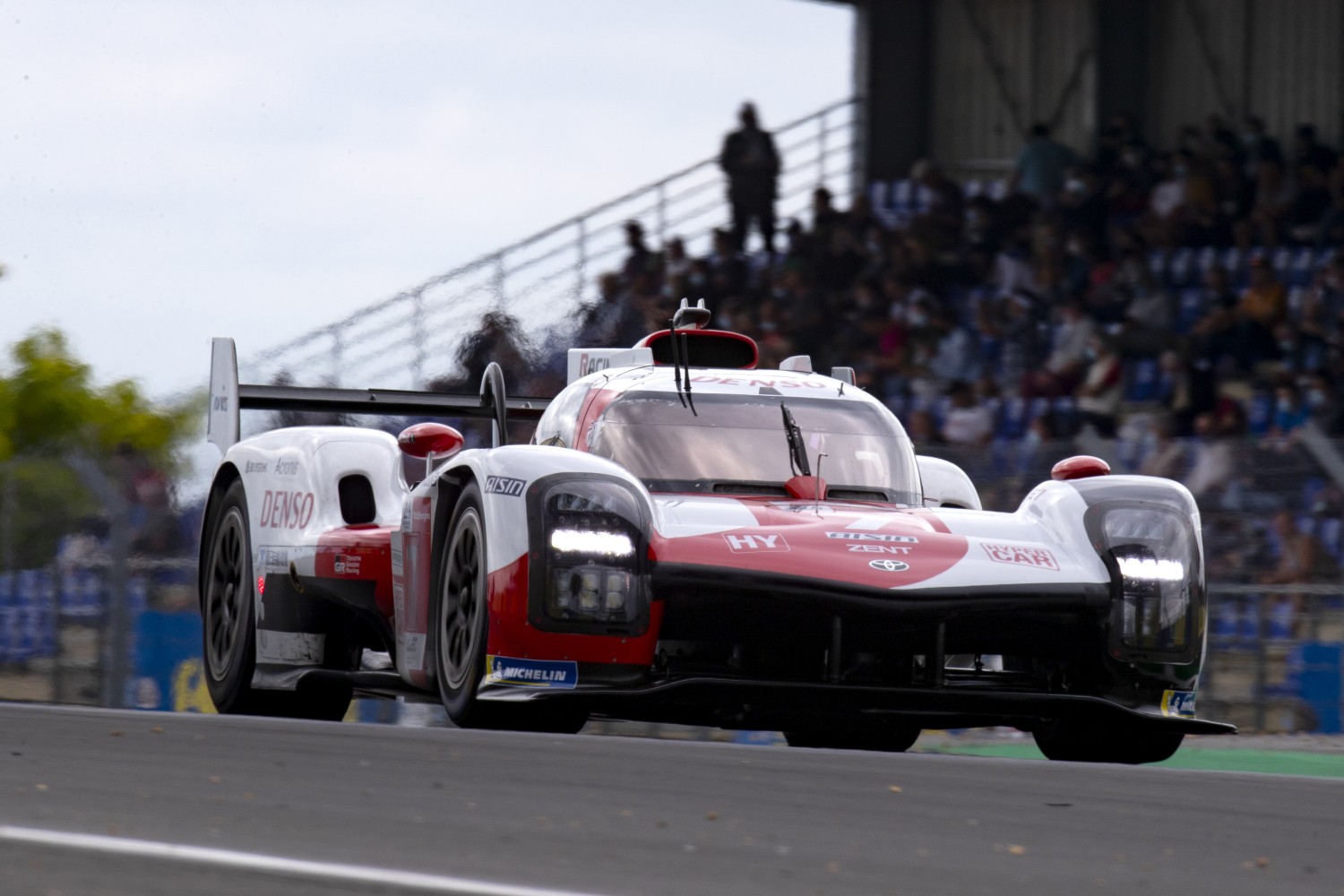 With 18 hours completed the #7 Toyota Gazoo Racing GR010 of Kamui Kobayashi is leading having completed 274 laps, nearly one lap ahead of the #8 Toyota of Sebastien Buemi.  Buemi slowed and stopped at the side of the track. The Swiss driver did a reset on the #8 GR010 at the top of the hour and was soon back up to speed.

The #36 Alpine Elf Matmut A480 of Andre Negrao is running third, four laps behind the Toyotas with the #708 Glickenhaus 007 LMH of Franck Mailleux in 4th,  38 seconds behind the Alpine.

The #51 AF Corse Ferrari is leading the LMGTE Pro class with Come Ledogar 70 seconds ahead of the #61 Corvette Racing C8.R of Jordan Taylor.  The #52 Ferrari had dropped back overnight with suspension failure and at the top of the 18thhour a puncture saw Sam Bird limping back to the pits with extensive front right bodywork damage from the flailing delaminated tyre.

Team WRT are running 1-2 in LMP2 with the #31 Oreca of Charles Milesi leading by 2m13s ahead of the #41 Oreca of Yifei Ye.  The #83 AF Corse Ferrari of reigning class champion Nicklas Nielsen is leading in LMGTE Am, 42 seconds ahead of the #33 TF Sport Aston Martin of Dylan Pereira. 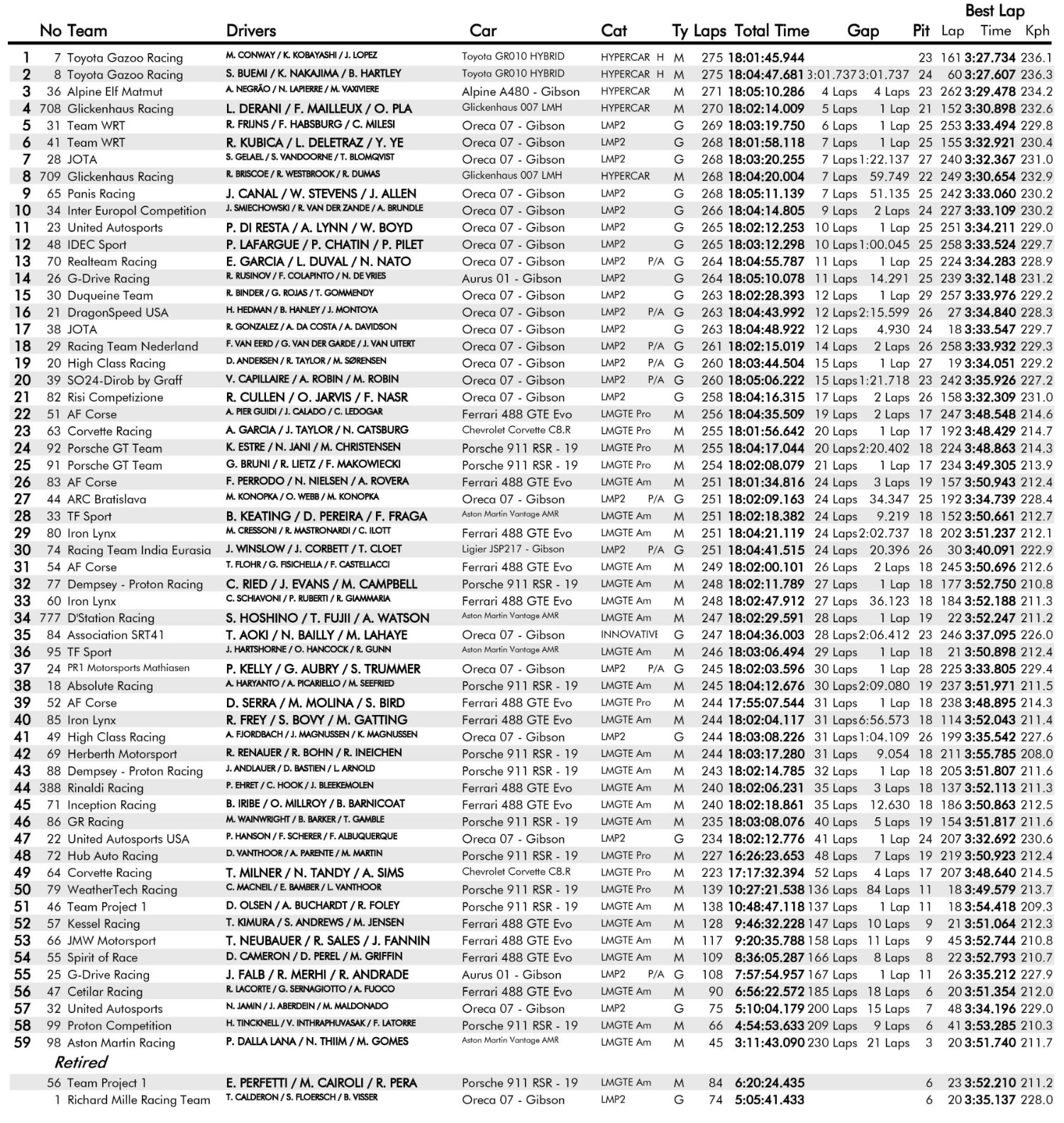