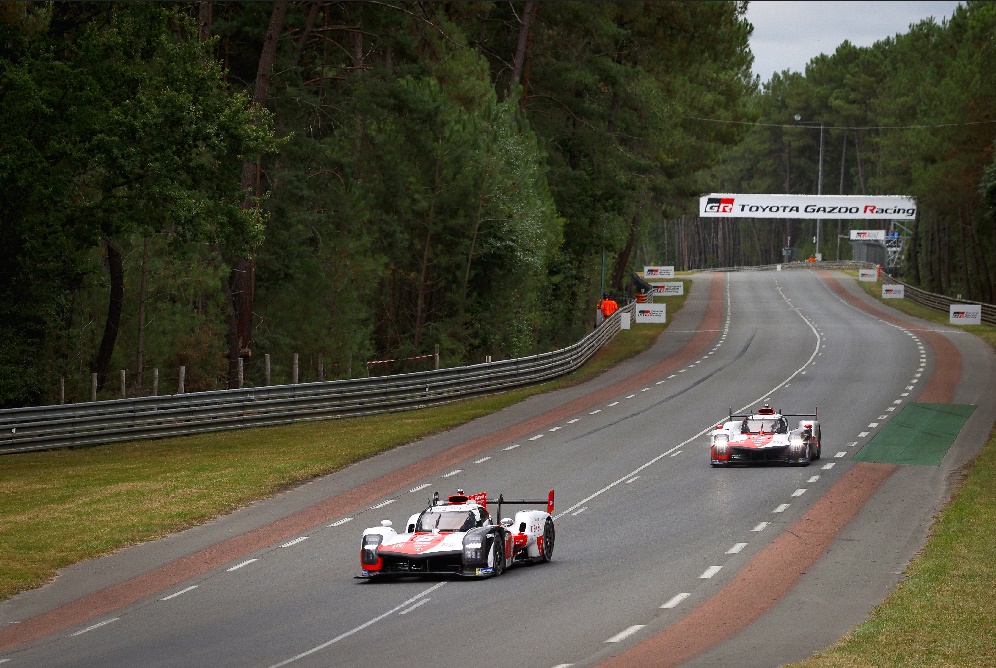 With just 3 hours to go at Le Mans, a 1-2 finish for Toyota looks ever more likely; the No. 7 continuing the lead the field with Mike Conway a lap ahead of Brendon Hartley in the No. 8 Toyota and 4 laps ahead of the third place Alpine.

But the fight for third continues to be interesting as the race-end closes in. Alpine is third with Matthieu Vaxiviere at the wheel, but the A480 isn’t as good on fuel mileage as the No. 708 Glickenhaus that is 1m55s behind with Pipo Derani pushing hard. The No. 708 has done just 24 stops, vs. 27 for the Alpine

In LMP2, we saw the demise of the Risi Competition ORECA, which pulled into the pits with a suspected engine failure.

“I’d just jumped in the car, everything was OK, was on a lap then suddenly lost power in Sector 3,” Oliver Jarvis said after bringing the car into the pits. “I had a sensor warning on the dash. The cameras picked it up, and they advised me to come in.

“We’ve had a few issues; a rear bodywork section that dislodged and wouldn’t come off. We then had an oil leak. An eventful 19 hours. Generally, when you see smoke like that, it’s terminal. I’m gutted for the guys, they’ve worked so hard for months now.”

In GTE Pro and Am, things remain stabilized, but it feels as though further excitement is still to come. No. 51 AF Corse driver James Calado is pushing hard to hold off Nicky Catsburg’s No. 63 Corvette at the head of the Pro class.