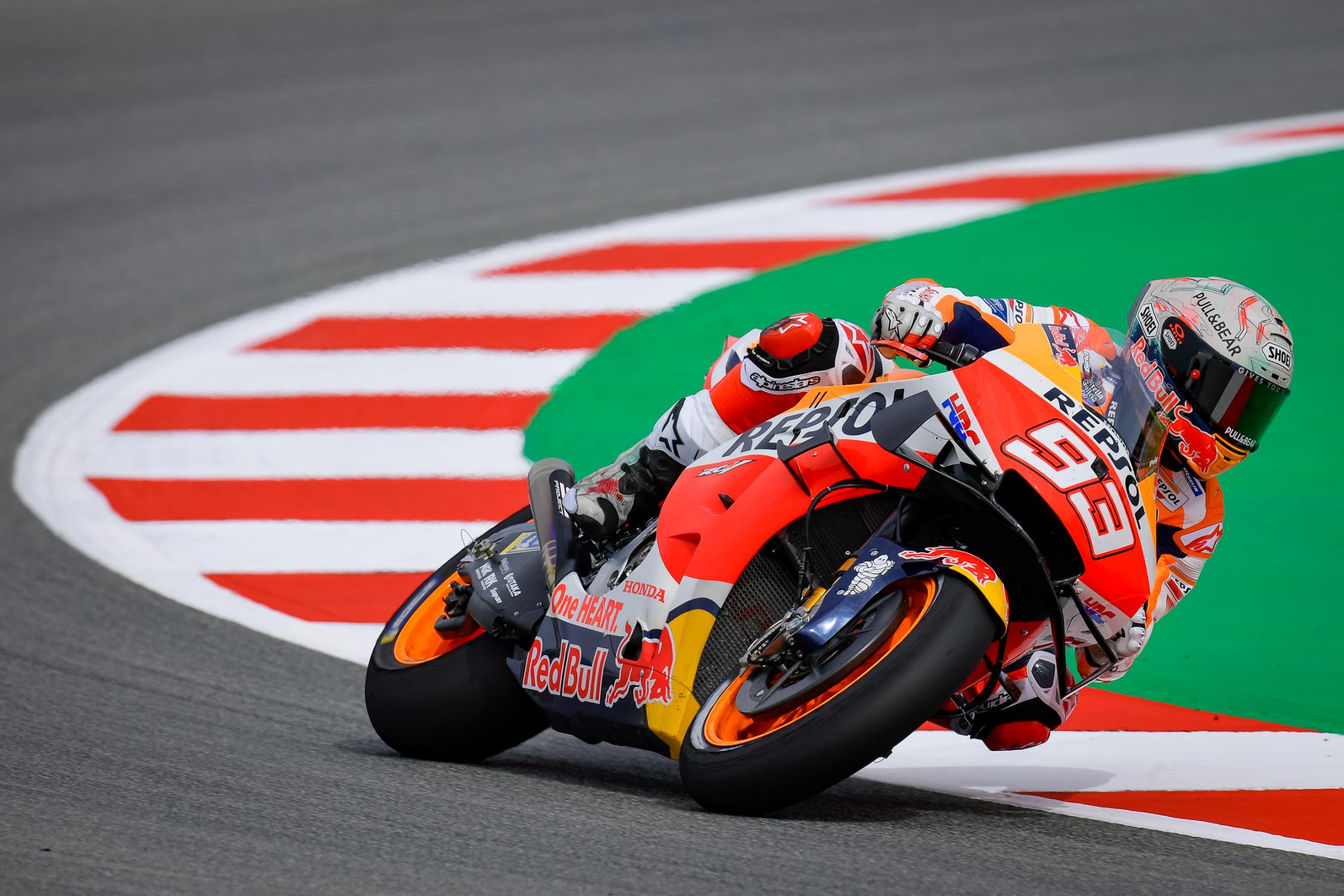 Marquez set a 2:00.941 in MotoGP™ FP1 to set the pace at the beginning of the Monster Energy British Grand Prix, but the eight-time World Champion suffered a huge Turn 2 crash at the end of the session that brought out the red flags.