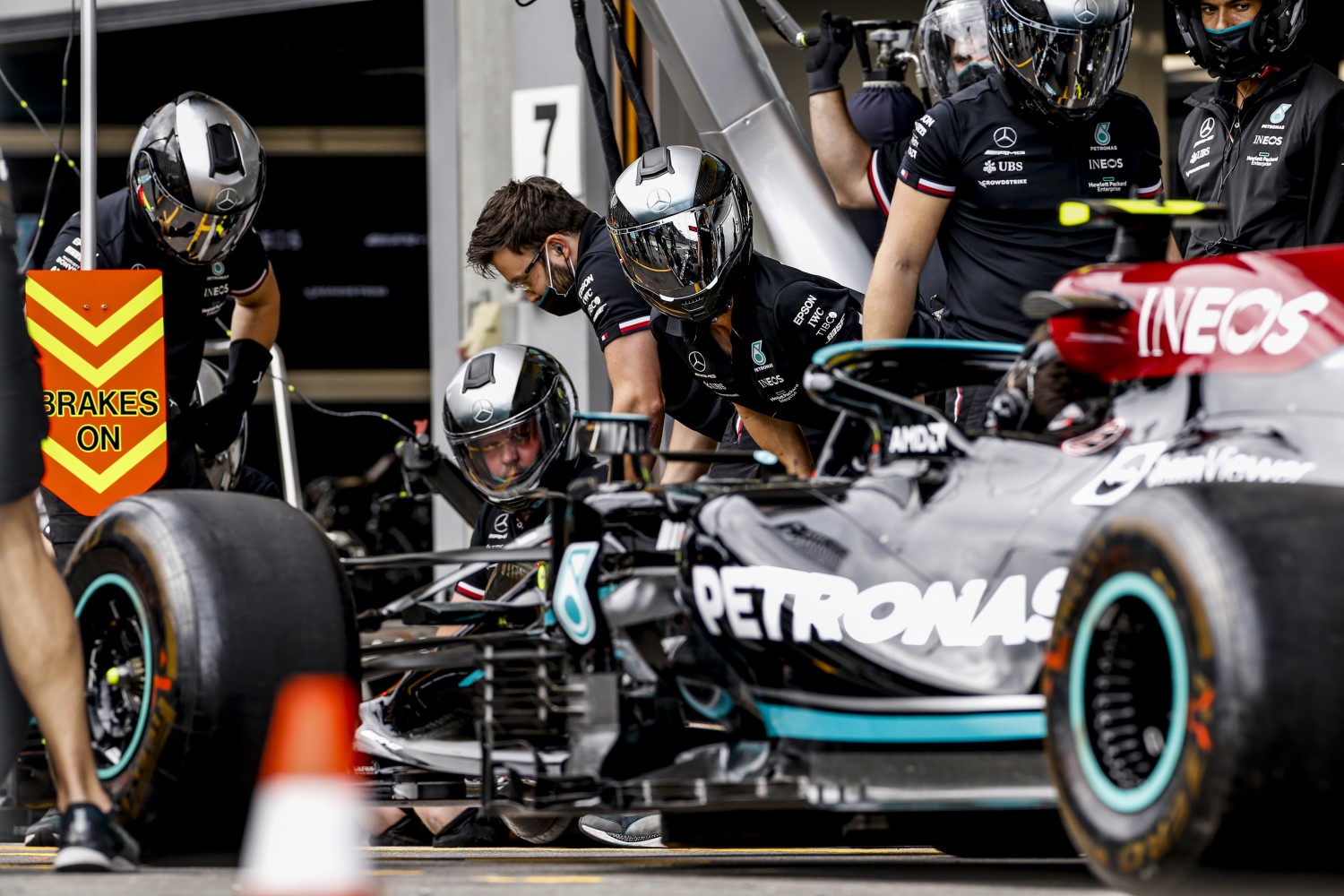 Valtteri Bottas strapped on a set of soft red tires and turned a lap of 1m45.199s to lead opening practice of the Belgian GP at Spa.

Max Verstappen’s second flying effort did see the Dutchman improve, but he remained second, 0.164s adrift of Bottas. The Dutchman will be confident of closing that deficit though, with the second sector seemingly where he has the advantage of the Silver Arrows.

Pierre Gasly was third quick 0.5s back in his Alpha Tauri.

The Ferraris of Charles Leclerc and Carlos Sainz Jr. rounded out the top-5 with Sergio Perez and Sebastian Vettel 6th and 7th.

Lewis Hamilton was sandbagging, 3 seconds off the pace in 18th.

Early on, a blanket of fog covered Spa-Francorchamps and the track was damp, but the drivers reported the circuit too dry for intermediate tires. Rain is set to fall throughout the weekend, however, leaving teams practicing on slick tires in FP1 but anticipating wet conditions – and the clouds did indeed unleash some rain at the very end of the session.

Advantage Mercedes, but based on the session as a whole, it certainly looks like Red Bull have a lot more to offer – certainly on the harder compound tires. Hamilton hasn’t shown his full hand having been hampered by traffic on his flying lap, so it is all still to play for later on.