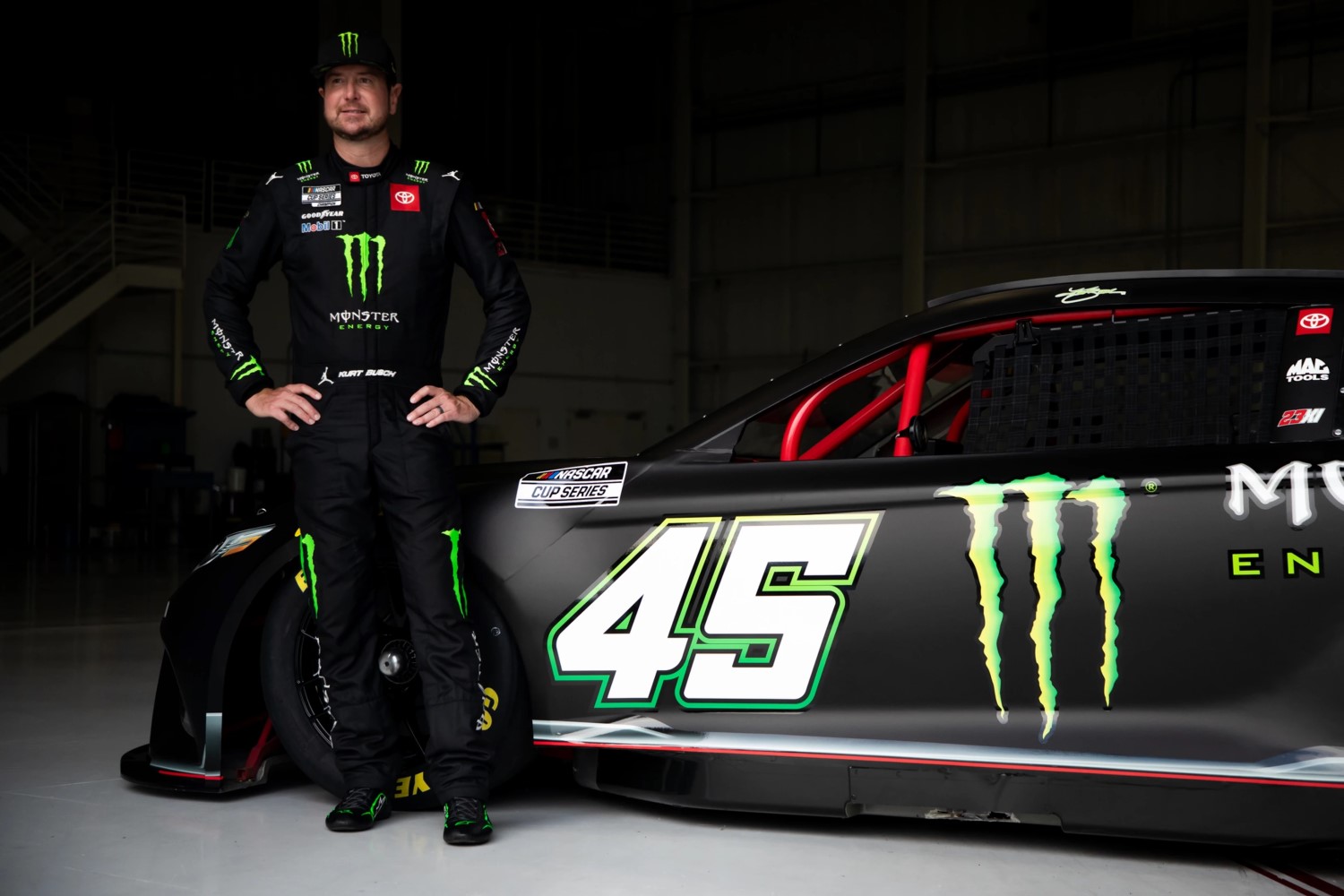 In a video released Friday, Kurt Busch announced he will drive for 23XI Racing in the 2022 NASCAR Cup Series and unveiled the new No. 45 Toyota he will pilot full time next season. A full shot of the Camry revealed the number placement on the Next Gen car will be different from what it is currently.

NASCAR confirmed the change Friday as well, and said in a statement: “There remains incredible interest from new owners and new sponsors in joining the NASCAR family. We are committed to working with our race team partners to innovate and deliver opportunities to increase the value to sponsors who support our sport.”

While NASCAR had been looking at the option for months, it became official after a video from 23XI Racing announcing that Kurt Busch will join the team next season showed the car number in the new location.

NASCAR confirmed to NBC Sports that all Cup teams will have the door number, located behind the front wheel this season, to a position next season that will be centered with the base of the a-post and the back edge of the a-post support bar/stationary window net.

The move is being made to allow sponsors to have a bigger image on the side of the car.

The change is for Cup cars only.

The 2022 Next Gen car is set to make its official on-track debut Feb. 20 at Daytona International Speedway with the annual Daytona 500 season opener.

“We are extremely enthusiastic about the launch of the Next Gen car in 2022,” Richard Childress Racing President Torrey Galida said. “All three manufacturers did a great job with the styling of the new race cars. We all know how important the number is to a fan’s connection with their driver. Moving the numbers forward should make them more visible, and will also provide the race teams an opportunity to give sponsors some enhanced branding opportunities. The teams and sponsors are going to have fun creating some bold new designs on the new car.”