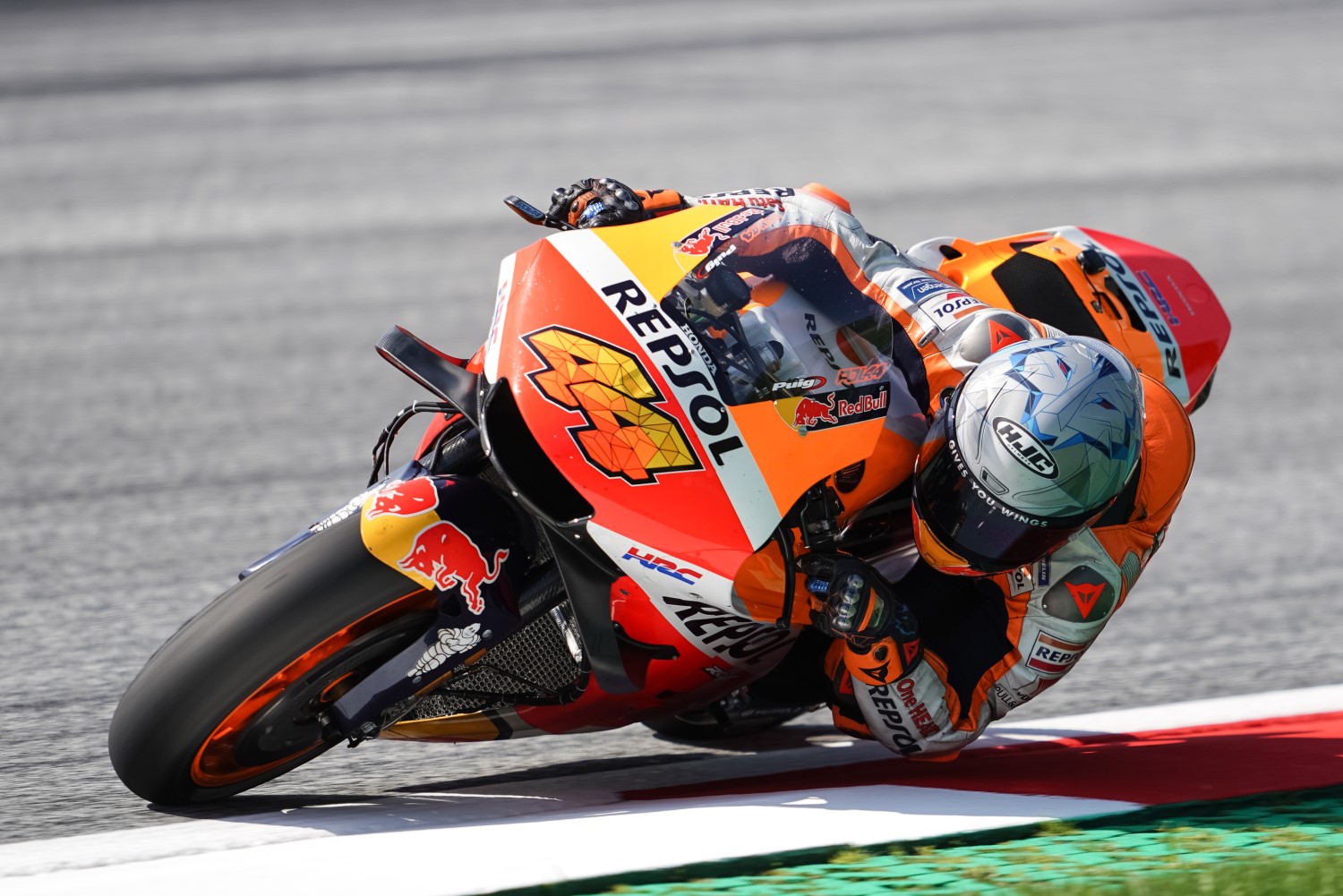 Pol Espargaro’s early weekend form converted into a sensational pole position at the British GP, his first on board the Repsol Honda Team RC213V.

A typically gloomy British morning was waiting as the MotoGP World Championship rolled out of pitlane for Free Practice 3. The cooler conditions didn’t stop the quick lap times as all of the top 11 dropped into the 1’59s.

Pol Espargaro 44
“Incredible. Just incredible. I almost can’t believe it. We arrived here in Silverstone after two really difficult weekends in Austria and this gave me a lot of motivation, a lot of fire to push this weekend. I have been feeling so good this weekend with the bike, the track, the grip and I am so pleased we were able to make the most of it today. I want to say a huge thank you to the Repsol Honda Team, to Alberto Puig, to Takeo, to Kuwata-san, all of them have helped me so much and continued to work 100% behind me no matter what. We have kept working all this time, and we will keep working, but I just want to enjoy this moment for now.”