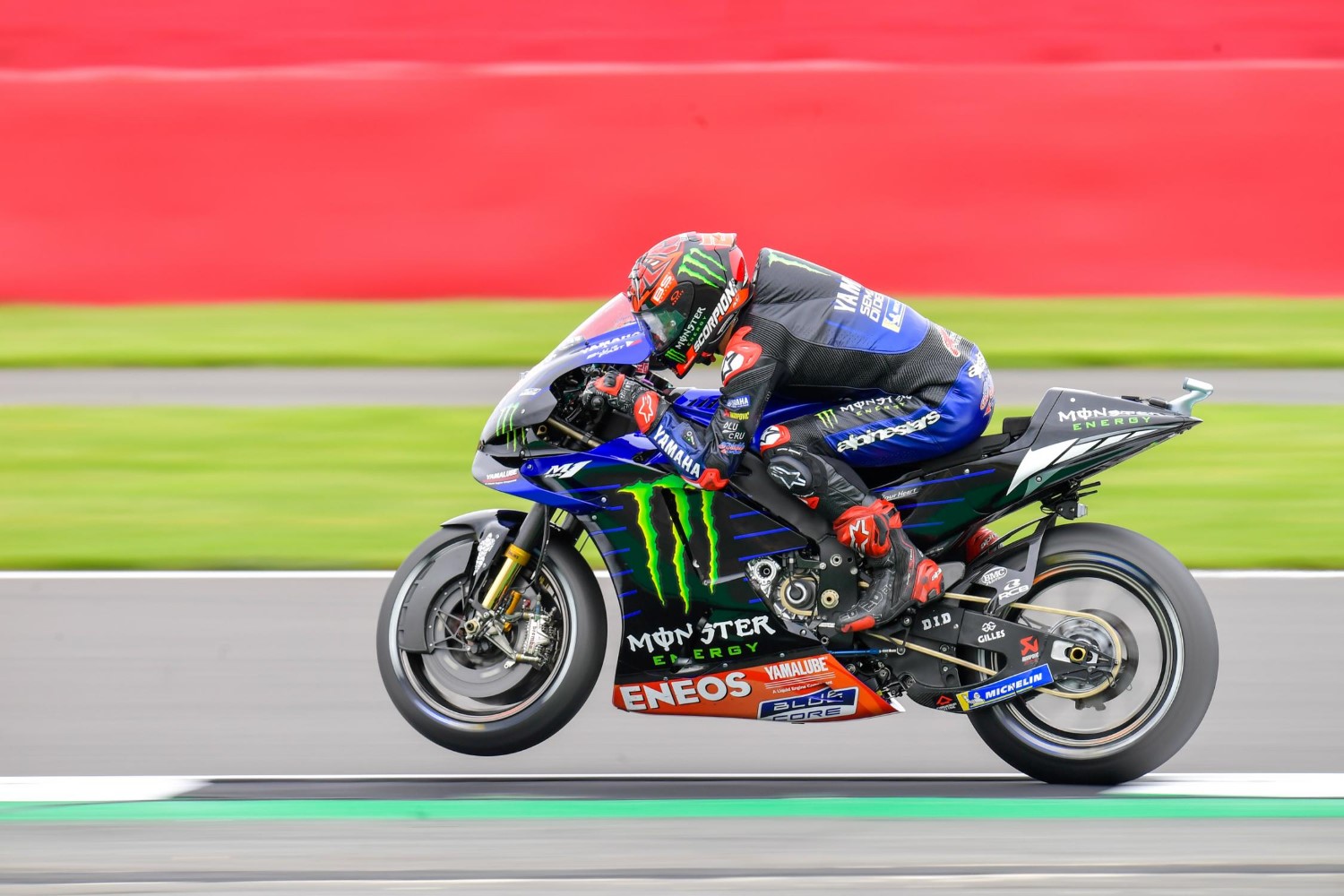 Fabio Quartararo has extended his MotoGP title lead with a fifth victory of the season in the 2021 British Grand Prix at Silverstone.

Alex Rins (his first rostrum of the season) was 2nd and and an emotional Aleix Espargaro, who won a thrilling last-lap duel with Jack Miller to make history with the RS-GP’s best-ever result in third.

Marc Marquez fell on lap 1 in turn 8-9 and took out Jorge Martin with him.

Pol Espargaro didn’t quite have the pace to stick with the podium fight in the latter stages of the race but nevertheless, it’s the Spaniard’s best result with Honda. Brad Binder (Red Bull KTM Factory Racing) made great progress in the second half of the British GP to take P6, making it a magnificent six manufacturers in the top six – the first time ever that’s happened in MotoGP. After picking up a MotoGP-best result in Austria last time out, Iker Lecuona (Tech3 KTM Factory Racing) claimed a fantastic P7 to continue his recent good run of form. The Spaniard was able to get the better of compatriot Alex Marquez, the double World Champion finished P8 ahead of Mir in ninth.