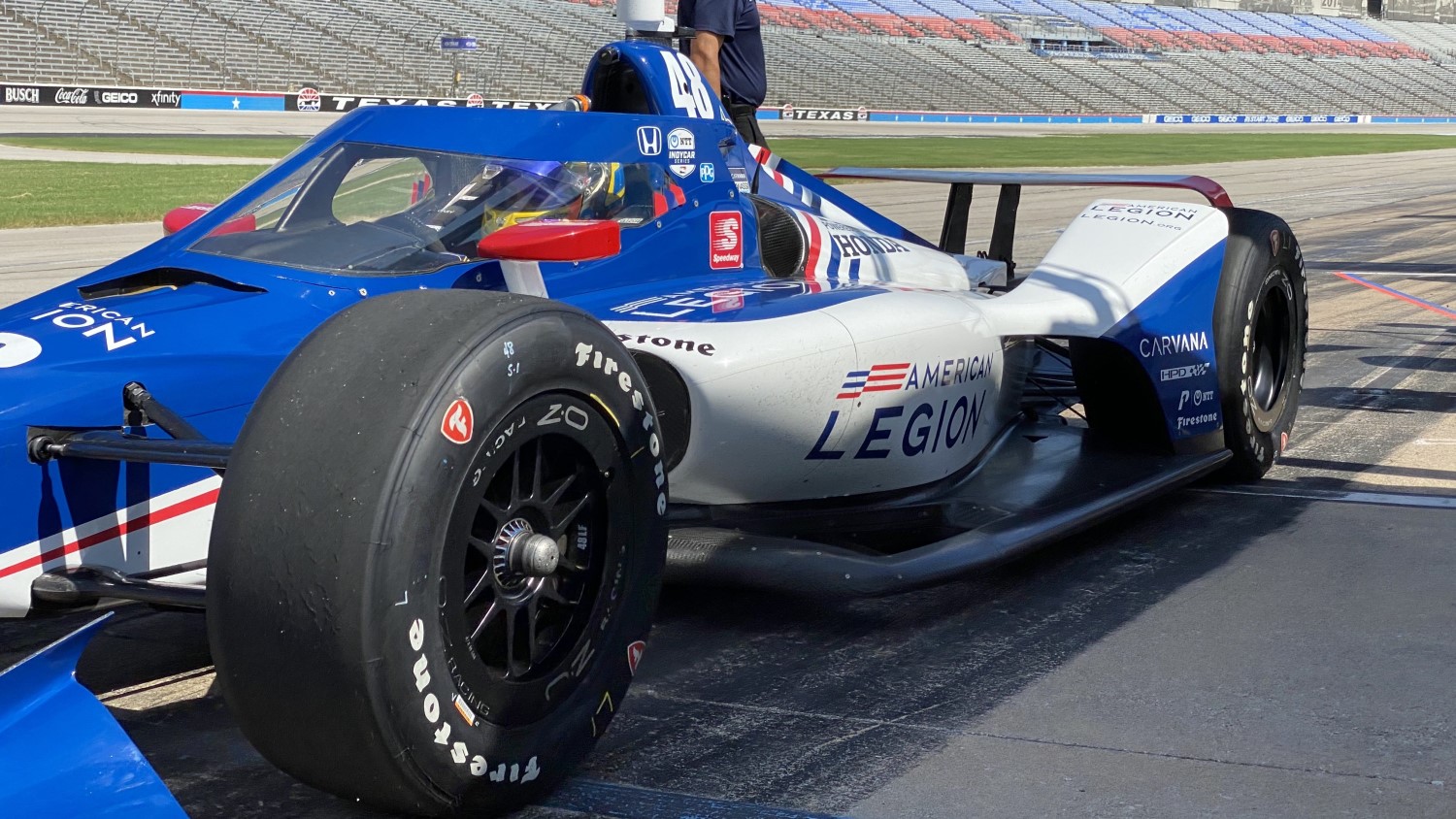 NASCAR champion Jimmie Johnson tests an IndyCar at Texas Motor Speedway, Monday August 30,2021 in preparation for an Indy 500 run in 2022.

“I need to pretend as if I’ve never been here before and then after a lot of laps, maybe pull a few small things from my NASCAR days to apply to the Indy car,” the seven-time Cup Series champion said in an interview distributed by the track after his one-day test session was complete. “Ironically, the way you use the banking to help support the race car is much more critical in an Indy car than it is in a Cup car, and the line is a bit more forgiving in a Cup car as a result. Some of my early laps I was maybe a little wide on entry and exit and putting myself in a harmful position on track, and we had to correct that and pull me back into the IndyCar line and the IndyCar mindset.”

“It’s much more responsive and certainly a bit more sensitive to the inputs that the driver gives to the car,” he said. “But it’s been really nice to be on a familiar track. I know where I am. I know what to do. I know the line around this place. Even down to simple things like knowing where the hotel was last night or knowing how to drive into the tunnel and get into the infield. There’s been some small wins that are nice to have.”

Speed on ovals is insane. Currently recalibrating my eyes. pic.twitter.com/aJ8AwyUydA

Thanks for another first today @GanassiChip. Plenty of depth in the driver coaching department too. pic.twitter.com/U4aKDeGYL3