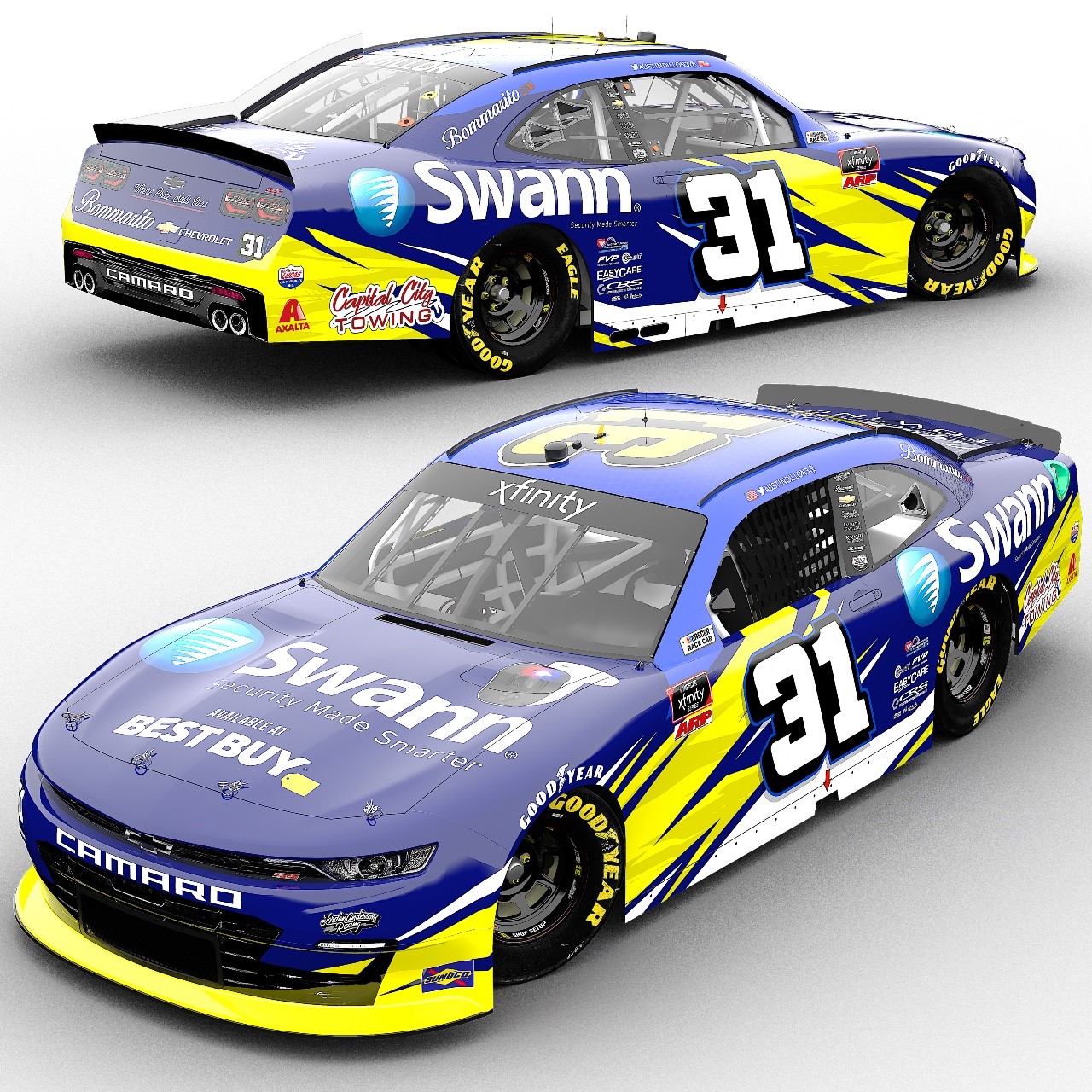 “It’s always fun when I get to race in the NASCAR Xfinity Series, especially at a track as historic and difficult as Darlington Raceway, so I’m looking forward to putting some laps around the Lady In Black in the No. 31 Chevy.” Stated Dillon.

Now in his eighth full-season of competing in the NASCAR Cup Series (NCS), the Welcome, North Carolina native holds 290 NCS starts to his credit with three victories; 2018 Daytona 500 at the Daytona (Fla.) International Speedway, 2017 Coca Cola 600 at Charlotte (N.C.) Motor Speedway, and 2020 O’Reilly Auto Parts 500 at Texas Motor Speedway. In those starts Dillon has collected 16 top-five’s and 55 top-10 finishes.

Starting Dillon’s ladder progression to NASCAR’s top-level the now 31-year-old claimed the NASCAR Camping World Truck Series (NCWTS) Sunoco ROY title in 2010 with two wins, and an impressive seven Top-5’s and 16 Top-10 finishes. Dillon backed up his first year by claiming two wins, 10 Top-5’s and 16 Top-10’s the next season on the way to being crowned 2011 NCWTS Champion.

Prior to moving to the NCS full-time Dillon much like his two years in the NCWTS captured the NASCAR Xfinity Series (NXS) Sunoco Rookie of the Year (ROY) honors in 2012, followed by claiming the NXS championship the very next year. In 149 career NXS races, Dillon has raced to nine wins with 65 top-five finishes, and 106 top-10’s.

“Austin is a driver with a lot of laps around Darlington. I’ve got confidence he’ll be able to earn us a great finish and represent our whole team and Swann Security well in front of my home state of South Carolina. With Austin’s experience, strong motors from ECR, and great cars from RCR – we’re all looking forward to Saturday’s race.” stated JAR President Jordan Anderson.

“After the mis-fortune at Daytona to open the season I could’ve never imaged to work with the drivers we’ve had compete for JAR this season. From Tyler Reddick, Josh Berry, Kaz Grala, Sage Karam, Erik Jones, and now Austin Dillon it has been a blessing to have so many great supporters believe in our vision of building this organization. It has been a true team effort of many great people to get where we are today in such a short amount of time.”

Partnering with JAR for the second time in 2021, Swann Security; a veteran in the security camera industry will adorn the hood and sides of Dillon’s blue, yellow, and white No. 31 Chevrolet Camaro SS featuring their partnership with Best Buy, who carries the entire line of Swann Security products online and in-store.

“All of us here at Swann are beyond excited to see Austin Dillon compete in the No. 31 Swann Security Chevrolet at Darlington on Labor Day Weekend,” said Leslie Conover, VP of Sales at Swann.

“We are very fortunate to be able to support such an accomplished race team. We all are eagerly awaiting the race and will be rooting for a great finish.”

During Swann’s debut with JAR in the season opening NCWTS Next Era Energy 250 at Daytona International Speedway JAR owner/driver Jordan Anderson would race the Swann ‘Enforcer’ to a second-place finish earning the 30-year-old from South Carolina his best career NASCAR finish in back-to-back season openers.