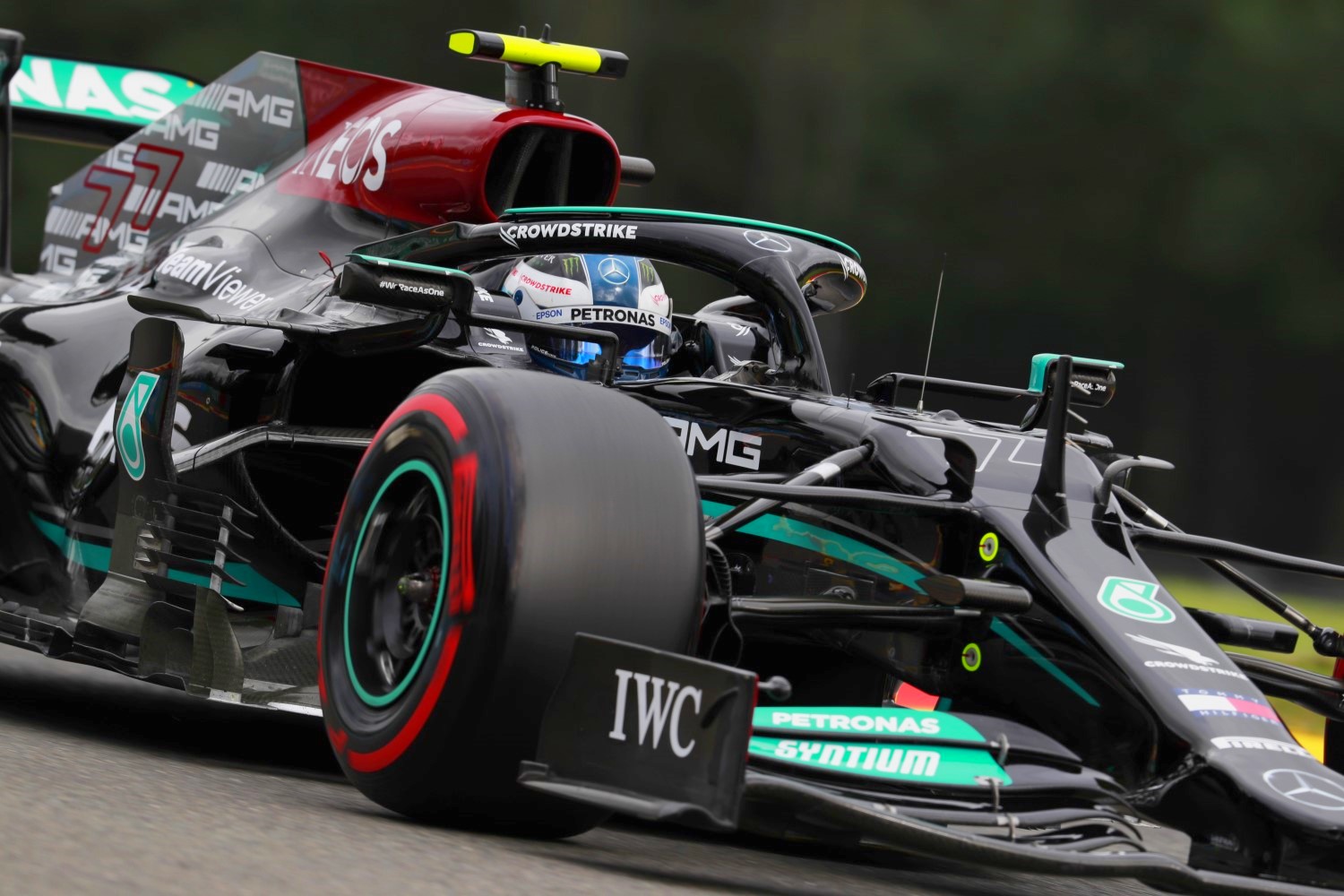 We reported last month that the latest technical needle between the title-warring teams was Red Bull and Ferrari’s suspicions about how Mercedes managed to improve its engine this year amid the homologation rules.

“According to them, the secret is in the intercooler,” Auto Motor und Sport correspondent Michael Schmidt revealed, adding that it is about the temperature of the compressed air for a 20 horsepower gain.

“The question is how far the air can be cooled and whether the sensor is mounted in a place where relevant values can be determined,” he added.

But according to a Red Bull source, the complaint was “thrown out”.

As a result, Red Bull’s Dr Helmut Marko says the Honda-powered team is now clearly inferior to Mercedes on the straights.

“The longer they are, the more we lose. From the beginning to the end,” he said.

“With his new engine, I expect Max to win the race,” he told Sky Deutschland, referring to the way the Dutchman scythed through the Sochi field after grid penalties to finish second behind Hamilton.

“But I expect Lewis Hamilton to hit back in the United States, providing he doesn’t change his engine there,” Schumacher added.

However, the German insists he has “no preference” as to who he would rather see as 2021 champion, even if he sees Verstappen as the ultimate favourite.

“That’s not partisan,” said Schumacher. “Both drivers are truly phenomenal and they really bring something unique.

“I have made my prediction and I am curious as to what the outcome will be.” (GMM)

(GMM) Red Bull has issued a fresh challenge to the legality of Mercedes’ 2021 Formula 1 engine.

Since Silverstone, there have been suspicions in the paddock – notably from Red Bull and Ferrari – about how Mercedes upped its mid-season engine performance amid the current homologation rules.

“Red Bull has sent a request to the FIA in order to discover the secret,” reported Auto Motor und Sport correspondent Michael Schmidt.

Earlier, Red Bull-Honda looked to have the upper hand in terms of outright engine performance, but that trend was reversed more recently.

Red Bull and Ferrari reportedly suspect that, based on GPS data, there are questions about how the Mercedes unit delivers power out of slow corners in particular.

“According to them, the secret is in the intercooler,” Schmidt explained, adding that it is about the temperature of the compressed air for a 20 horsepower gain.

“That’s where most of the lap time is gained,” he said. “The question is how far the air can be cooled and whether the sensor is mounted in a place where relevant values can be determined.”

In his new video for Auto, Motor und Sport Michael Schmidt talks about rumors from Spa. Red Bull would claim to have filed a complaint with the FIA. Ferrari is also said to be involved.

Mercedes is said to have a trick that seems to be legal at first. “They somehow manage to cool down the air in the plenum in the acceleration phase. This produces significantly more horsepower in that phase, but not as much by the end. This could be true when you see how Mercedes come out of the corners”, Schmidt says in the video. The plenum of an F1 car is part of the airflow structure.

Schmidt says the trick is legal in itself, but the issue is where the sensors measure the temperatures in the plenum, as there is only a certain temperature allowed. “I don’t think you’re allowed to be below ten degrees [in terms of outside temperature] and Red Bull claims the sensors are in a place where it’s always made sure it’s warm enough.”