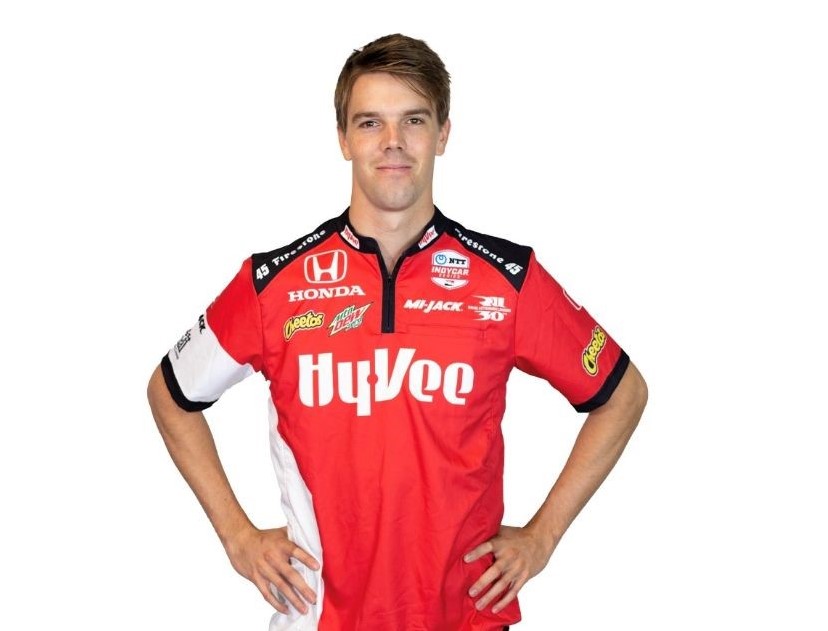 Rahal Letterman Lanigan Racing (RLL) announced today that Oliver Askew, 24, will compete in the No. 45 Hy-Vee entry at the final three races in the 2021 NTT INDYCAR SERIES season in Portland, Ore., Monterey and Long Beach, Calif. Hy-Vee, Inc. – an employee-owned supermarket chain that operates more than 280 retail stores across eight Midwestern states – was the primary sponsor of Graham Rahal’s entry for two races this season as well as a full season associate and was the primary sponsor of the No. 45 Hy-Vee-sponsored entry at the Indy 500, doubleheader races in Detroit, Mid-Ohio and Nashville.

“It’s fantastic opportunity to run the final three races of the season with such a capable team in Rahal Letterman Lanigan Racing,” said Oliver Askew. “We had a very productive test together a few weeks ago at Barber and I’m excited to drive the team’s car again, this time in Hy-Vee colors in one of the most competitive racing environments the world has ever seen. I believe we can put together a great string of results and I’m excited to get to work.”

Askew is a graduate of the Road to Indy ladder system with championships in Indy Lights (2019) and Cooper Tires USF2000 (2017). He made his debut in the INDYCAR SERIES with Arrow McLaren SP in 2020 completing a rise from go-karts to Indy cars in four seasons. In 2020, he had a best start of fifth place in the GMR Grand Prix at Indianapolis Motor Speedway and a best finish of third at Iowa Speedway in Race 1 of the doubleheader. In 2021, he has competed in two NTT INDYCAR SERIES races, one each for Arrow McLaren SP (Detroit, Race 2) and Ed Carpenter Racing (Road America) as the replacement for their injured drivers Felix Rosenqvist and Rinus VeeKay, respectively. Also in 2021, he made his sports car racing debut at the Rolex 24 at Daytona and won the LMP3 class with Riley Motorsports.