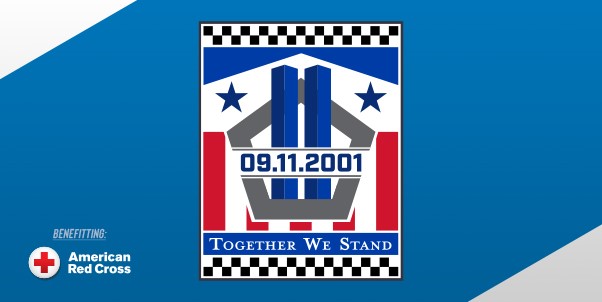 INDYCAR will commemorate the 20th anniversary of the September 2001 terrorist attacks on America through a variety of special activities leading into Saturday, Sept. 11.

A commemorative charitable pin, a blood donation call-out in partnership with the American Red Cross and a moment of silence Sept. 11 during the Grand Prix of Portland NTT INDYCAR SERIES race weekend are planned as memorials honoring the victims of the attacks and commemorating the heroes of the response and recovery effort. Nearly 3,000 lives were lost and thousands more were injured Sept. 11, 2001, in the deadliest terrorist attack on U.S. soil.

“9/11 was a tragic day, and the heartbreak and sorrow of our grieving nation still feels raw two decades later,” said Mark Miles, president and CEO of Penske Entertainment Corp. “The entire INDYCAR family of drivers, teams, officials, partners and fans is committed to honoring the memory of those we lost and recognizing the heroes who contributed to the response effort and who have protected our freedom since Sept. 11, 2001. We also encourage everyone to join us in marking this solemn anniversary by supporting the vital mission of the American Red Cross, which played such a crucial role in the aftermath of the attacks and continues to faithfully serve all of our communities today.”

The commemorative pin, available for pre-order now at shop.indycar.com, features a logo including the date 9.11.2001, the twin towers of the World Trade Center in New York, the outline of the Pentagon and the motto “Together We Stand.” Net proceeds of pin sales will benefit the American Red Cross, and the pin also will be worn by members of the NTT INDYCAR SERIES paddock during the Grand Prix of Portland race weekend. The logo also will be on display on all NTT INDYCAR SERIES and Indy Lights race entries across the weekend.

Fans are encouraged to donate blood through the American Red Cross as part of the September 11 National Day of Service and Remembrance, as the COVID-19 pandemic has created an urgent need for blood donations across America. INDYCAR and the Red Cross will issue several callouts to fans ahead of this year’s solemn anniversary. Visit redcross.org/give-blood.html to find out how to give blood in your area and to learn about more opportunities to support vital Hurricane Ida relief efforts.

Alongside Portland International Raceway, INDYCAR also will hold a venue-wide moment of silence at 7:28 a.m. (PT) – the time the North Tower of the World Trade Center collapsed Sept. 11, 2001 – on Saturday morning, Sept. 11 to honor the memory of those lost during the attacks. In addition, INDYCAR and PIR will include a tribute during pre-race ceremonies Sunday, Sept. 12.

Visit this site for more information about INDYCAR memorial activities surrounding the 20th anniversary of the 9/11 attacks.