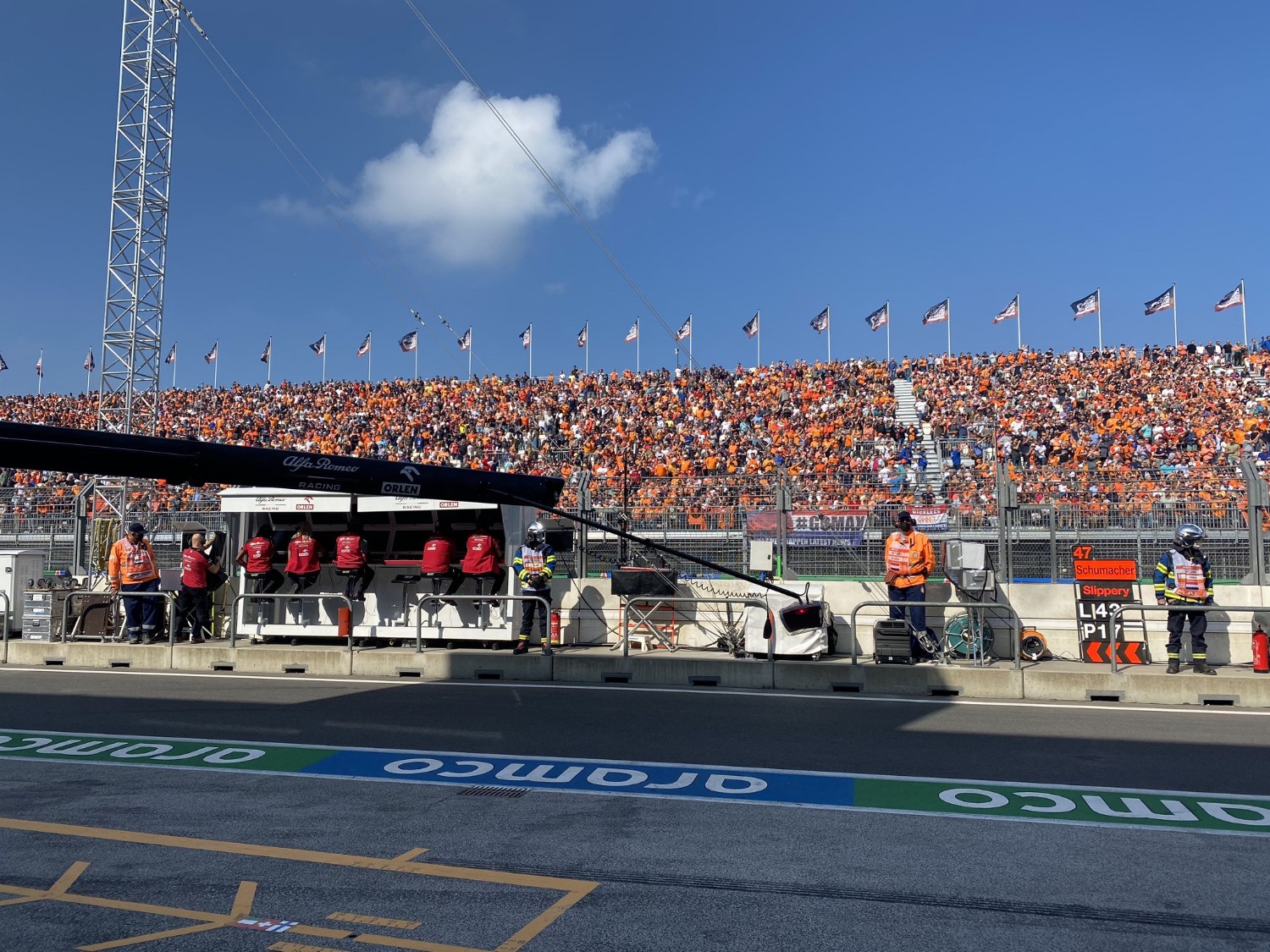 On a track clearly too Mickey Mouse for today’s F1 cars, Lewis Hamilton turned a lap of 1m11.500s lap to top Dutch here Max Verstappen by 0.097s in opening practice for the Dutch GP at Zandvoort.

The Ferraris of Carlos Sainz Jr. and Charles Leclerc were 3rd and 4th quick 0.101s and 0.123s behind respectively.

Valtteri Bottas rounded out the top-5 in the 2nd Mercedes, 0.238s behind his teammate.

What was supposed to be a learning session turned into a frustrating one, with over half of FP1 lost to red flags after Vettel pulled over with a suspected engine failure. It wasn’t straightforward for anyone though, with Tsunoda and Ocon spinning early as well.

After Vettel blew an engine and brought out a lengthy Red Flag, the drivers only got a handful of fast laps in during the session and the traffic was so bad it was hard to tell who is really fastest.  Winning the pole will be key to winning the race here.