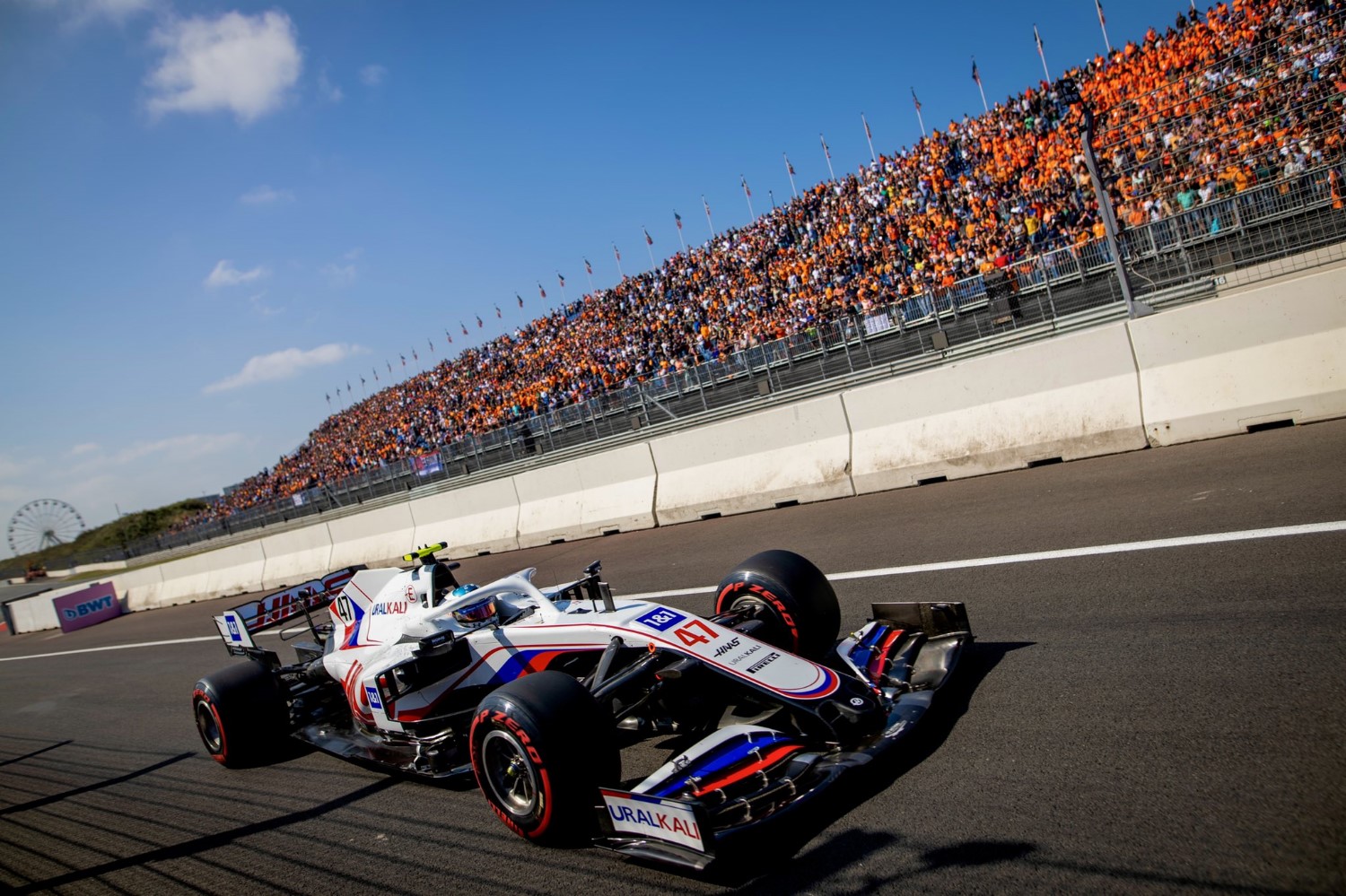 After qualifying, controversial Russian Nikita Mazepin lost his cool with teammate Mick Schumacher, claiming his fellow rookie broke an agreement to give him track position in qualifying.

Their scruffy scuffle led to Sebastian Vettel being blocked behind them – and all three drivers were summoned to the stewards.

“He behaved like a true gentleman during the investigation,” Mazepin told Match TV, referring to Vettel.

“He focused the most on the general problem of driving slowly before a lap. I am grateful to him for that.”

Mazepin’s comments about Schumacher, however, were filled with expletives, as he accused the German of openly ignoring an internal team rule about alternating the ideal track position from race to race.

“I am Russian, and I think that we are very straightforward. I know my place in the team,” Mazepin insisted. “I have a team boss, and I am more than happy to follow the rules because I think it is very important to be a team.

“What I don’t like about people is their audacity when they fight for 19th place. I think it just shows their true nature, and I will not tolerate that.

“I’ll just be myself, no matter the outcome, and I’ll listen to my team boss, who is Gunther, and do what I’m told until the last day of my Formula 1 career, which I hope is very far away.”

Schumacher denied any wrongdoing, and Mazepin confirmed that the matter was promptly discussed behind closed doors at Haas.

“I think one thing is clear now – the system that I was told about in Imola no longer works. I’m not sure when or how this changed,” said Mazepin.

“I didn’t know anything about the rules before Imola, but then the team management told us how to do it, and he simply broke the rules in Spielberg and again now.

Boss Steiner, who is rarely shy to publicly rebuke his drivers, is playing down the team’s latest turmoil.

“We are a young team with young drivers,” he said at Zandvoort. “It won’t be the last time something like this happens.

“I would prefer we have situations like this now than next year, when hopefully our car will be better. You have to understand that our drivers are currently only fighting against each other and not against other drivers.

“Both want to prove that they are better than the other,” Steiner explained. “I would be disappointed if it wasn’t that way.

“But the relationship is suffering because of that. So we have to bring that to an acceptable level, even if there is no magic formula.”

Amid a controversial and tumultuous rookie season for Mazepin both on and off the circuit, Steiner on this occasion defended the Russian following his outburst.

“Sometimes you have to let out your frustration,” he said. “Nikita didn’t have all the information at that point.

“We discussed it, which wasn’t an easy situation, but there wasn’t any intention against him behind it.”