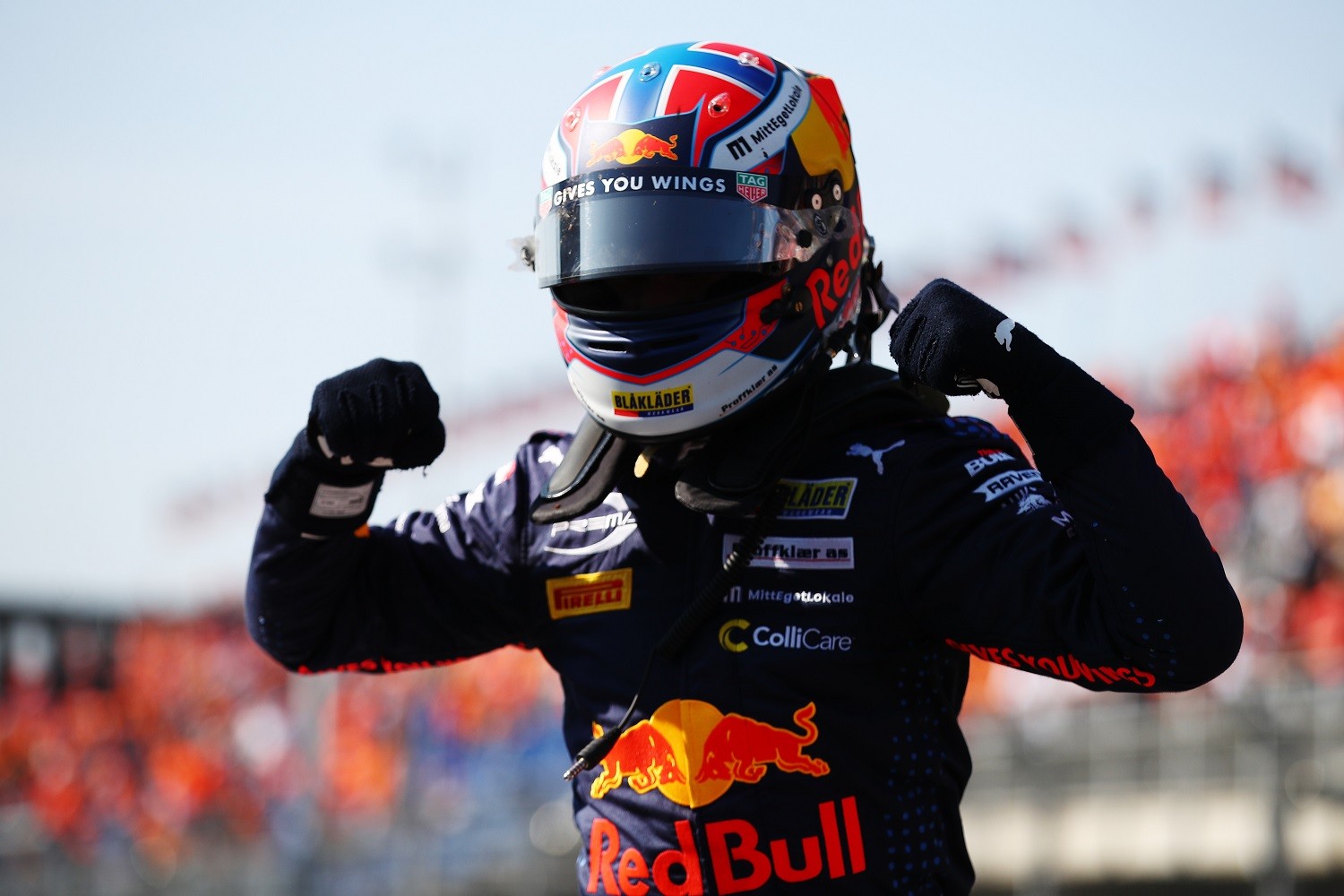 Dennis Hauger has one hand on the title after a dominant Race 3 win in Zandvoort, beating Clément Novalak and Alex Smolyar by more than five seconds, the pair gifted a podium with three laps to go when Victor Martins collected second-placed, David Schumacher.

Two of those final three laps were spent under a Virtual Safety Car, with Martins handed a 10s penalty for the collision that took Schumacher out of the race. Martins dropped to tenth as Novalak claimed his second podium of the weekend, ahead of Smolyar.

Hauger was already well in front and set the fastest lap to add an additional 27 points to his Championship lead with one round to go. The PREMA’s main rival, Jack Doohan, finished ahead of Caio Collet in fourth, unable to find a way onto the podium.

On a sunny morning on the Dutch coastline, Hauger arrived at the first turn with the lead after brushing off an attempt from Schumacher to charge in front. The top three all completed the opening lap as they started it, with Martins third, but Doohan dropped to sixth after a sluggish getaway, losing spots to Novalak and Smolyar.

Collet fell three places during a difficult getaway, but the MP Motorsport driver got to work reclaiming them on Lap 2, picking off Logan Sargeant for eighth.

After winning Race 2 from fifth, Martins was doing his best to replicate that performance, hounding the back of Schumacher into Turn 1. The German was just over a second back from Hauger and without DRS but somehow managed to cling onto second despite a lock-up at Turn 1.

Crawford was struggling for grip in seventh and lost the back of Doohan, with the Australian moving out of DRS range, and this allowed Collet to jump the American. Sargeant followed him through shortly after, pushing the Hitech down to eighth.

After several laps of chasing, Schumacher had completely lost the race leader, with Hauger scampering off into the distance and building up a 3.4s lead. The Trident was still managing to keep Martins at bay, though, with MP asking the Frenchman for a “mega” final few laps.

The race felt as if it had been a little quiet for F3, but with just three laps to go, Martins sparked a dramatic final stint. Attempting to give his team the “mega” final laps they asked for, the Frenchman braved a last gasp move on Schumacher at Turn 3, but clipped the back of the Trident and sent the German spinning off track.

Novalak dashed into second as a dejected Schumacher clambered out of his Trident. Martins managed to stay on track and retained P3 but was handed a 10s-time penalty for causing the collision, which dropped him to tenth.

After a two-lap stint under Virtual Safety Car conditions, the field were given one final lap to change the order. Hauger was more than 5s ahead, though, and passed the checkered flag first to clinch his fourth win of the season.

Novalak followed, with Smolyar taking third after Martins’ penalty, the Russian up five places from his starting place of eighth. Doohan and Collet completed the top five, followed by Sargeant, Crawford, Vesti and Arthur Leclerc.